The Stranger Who Changed My Life: Lady of the Library

The elegant woman didn’t seem to belong in these stuffy old stacks. But the book she handed me transformed my world.

At ten years old, I borrowed a book from the library that had the word mistress in the title. Granted, the cover art featured a gilded carriage reminiscent of Cinderella’s, with sparkles that flashed in the spokes of the wheels. My mother did not notice this book amid my stack of 20 until I was at home reading it. The book was confiscated, and we went back to the library. I remember how embarrassed I was as my mother explained that I needed reading material that was different from the book, ahem—she cleared her throat and looked down—that we had just returned.

The librarian on duty was the antithesis of the stereotype. She was tall and thin with short auburn hair swept back from pale, high cheekbones. Her eyes were large and green. Instead of glasses perched on the end of her aristocratic nose (you could just tell that she had an aristocrat in there somewhere), she wore a quarter-size, filigree-framed magnifying glass suspended from a braided gold chain.

Holding up one elegant finger, she looked down at me and smiled, walked from behind the counter, and beckoned for me to follow. We skirted the clunky computers with their green screen savers and crossed the tiled hallway to the carpeted adult fiction section. She was dressed simply in sage-colored slacks and a flowing floral blouse. But her walk was so graceful that she could easily have qualified for a part in a musical with Fred Astaire.

She walked down an aisle through the S’s, tapping a fingernail against her even, white teeth. “Here you are,” she said. Looking at her, one would have thought she spoke with a proper British accent. Instead, her pronunciation was honey-dipped and distinctly Southern. Deeply Southern. “It’s called I Capture the Castle, by Dodie Smith. The same author who wrote 101 Dalmatians.”

I felt far too old for dog stories and villains as hyperbolized as Cruella de Vil.

“It’s very different from 101 Dalmatians, though,” she said, registering my disappointment.

I tried to give her the benefit of the doubt. But I was skeptical. I mean, the title alone was weird. I Capture the Castle? It sounded like a bunch of dumb kids playing King of the Hill.

I took the book home, curled up on our window seat, and started reading: “I write this sitting in the kitchen sink. That is, my feet are in it; the rest of me is on the draining-board, which I have padded with our dog’s blanket and the tea-cosy. I can’t say that I am really comfortable, and there is a depressing smell of carbolic soap, but this is the only part of the kitchen where there is any daylight left. And I have found that sitting in a place where you have never sat before can be inspiring—I wrote my very best poem while sitting on the hen-house. Though even that isn’t a very good poem. I have decided my poetry is so bad I mustn’t write any more of it.”

I was hooked. Absolutely hooked. I had a henhouse. I wanted to be a writer. I loved to scribble in strange places and felt insecure about my poetry.

I never told the librarian how much that book meant to me. How it spurred my writing dreams to the point that I took journals on hikes through the woods and paused to jot down notes in the crook of an old tree near a clear, cold stream.

Two weeks ago, I drove two and a half hours to meet my mother for a Christmas luncheon in a quaint tea shop in my old hometown square. I don’t often take my young daughter on road trips by myself, as she needs someone to entertain her if she is not asleep. This combined with a two-hour traffic jam that awoke my daughter, because the car stopped for traffic, to set my nerves on edge.

I had just finished thawing my nerves and my hands with a cup of coffee in the tea shop when I looked up and saw her. I saw the auburn-haired librarian who had changed my life. Sixteen years had passed, but—for a moment—time stood still. There were a few more crinkles around her eyes, and as she crossed the polished hardwood floor toward a table draped with imported English lace, she might’ve moved just a bit more slowly.

And yet she still possessed that transcendent beauty, that refined grace not quantified by age, symmetry, or fad. A lump blocked my throat as, from her neck, I saw a filigreed magnifying glass suspended from a braided gold chain.

My teacup clattered to my saucer as I rose to my feet. I moved toward her—all knees and elbows and energy—and blurted, “You work at the library! You once showed me I Capture the Castle! I’m a writer now! That’s still my favorite book!”

The woman paused and smiled kindly. But then she tipped her auburn head. I realized that dementia or something like it had kept her from understanding me. My face flamed. I stepped back. A woman who resembled the librarian and was probably her sister took her by the elbow and led her gently away.

As I watched her go, her stride just as light as I remembered it, I wondered how many lives we change without realizing what we do is significant. For all that woman had really done was lend me a book. But it had captured my world. 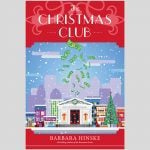 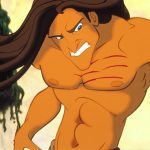