When a Car Plunged Into a Philadelphia Creek, These Strangers All Ran to Help

This extraordinary group of Samaritans worked together to save a woman from drowning. 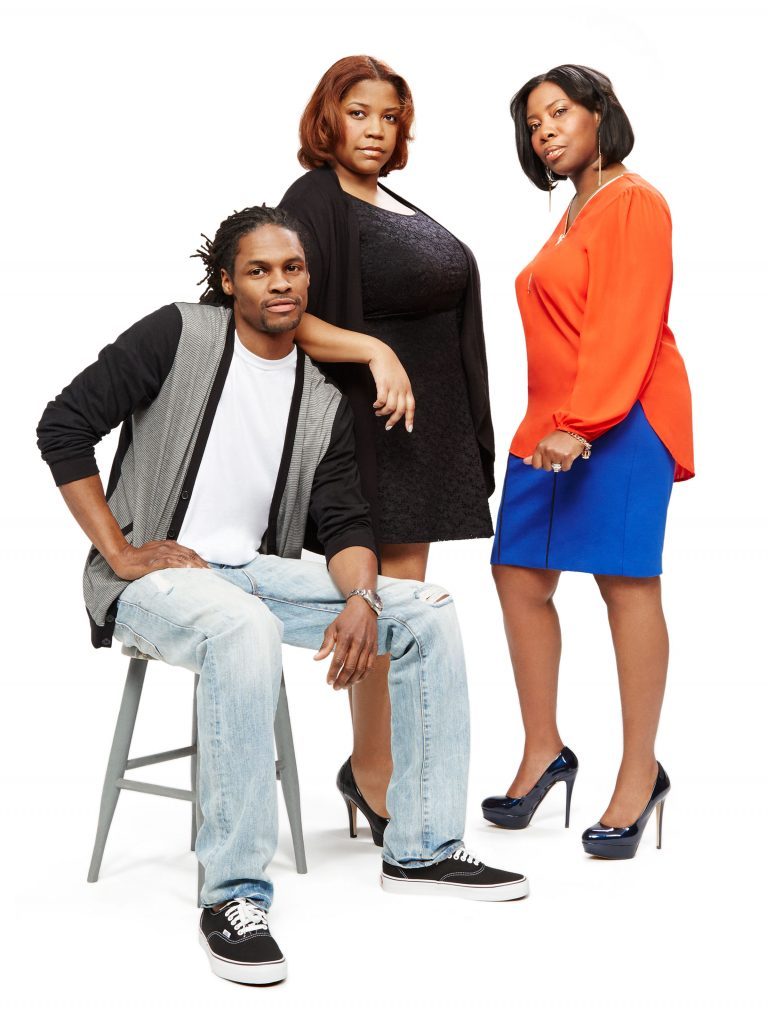 On an August afternoon last year, Pamela Rivers, 40, and her friend Rita Graham, 38, were stopped at a red light on Cobb’s Creek Parkway in South Philadelphia when a white SUV traveling in the opposite direction veered across traffic in front of them. It then jumped the curb and streaked through a grassy expanse before plunging down an embankment toward Cobb’s Creek. Pamela quickly pulled over, jumped out of her car, and dialed 911.

Kenny Gibson, 23, and his friend Taron Green, 25, were driving home from a contracting job when Rita flagged them down. Kenny stopped, and the men got out of the car and peered over the cliff. The SUV had landed upside down in five feet of water. A woman’s leg could be seen flailing out the driver’s side window.

“I have a fear of water,” Kenny says now. “I almost drowned when I was nine.” Even so, he and Taron hustled down the 50-foot embankment into the murky water. “I couldn’t just leave her,” he adds.

The men waded out to the car and saw that the woman, Cheryl Allison, 61, was partially submerged. Kenny tried unsuccessfully to open the door. Then he punched out the window, slicing his hand on the glass. But when he reached in to pull out Cheryl, he found she was trapped by the seat belt.

“Run back to the truck and grab a box cutter,” Kenny yelled to Taron. Meanwhile, Kenny tried in vain to push the car onto its side to create an air pocket for Cheryl.

That’s when mechanic Marcell Porter approached the site. “I flipped into rescue mode,” he said. When Taron returned, Kenny sliced through the seat belt with the box cutter. He and Marcell tried to pull Cheryl out, but she wouldn’t budge.

Marcell shattered the rear window with a rock, hoping to extricate her from the back. Then he saw that she was still strapped in by her shoulder belt. Marcell reached for the box cutter and sliced the remaining strap in two. Kenny leaned in, grabbed Cheryl by the waist, and pulled her out feetfirst. Marcell grasped Cheryl’s legs, and they managed to drag her lifeless body onto a rock.

“Give her CPR!” Pamela yelled down to them. But the two men had no idea what to do. “Put your mouth on her mouth and breathe,” she shouted to Marcell. And to Kenny, “Pump her chest!”

“We tried three times,” says Marcell. Finally, Cheryl burped up water and started moving her fingers. The men rolled her over onto her stomach to let out more water.

Soon an ambulance arrived and transported Cheryl to the hospital, where doctors treated her for broken ribs and a fractured sternum. They never discovered what caused her to pass out, but she assumes it had something to do with the sweltering summer heat.

Over the next few days, the five rescuers took turns visiting Cheryl in the hospital, where they shared hugs and tears. “We couldn’t believe she was all right,” says Pamela.

“It’s just amazing that these five people [came together],” says Cheryl. She stays in touch with her “angels” via frequent phone calls. “They are really beautiful people,” she says.