When the Mother of His Infant Died, This Dad Asked the Internet for Breast Milk. Hundreds of Women Responded.

Single dad Alex Green never expected to be a member of a Facebook group for Portland moms.

When their son, Brody, was born last year, Alex Green and Catherine Twete cherished the newborn baby. On Facebook, Catherine gushed about the joys of motherhood: “I hold onto these moments and never forget.” Alex posted photos of a smiling, gurgling Brody. The parents had every reason to relish in the future.

Catherine was riding in the passenger seat of a car when the driver lost control and rolled over near the couple’s home in Bend, Oregon. Catherine was killed instantly, according to local reports, and that single moment marked the end of the young family’s fairytale.

Before she died, Catherine had planned to breastfeed Brody until he was at least a year old. Now, with the baby just three months old, that plan was cut short.

“We were planning on co-parenting,” Alex said. He could do almost anything for baby Brody—except breastfeed him.

In order to honor Catherine’s last wish, Alex went on a mission to find breast milk for Brody. But his initial search for milk donations at local hospitals came up dry.

“I broke down and started crying in the hospital. I wasn’t sure what I was going to do,” he said.

“Brody and I live in Bend but I am not having any luck finding milk here,” he wrote on the group’s wall. “If anyone on this page has any milk or knows where I can get some either donated or moderately priced, that would be amazing.”

The decision to post in the group was an uncomfortable one for Alex, who described himself to huffingtonpost.com as “a very quiet, kind of personal person.” But he believed the action to be a crucial one: “I knew his mom wanted to breastfeed for a year, and I was willing to do whatever it takes to do that for him,” he told KATU News.

Support from the group’s 11,000 members was immediate and overwhelming. Within hours, hundreds of people—from both Portland and Bend—had already reached out to Alex, offering donations that soared to more than 1,000 ounces of milk in total. 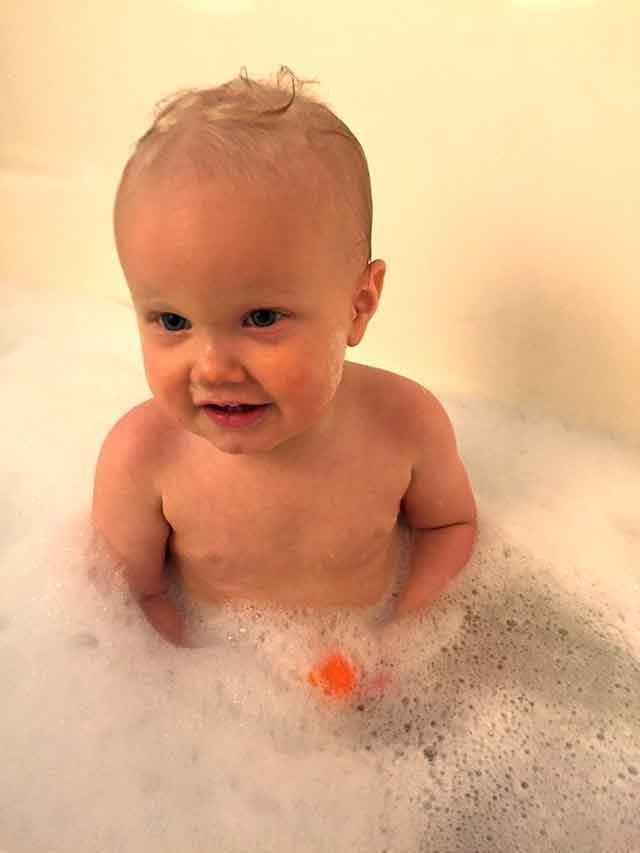 Since then, Alex has spent the weekends traveling to areas across the state to gather donations. He even launched his own Facebook page for donations, called “Breast Milk for Brody,” which has gained almost 300 members. Several local women’s groups also agreed to donate breast milk for baby Brody every few months.

“I couldn’t have done it with out the help and support of people, and the goodwill of strangers who took an interest in our story,” Alex said. “I think people were trying to make me out to be some hero, but I think any parent would do whatever it took to provide for their infant.”

Now Brody is a happy, healthy, 16-month-old who loves golf, playing outside, and being in the water.

“He’s one of the happiest babies you’ll ever meet,” Alex said. “He’s happy. That’s the only thing I’d ever want.”

If you or someone you know would like to donate, please visit the National Milk Bank website.

MORE: 12 Short Sweet Stories About Moms That Will Make You Want to Call Yours