This Is the World’s Biggest Restaurant Chain (Hint: It’s not McDonald’s!)

Their specialty isn't burgers. Think you know what it is now? 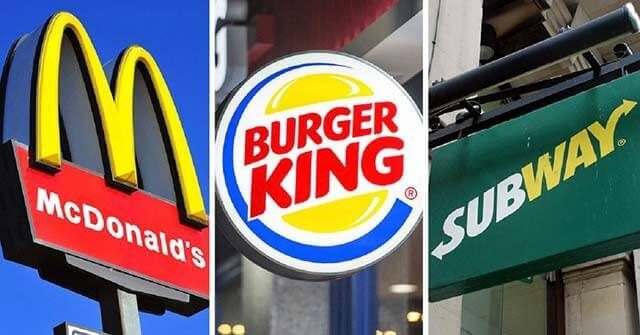 In 1965, 17-year-old Fred DeLuca borrowed $1,000 from Peter Buck to form Pete’s Super Submarines. Never heard of it? The restaurant from Bridgeport, Connecticut, now goes by the more succinct “Subway,” along with the 40,000-plus other locations worldwide. (Give these deliciously healthy sandwich recipes a try.)

Thank goodness for that! Imagine the sandwich techs today: “Welcome to Pete’s Super Submarines. Some sauce on your super-succulent sub sandwich?” as they gather orders for the 7.6 million sandwiches made daily around the globe.

How’d Subway get so popular?

It may be because Subway is one of the least expensive restaurants to franchise, according to Business Insider. Or maybe it’s just that crazy-delicious aroma of baking bread. Or the 38 million possible ingredient combinations from which to choose. (By the way, this doesn’t even include secret menu items, such as the Chicken Cordon Bleu Sandwich and Eggs Florentine Flatbread.) Whatever the reason, DeLuca turned his sandwich artistry into franchise magic, surpassing McDonald’s in restaurant locations by the end of 2010, says CNN Money. (This is the secret ingredient that makes McDonald’s fries so addicting.)

Where isn’t there a Subway?

They’re on every continent except Antarctica (for now). Worried about having to give up your favorite turkey on wheat or meatball on white while you travel to landlocked central Europe? No worries—head to Lichtenstein. Too busy carting the children to Sunday school to grab a Sweet Onion Chicken Teriyaki? Kill two birds with one stone at True Bethel Baptist Church in Buffalo, New York, where people have been worshiping and enjoying a footlong under the same roof since 2004. The pastor there happens to be the franchise owner, and if you go, you’d be supporting a location that helps teach job skills to underprivileged community members.

However and wherever you choose to chow down on your Subway sandwich, you’ll be in good company – 5,300 people (per minute!) can’t be wrong.

In other crazy fast food news, this is why Wendy’s is the only fast food chain that serves potatoes.

How to Remove Almost Every Type of Stain
If You See a Yellow Cap on Coca-Cola, This Is What It Means
Why Is 7-Eleven Open 24 Hours If It’s Called “7-Eleven”?