The Stampeding Crowd Sounded Like a Train Moving Through the Mall

I got caught up in everyone's flee to safety. 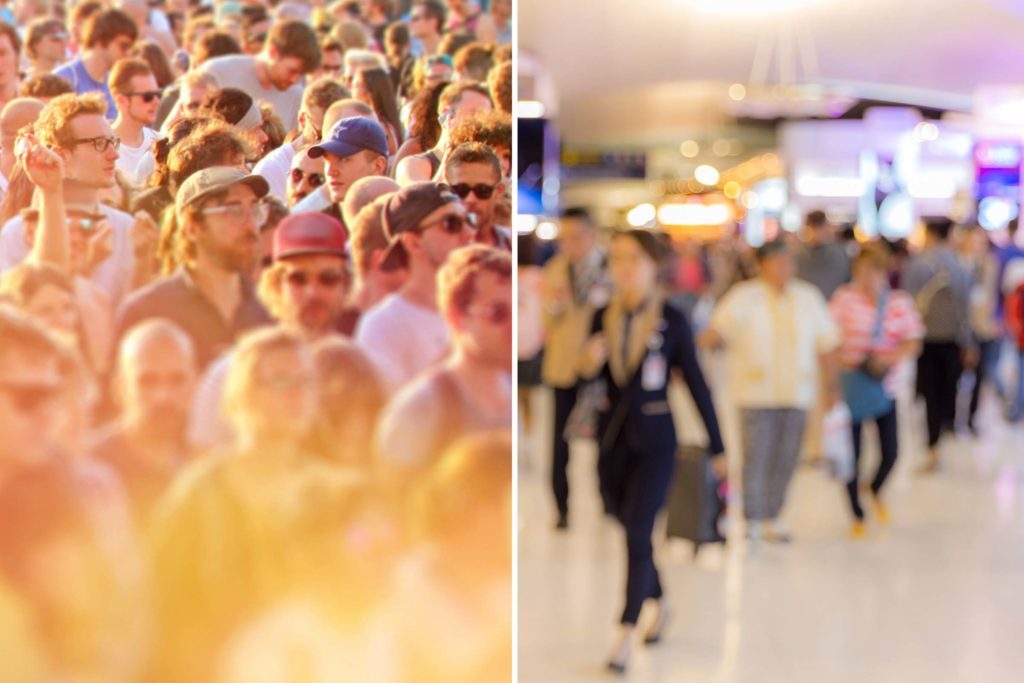 It was last August, and as we were about to leave the Crabtree Valley Mall in Raleigh, North Carolina, my sister stepped into a kids’ shoe store near the food court. My 15-year-old nephew took the opportunity to refill his drink. While my mother waited near the store with my niece, I went to round up my nephew.

It was a stampede, and it was about to swallow up my nephew. I watched the wave of people as it reached him. His drink long forgotten, he had to run or he’d be trampled. So he ran.

And that’s when I heard the gunshots ring out behind me—clear, loud, and unmistakable.

People’s belongings—bags, cell phones—were tossed aside, sacrificed in the primal urge to flee to safety. Food and drinks were spilling everywhere, making the floor impossibly slippery. I was being pushed, pulled, and shoved. Someone ripped my dress, and I fell to my knees, my face nearly thrust into a sweeper basket, the kind mall employees use to collect trash off the floors.

I scrambled up and saw my nephew too far ahead for me to reach. I yelled his name, but my voice was swallowed up by the deafening noise of the mob.

“Stay on your feet,” I kept telling myself. “Please, God.” It was as much of a prayer as I could muster in those moments.

I finally passed through the exit doors, eyes on my nephew. I watched him cross over a bridge connecting the mall to the parking deck. I charged along the bridge as best I could in the crowd. He turned left and took refuge in a concrete alcove. I followed him there and grabbed his arm.

With both of us breathing hard, our conversation was choppy and functional.

“They went into Stride Rite.”

My mom and six-year-old niece had been outside the shoe store waiting for my sister when the stampede overtook them. Big, unknown hands pushed Mom to the ground. She quickly pulled my niece down, and they crawled under a table, which is where my sister found them.

The mob passed by, and suddenly they were alone in this large, open space. Being exposed felt even more dangerous than the stampeding crowd.

Two men ran to them, yelling something. Were these the shooters? One of the men suddenly had Mom in a bear hug, and she was up, helped back to her feet. The men hurried off.

Shortly thereafter, my family appeared outside: Mom, barefoot from having lost her shoes in the melee, and my sister and niece. Mom’s breathing was labored, her mouth gaped open, and her chest heaved.

My sister had my mother by the arm and was guiding her. I took her other arm and began repeating over and over, “Everyone is OK. No one is hurt.”

As minutes passed, we watched police arrive and begin blocking the mall entrances, their long guns in tow as they guarded the doors. Ultimately, EMS crews transported eight people to local hospitals for injuries sustained in the stampede, but no shooter was ever found.

No one is certain what triggered the mayhem. Was it an active shooter? Was it an act of terrorism? We may never know, but one thing is certain: Inciting terror in the public causes a herd mentality to take over. Mob rule becomes the prevailing force. Reactions are visceral. People fight for their own survival. Many will be ruthless in this fight. We were scared for our lives.

How to calm your inner panic if you ever find yourself in a situation like this: