What Happens to Survivors of Mass Shootings? Their Untold Story

In the aftermath of a mass shooting, the attention often goes to those who lost their lives, and rightly so. But survivors struggle for years to come.

“Yes, we’re putting out a damn paper tomorrow.” Those were the words of the journalists who survived the mass shooting in Annapolis, Maryland, that killed five of their Capital Gazette colleagues in June 2018. It was step one in their ongoing healing process.

As the last few weeks have proven yet again, mass shootings are part of everyday life in America. In fact, the New York Times recorded 29 mass shootings in the past five years, and Everytown for Gun Safety reports that nearly 2,000 people have died in mass shootings since Columbine in 1999. Of course, media outlets focus on the staggering gun violence statistics, why it’s so hard to stop gun violence in the United States, and the stories of the victims (and rightly so), but there’s one thing they often overlook: the impact of these shootings on survivors, who experience grief, guilt, and a host of mental health issues as they try to move forward after these tragedies. That impact is something that Selene San Felice, one of the survivors of the Capital Gazette shooting, understands all too well. She lives with the repercussions of that horrible event every day.

RELATED: I’m a Shooting Survivor—And I Am Looking for More Than Just “Thoughts and Prayers”

San Felice, now 25 and a newsletter writer for Axios, luckily found shelter from the bullets behind a desk during the shooting, but the incident has taken a serious emotional toll on her. “At first, I couldn’t be alone in a room,” she recounts. “I slept in the same bed as my mom for at least a week, and I would just wake up and cry and then have to start my day, which would usually include a funeral, a memorial service, and/or work.”

With each knock on her front door in those early days—usually, the media seeking her out for an interview—San Felice relived the shooting all over again. “Every time someone rang the doorbell, it might as well have been gunfire,” she explains. “I would immediately start crying. It was like an assault on my senses.”

Being anywhere around crowds was also traumatic for San Felice, and that’s still the case nearly three years later. Plus, with every mass shooting that occurs, the young journalist wrestles with a slew of now-all-too-familiar emotions. “There’s usually this cycle of shock and anger and sadness I go through,” she says. “I’m angry that it happened again, I’m sad for all those people who lost loved ones and for those who survived the shooting, and then I’m angry because it’s usually all over social media and the news and I’m seeing the same mistakes from the press over and over. People sharing photos of the shooter, weird obscure details about the shooter—all that kind of stuff.”

While every survivor’s experience is different, many may also experience common trauma-related conditions like PTSD, survivor’s guilt, OCD, anxiety, and depression. According to the National Center for PTSD, around 28 percent of people who have witnessed a mass shooting will experience PTSD and a third will develop acute stress disorder. PTSD has also been linked to an increase in suicide rates; two survivors of 2018’s Parkland school shooting died by suicide the following year. “Right out of the gate, survivors are likely to experience headaches, stomachaches, and sleep problems,” says Roseann Capa-Hodge, a school psychologist in Connecticut, who has worked with the survivors of the Sandy Hook school shooting. “As time goes on, they may face changes in behavior, like increased rage and fear, withdrawal, and a decrease in overall functionality on the job or in relationships.”

San Felice and her colleagues had to figure out the balancing act of beginning to heal while returning to work almost immediately. “Jumping back into work was kind of like breaking a leg and then trying to walk on it as it heals,” she says. “It hurts, but you have to do it.”

One of the aspects of this particular first step that helped was being among her coworkers, who shared her trauma experience. “They were the only people who truly understood,” she explains. “We also wanted to go back to work to honor our colleagues.”

Research backs up that approach of seeking out other survivors for social support. A 2018 report in Psychological Trauma: Theory, Research, Practice and Policy looked into student adjustment following a mass murder tragedy and found that survivors ranked student-initiated and student-led memorial activities as most helpful. This extends beyond the immediate survivor group and out into the general community, too. “I cannot express enough how much community support matters,” Capa-Hodge says. “After Sandy Hook, survivors and their families hunkered down and embraced various tools to take care of themselves.”

By working together as a community, these survivors didn’t have to explain to anyone how they were feeling. They all understood because they were all going through the same thing, and that’s something that helps over the long haul, as well. Exactly how survivors and their communities stay connected isn’t important, but doing so is. “This can look like a group text, gathering in safe spaces, or coming together on anniversary dates,” says Capa-Hodge. San Felice says that, even though she now lives in another state, she’s still in regular contact with her Gazette colleagues. “We check in with each other almost daily,” she says. “We’re like a family.”

RELATED: Italy Has a Gun Culture but No Mass Shootings—Here’s Why

Finding a therapist who understands trauma is key in the healing process. “Trauma activates your central nervous system and puts you in a state of fight or flight,” Capa-Hodge explains. “You need therapies that will help reduce this activation so that you can get to the business of changing your thoughts and healing emotionally.” Long-term care might include cognitive behavioral intervention for trauma, which teaches survivors coping mechanisms like breath work, neurofeedback, guided meditation, and tools for acquiring the essential sleep they need.

For San Felice, the ongoing healing process has included therapy, medication, and connection, among other tools. The recovery process is not linear, however. “Every time there’s another shooting, there are setbacks,” she says. “I get upset watching the media coverage because of the mistakes I continue to see in this regard.”

The continued violence and coverage of the shootings also often leave San Felice feeling helpless. “I think about those I lost,” she says. “They were real people, and there’s so much pain in losing them.”

This June, she will return to Annapolis to reunite with her Gazette colleagues on the three-year anniversary of the tragedy. “Last year we couldn’t really gather as we wanted to because of the pandemic,” she says. “This year we’ll be vaccinated, and I’m looking forward to seeing everyone and being together. Hopefully, it’s going to help all of us.”

RELATED: Here’s Why Gun Makers Are Off the Hook for Mass Shootings

A Teacher’s Strategy to Stop Shootings

Ex-Gunman on How to Stop Shooters

Why Guns Aren't a God-Given Right 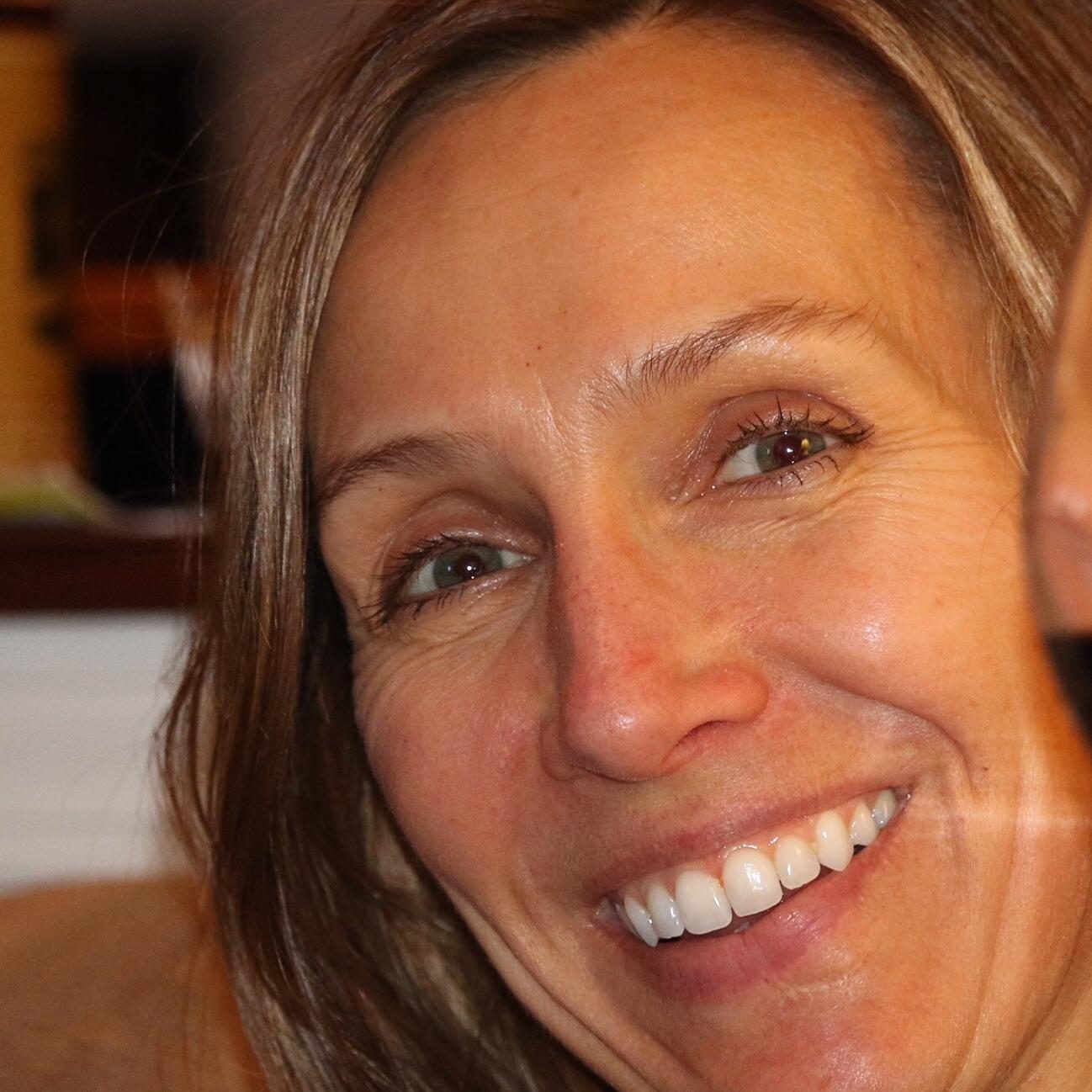 Amanda Esch Loudin
Amanda Loudin is a results-driven, detail- and deadline-oriented freelance content writer and journalist whose work has appeared in the Washington Post, NBC, Money magazine, Outside magazine and dozens more. Niches include health, science, and the outdoors, as well as supply chain management. She is skilled with newsletters, features, sponsored and promotional content, and social media. Loudin excels at taking complex issues and breaking them down into concise, digestible content.

20 Best Deals for Father’s Day 2022 You Won’t Want to Miss
23 Good News Stories That Came Out of 2020
What Is “Doomscrolling”—and How Can You Stop the Cycle?