The quickest way to learn about a new country and its culture is to chat with the experts: people who already live there. 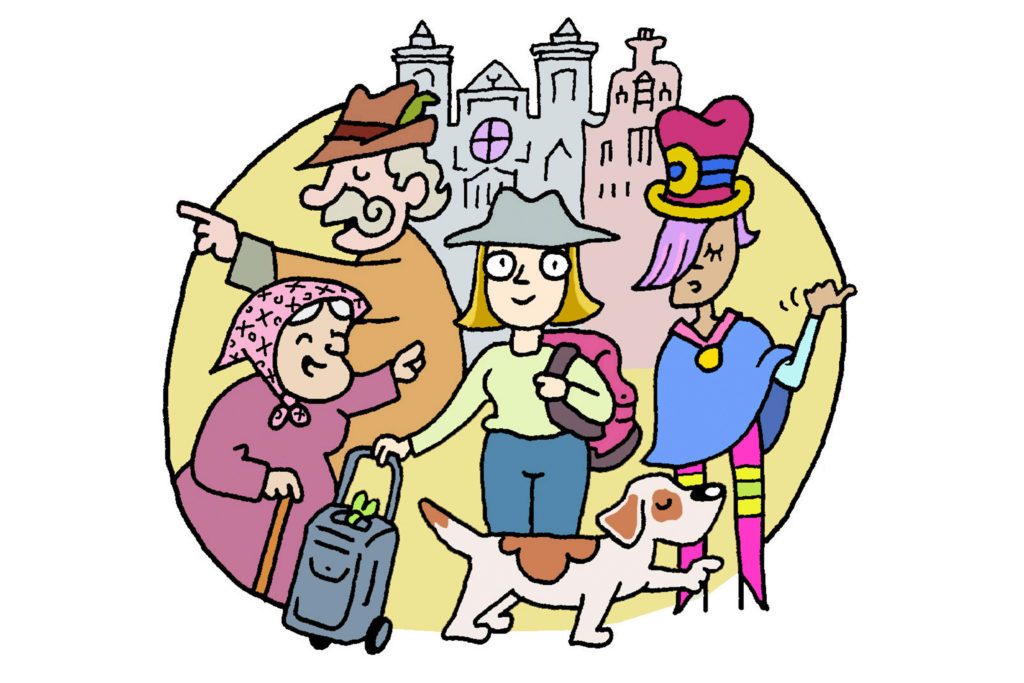 Tom BloomI love to travel alone for one reason: the strangers. I talk to people who live in the places I go, travelers, anyone with a story, anyone who may turn my path a different way from what I had planned. These encounters cement my memories of a place, and my relationship to it.

Once, on an overnight train from Frankfurt to Milan, I shared a cabin with a prim German woman, maybe in her 70s. I asked her about the newspaper she was reading and got a rundown of the merits and failures of a dozen publications. But I was in the wrong time zone. I soon fell asleep.

Hours later, I woke up to a whisper. “Are you awake?” She beckoned me to the window. The train was on a slow arc around the shore of a vast black lake. There were a few towns scattered like bits of moonlight, broken loose from the great glowing strip across the still surface of the water. “It’s Lake Como,” she told me. “I visit sometimes. I would stay forever if I could.” She paused; I waited. “What a moon. Isn’t it the most beautiful thing you’ve ever seen?”

It was, and had I not connected with her over that newspaper, I would not have seen it. Talking to strangers along your travels can change your trip into an adventure. Here are five rules of thumb to serve as your guide.

On a long-ago, haphazard road trip, I made a pilgrimage to Nashville’s Hatch Show Print shop. Waiting in a line, I asked the woman ahead of me if she was from the area. “Nope. Oklahoma,” she told me. “Why?” I replied that I was on a road trip, looking for things to do. The man behind me jumped in. “Where are you headed after this?” I told him Colorado, and he grinned. “Stop in Lucas, Kansas. It’s a little off the highway. Go to S. P. Dinsmoor’s Garden of Eden. It’s a crazy man’s house and sculpture garden. Just go.” The place was right up my alley: strange, historic, handmade.

Before that, I’d been kind of a snob about other tourists, but I learned a lesson: When you go someplace off the beaten path, you’re likely to have something in common with the other tourists there. Find them, and ask where they would go. They’re going to offer advice made of gold. 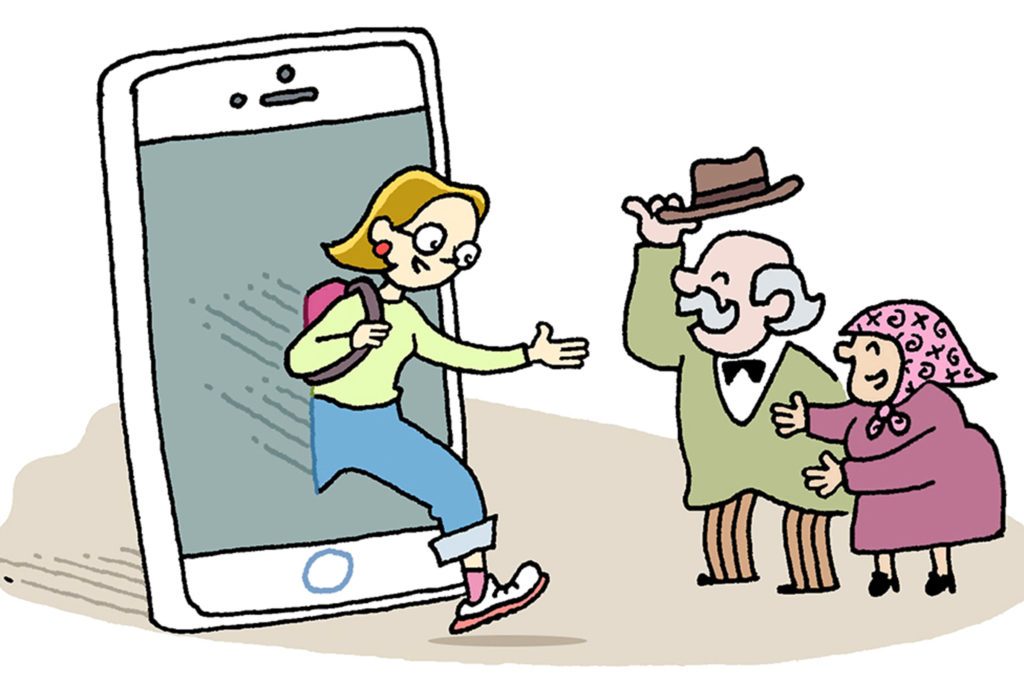 Tom BloomYou need to be an open person, with open body language and open eyes—and without a shield. The world through my phone has its own pleasures, including (sometimes) a sense of community. But my phone often gets between me and the surroundings, ruining my chances to make eye contact with the people I see. It’s the antithesis of being present. If ditching it isn’t viable or feels unsafe to you, take a deep breath and make a sacred deal with yourself not to touch it. Put it in a different pocket than you usually do or tie a string around it or cover it with tape to remind you to put it away every time you reach for it.

Let strangers make all your plans

I’ll start by choosing a place to have morning coffee or breakfast. After that, I let a local make every decision, asking the proprietor or someone sitting close by to suggest what to do. Every time I’m ready to go to the next place, I ask another stranger.
I’ve found that the easiest way to do this is to talk to people who are in “open roles,” such as people who work in restaurants, stores, or museums; anyone in a public service job; or taxi drivers. Or ask someone seated near you on a bench or in a café. Ask where the person’s favorite street is. Ask where he or she takes visitors. Ask if there’s a residential area where it would be nice to take a walk. Keep asking until you’re too tired to speak.

Use a paper map—or none at all 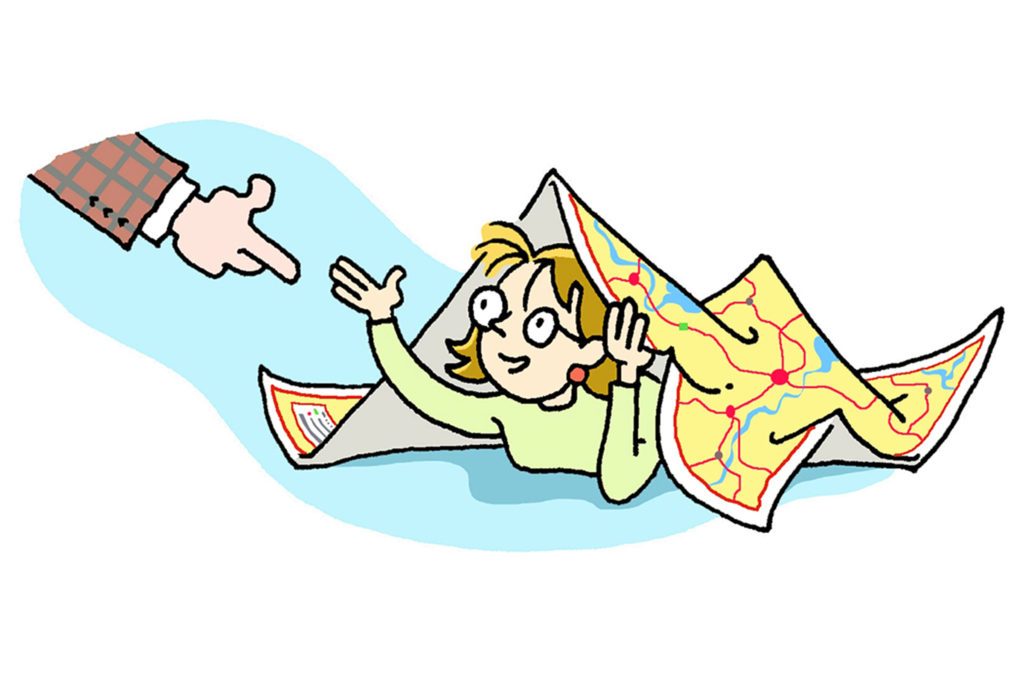 Tom BloomOn a visit to London a few years ago, I decided to skip paying for a data plan. The result was ridiculous and delightful. My first night out, I checked Google Maps on my laptop before I left and sketched directions to a dinner I was to attend. I emerged from the Tube and got hopelessly lost. The small street in the address was nowhere to be found. It began to rain. I asked a man outside a bar where the street was. He had no idea but shooed me inside to keep dry. No one else knew, either, so I had dinner on a pub stool, riveted by a woman drinking straight gin and telling me about her years as a spy.

The takeaway: Ask for directions a lot. Asking for any kind of help is the key to many doors. It’s a vulnerable act that invites genuine, unguarded assistance.

Exploring isn’t just about you. People love to tell their own stories, and you can invite that. Not every stranger is going to take you up on it, but some people will, and their stories can make a place unforgettable.

Finding good questions to ask means observing. Noticing. I thought to ask the woman on the train about newspapers because I saw she was reading one from Berlin, though she had said she lived in Frankfurt. I’ve discovered that a well-turned question shows that you are really paying attention, that you are curious and ready to listen. A good question is a form of seduction. And like seduction’s cousin—flattery—it will get you everywhere.