A Teacher Remembers: The Student Who Taught Me My Greatest Lesson About Being a Mom

When a troubled student fled the school, teacher Rachel Macy Stafford got a lesson in life outside the classroom.

I was two years shy of becoming a mother when I learned my greatest lesson about parenting. This information was not gleaned from a New York Times bestseller, a renowned pediatrician, or an experienced parent. It came from a ten-year-old boy born to a drug-addicted mother, with an Individualized Education Plan thicker than an encyclopedia—a boy with permanent scars along the side of his left arm from a beating with an extension cord when he was three. Kyle* taught me the one and only thing I really needed to know about loving a child through the challenges of life: Be present.

It had been a difficult move. I’d left my family and friends in Indiana, the beloved state where I’d lived most of my life. My new home in Florida was thousands of miles away from anything I knew. It was hot—all the time. Jobs were hard to come by, but I was up for almost any challenge.

I accepted a position teaching students ages 6 to 12 with severe learning and behavioral difficulties who’d been shuffled from school to school. So far, no program in the district was able to meet their needs.

Another teacher and I had spent weeks teaching the children appropriate behavior for public outings; on this particular day, we would be going to play miniature golf and to eat lunch in a restaurant. Miraculously, only a few students, including Kyle, had not earned the privilege of going. He was determined to make his disappointment known.

In the corridor between classrooms, he began screaming, cursing, spitting, and swinging at anything within striking distance. Once his outburst subsided, he did what he’d done when he was angry at all his other schools, at home, even once at a juvenile detention center. He ran.

The crowd of onlookers that congregated during the spectacle watched in disbelief as Kyle dashed straight into the heavy morning traffic in front of the school.

I heard someone shout, “Call the police!”

But I couldn’t just stand there. So I ran after him.

Kyle was at least a foot taller than me. And he was fast. His older brothers were track stars at the nearby high school. But I had worn running shoes for the field trip, and I could run long distances without tiring. I would at least be able to keep him in my sight and know he was alive.

After several blocks of running directly into oncoming traffic, Kyle slowed his pace. Although it was still early, the tropical sun was beating down on the black Tarmac.

He took a sharp left and began walking through a dilapidated strip mall. Standing next to a trash compactor, Kyle bent over with his hands on his knees. He was heaving to catch his breath when he saw me. I must have looked ridiculous—the front of my lightweight blouse soaked with sweat, my once-styled hair now plastered to the side of my beet-red face. He stood up abruptly like a frightened animal.

But his was not a look of fear. I saw his body relax. He did not attempt to run again. Kyle stood still and watched me approach. I had no idea what I was going to say or do, but I kept walking closer.

We locked eyes, and I willed every ounce of compassion and understanding in my heart toward his. He opened his mouth to speak when a police car pulled up, abruptly filling the space between Kyle and me. The school principal and an officer got out. They spoke calmly to Kyle, who willingly climbed into the back of the vehicle. I couldn’t hear what was said, but I didn’t take my eyes off Kyle’s face, even as they drove away.

I shared my feelings with a speech therapist who was familiar with Kyle’s history. “No one ever ran after him before, Rachel,” she said. “No one. They just let him go.”

When Kyle eventually came back to school, I quickly noticed that when he had a choice of which teacher to work with or accompany him to special classes, he chose me. As weeks passed, he was glued to my side, complying with instructions,
attempting to do his work, and—once in a while—even smiling. For a child with severe attachment issues, it was amazing that he was developing a bond with me.

One day, Kyle unexpectedly grasped my hand. It was unusual for a boy his age and size to hold his teacher’s hand, but I knew I must act like it was the most normal thing in the world. He leaned in and quietly said something I will never forget. “I love you, Miss Stafford,” he whispered. “I never told anyone that before.” 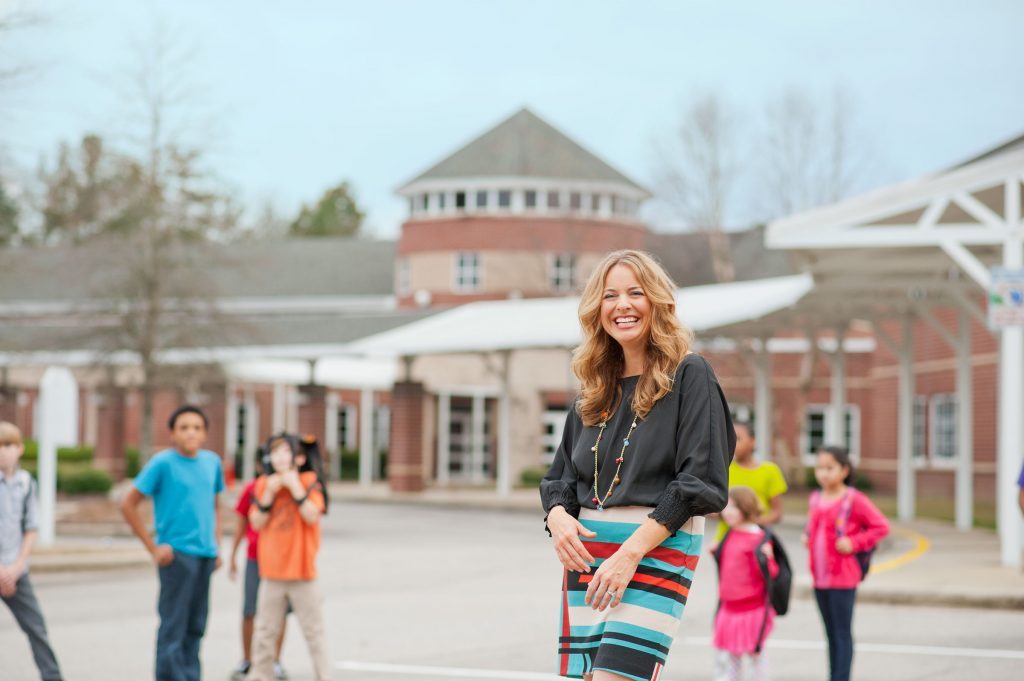 Part of me wanted to ask, “Why me?” But instead, I simply relished the moment, an unimaginable breakthrough from a child whose file bore the words: “Unable to express love or maintain a loving relationship with another human being.”

Things changed the day he ran and I ran after him, even though I didn’t have the right words, even though I wasn’t able to save him from the mess he was in. It was the day I didn’t throw my hands in the air and decide he was too fast, a waste of time and effort, a lost cause. It was the day my mere presence was enough to make a profound difference.

Writer and speaker Rachel Macy Stafford lives in Alabama with her husband and two daughters. Read more of her work at handsfreemama.com.