Scan this: October 7 is the 60th anniversary of the barcode, those ubiquitous sets of black lines/white spaces that give 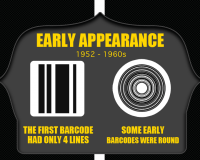 Scan this: October 7 is the 60th anniversary of the barcode, those ubiquitous sets of black lines/white spaces that give manufacturers a way to track goods, and consumers a way to learn more about them. (Hello, QR code.) I’m a sucker for good tech trivia, and thanks to this handy infographic created by Wasp Barcode Technologies to celebrate the anniversary, I now know:

•The world’s smallest barcodes were attached to bees by researchers, in order to better track the insects’ mating habits.

Well, as anyone who’s used the Internet can attest, you can’t stop at just one factoid.

•If the bees carried the smallest bar codes, then this crop circle, cut by a Canadian farmer into a cornfield, marks the largest one on record (via Smithsonian.com).

•You can take your barcode into the afterlife. QR codes are now being engraved or set into headstones; visitors can scan with their smartphones to get a digital memorial of the deceased (via ABCNews.go.com).

•And, a fast pop-culture roundup, the DeLorean in Back to the Future sported a barcode license plate (it was rumored that Steve Jobs did, too); there are barcode buildings in St. Petersburg and Sydney; and barcode tattoos have appeared everywhere from Fincher’s Alien 3 to Coupland’s “Microserfs.” 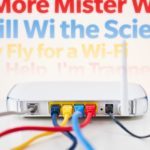