A third-grade class knows exactly what will brighten an older neighbor’s holiday meal—and it isn’t a roast turkey. 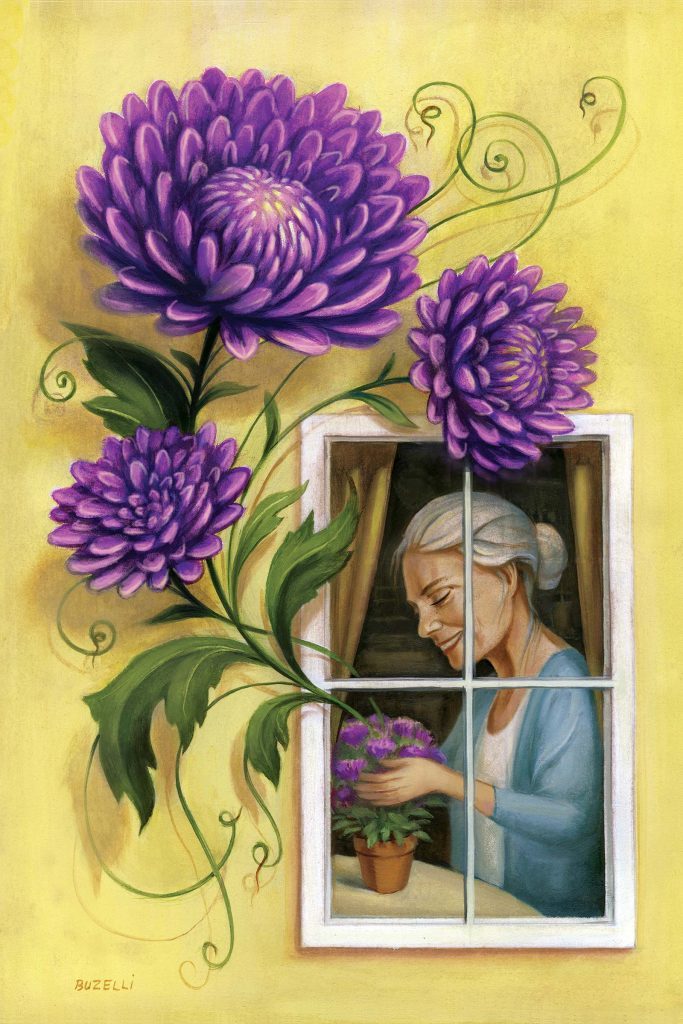 In October, I told the eight-­year-­olds in the religion class I teach in Pompton Lakes, New Jersey, about my plan. “I’d like all of you to do extra jobs around the house to earn some money,” I said. “Then we’ll buy food for a Thanksgiving dinner for someone who might not have a nice dinner otherwise.”

I wanted the children to experience Acts 20:35—that it’s more blessed to give than to receive. I wanted them to understand that religion is more than nice theological ideas; that people somehow have to make it come alive. I hoped they could experience a sense of their own power to effect change. Find out the acts of kindness that can change someone’s life right now.

Early in Thanksgiving week, the boys and girls arrived in class clutching their hard-earned money. They had raked leaves, set tables, washed dishes, helped with younger siblings. And now they couldn’t wait to go shopping.

I supervised while they darted up and down the supermarket aisles. At last we headed toward the checkout, pushing a cart filled with turkey and all the trimmings. Then someone spotted a “necessity” that sent them racing.

“Flowers!” Kristine cried. The group hurtled toward the holiday plants.

I made a pitch for practicality. It was more sensible to use any extra money to buy staples that could be stretched into meals. After all, I pronounced, “You can’t eat flowers.”

“But Mrs. Sherlock,” came the resounding wail, “we want flowers.”

Defeated, I looked at the array before us, mostly good-sized plants in shades of rust, gold, and burgundy. But stuck in the middle of the display was a pot of preposterously purple mums. “She’ll like this one,” the children agreed, and plopped the purple plant into the cart.

An agency had given us the name and address of a needy grandmother who had lived alone for many years. Soon we were bouncing along a rutted road to her house. The atmosphere in the car was definitely not spiritual. “You’re squishing me!” one voice announced. “I think I’m scared of strangers,” said another. Between the squirming and giggling and punching, and those ragamuffin purple flowers, I wasn’t sure that any lesson about giving and receiving was getting through.

We finally pulled up in front of a small bungalow tucked in the woods. A slightly built woman with a weary face came to the door to welcome us.

My little group scurried to get the food. As each box was carried in, the old woman oohed and aahed—much to her visitors’ pleasure. When Amy put the mums on the counter, the woman seemed surprised. She’s wishing it was a bag of flour, I thought.

The woman brightened. She told the children about the animals that lived close by, about the birds that flocked to the bread crumbs she put out. “Maybe that’s why the Lord sent me this food through you,” she said. “Because I share my food with the birds.”

We returned to the car. As we fastened our seat belts, we could see the kitchen window. The woman inside waved goodbye, then turned and walked across the room, past the turkey, past the trimmings, straight to the chrysanthemums. She put her face in their petals. When she raised her head, there was a smile on her lips. She was transformed before our eyes.

The children were quiet. In that one brief moment, they had seen for themselves the power they possessed to make another’s life better. And I had seen something too. This wonder had been wrought not by adult practicality but by youthful exuberance. The children had sensed that sometimes a person needs a pot of funny purple flowers on a dark November day.

“She’ll like this one,” the kids agreed as they put the purple plant into the cart.

Next, read about the acts of kindness that changed these people’s lives.

This story originally appeared in the November 1986 issue of Reader’s Digest.