The Best Damn Book About Politics Ever

This book about politics will change your outlook.

Every now and then a great writer finds his ideal subject. Herman Melville on whaling. F. Scott Fitzgerald on the American Dream. Joseph Heller on World War II. I would add to that list the crazed genius Dr. Hunter S. Thompson on the 1972 presidential campaign. With the 2012 race heating up right on schedule, now’s the time to crack open Thompson’s pre-internet, pre-cable TV masterpiece, Fear and Loathing: On the Campaign Trail ’72, and revel in the madness.

“Unlike most other correspondents,” Thompson writes in the book’s intro, “I could afford to burn all of my bridges behind me—because I was only there for a year, and the last thing I cared about was establishing long-term connections on Capitol Hill.”

Burn he did. On Democrat Hubert Humphrey: “When he ran for President four years ago he was a hack and a fool, but at least he was consistent. Now he talks like an eighty-year-old woman who just discovered speed.” On Maine Senator Edmund Muskie, also a Democrat: “Sending Muskie against Nixon would have been like sending a three-toed sloth out to seize turf from a wolverine.” And on Republican President Richard Nixon himself, who would go on to take 49 states and win by a landslide: “Our Barbie doll President…is also America’s answer to the monstrous Mr. Hyde. He speaks for the Werewolf in us; the bully, the predatory shyster who turns into something unspeakable, full of claws and bleeding string-warts, on nights when the moon comes too close…”

Yes, it’s over the top, way over the top. And, be warned, there’s a lot of offensive language, too.  But Thompson was a first-rate journalist who mixed his feverish “Gonzo” fantasies with some of the best political and cultural reporting of that or any time. So if you want to know what the country was like back then, when the Vietnam War was still going on and the crimes of Watergate were actually being committed, if you want to feel what it was like, let Thompson be your guide. When it comes to politics, it’s important to know the vocabulary. This is where the phrase “whistleblower” came from. 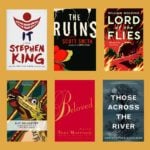 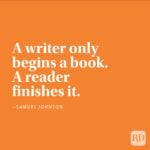 40 Reading Quotes That Will Make You Crave a Good Book