The Boy Who Defied Death

Courtesy Ostrander familyDoug Knutzen got the call at his auto shop: Emergency at the beach. Twelve-year-old Dale Ostrander of Spanaway, Courtesy Ostrander familyDoug Knutzen got the call at his auto shop: Emergency at the beach. Twelve-year-old Dale Ostrander of Spanaway, Washington, had been playing in the surf with his church youth group when a riptide swept him into the ocean. He had disappeared.

Knutzen arrived in minutes, launched a rescue craft and began coordinating operations with Eddie Mendez and other teammates. The team circled a 100-yard area the boy was last seen, scanning intently. Dale’s dark clothes made him difficult to spot, and kelp darkened the ocean waters. Dale’s big sister Amanda, watching from the shore with friends, had dropped to her knees. “We were praying just as hard as we could,” she says.

Mendez thought he saw something like a buoy rise up and disappear. He studied the current. There it was again. He raced over. The body was face down with seaweed in the hair. As Mendez pulled Dale from the water, he realized how young Dale was. “He’s only a kid,” Mendez thought. “He could be my child.”

Knutzen cradled Dale in his arms. The boy wasn’t responsive and had spent at least 15 minutes underwater. There was no breathing and no pulse. Both Knutzen and Mendez believed Dale was dead. Even so, they hurried him back to paramedics waiting on the beach to do CPR, in case there was any hope.

At the nearby hospital physicians detected a faint pulse. They airlifted Dale to Doernbecher Children’s Hospital in Portland, Oregon. Dale was unconscious and on life support when his parents arrived. A CT scan revealed global brain damage. Chad and Kirsten Ostrander weren’t sure if their son would live and remain in a coma, or if they were coming to say good-bye.

But one of Dale’s physicians, Dr. Shinpei Shibata, had a new idea. Hypothermic therapy would lower Dale’s body temperature and possibly prevent further brain damage. Two days later, when Shibata came on night duty, he heard from colleagues that the boy had not responded in any way. Shibata decided to examine him again. “Dale, wake up!” he commanded, knuckling Dale hard on the chest as family and friends looked on.

That’s when the miracle came. Dale opened his eyes and actually tried to sit up in bed. Shibata was stunned. “It was much, much more than I expected,” he says. Euphoric, Chad turned and gave his friends high-fives. Kirsten hurried in from the hallway to hold her son’s hand and see the life in his eyes again.

Since then, Dale has regained the ability to walk, write, and read, and he’s learning how to talk again. He has surprised rehabilitation physicians with his progress. Dozens of rescue and medical professionals have helped Dale get this far. Kirsten Ostrander also credits a higher power. “It has been amazing to sit back and watch God work,” she says. “Being in the middle of it, it’s all been miraculous.” 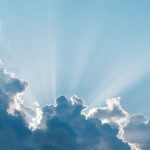 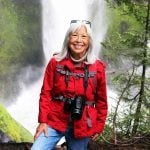