The Cheapest People in America

Think you know how to stretch a dollar? Meet the experts.

Crisp rice. Those were the words my 13-year-old scrawled on our shopping list, and how they warmed the cockles of my cents-off soul. My son had not scrawled Rice Krispies. No, he was perfectly content to indulge Mom’s penchant for off-brand, faded-label, sometimes slightly out-of-date cereal, as he was either resigned to his fate or (could I be this lucky?) actually unaware that other people breakfast on a national brand that does not include the occasional unpuffed, tooth-cracking rice pellet.

Plus: Almost Effortless Ways to Save Money

Whether he realizes it or not, that kind of hard-nosed, chip-toothed frugality is exactly what is called for in these economically tossed times. Debt is everywhere; jobs aren’t. And didn’t we all just overdose on Godiva and iPods anyway? And SUVs? It was getting a little gross. Time to spend less and enjoy more! Or at least spend less. Which I enjoy!

Being cheap comes naturally to me, by way of a mom whose morning pot of coffee was reheated and savored throughout the day(s), between her trips from this outlet to that one to buy discount clothing with the labels snipped out, Quasimodo-shaped candy from the seconds shop, or cookies that looked like Oreos but weren’t. In fact, they seemed to be stamped with something in Turkish.

There are those who like to distinguish between “the frugal,” who get a kick out of saving money, and “tightwads,” who die a thousand full-price deaths with each dollar spent. But the distinction is lost on me. I’m thrifty because I’m a tightwad and vice versa. Like many frugal folks, I also harbor a sneaking suspicion that paying retail is for suckers, as are any napkins not sold in single-ply stacks of 250 (or taken in giant wads from fast-food dispensers, but we’ll get to that).

In other words, I’m as cheap as they come, or so I thought, until I started to hunt for the Cheapest People in America. Turns out I am a mere 25-cents-off coupon when it comes to scrimping and saving.

For instance, before interviewing several dozen cheapskates, I had no idea that there are legions of people who keep an empty McDonald’s coffee cup in the car. That way, they can run in and get a “refill” anytime they spy a golden arch.

Janet Hinz has a dad who’s one of them. An ethics professor in Whitefish Bay, Wisconsin, Hinz uses him as an example with her students: Yes, she posits, McDonald’s does offer free refills, but for life? And how about people who go to the pizza parlor and empty the red pepper flakes into a napkin to take home (another trait of Papa Hinz), along with most of the rest of the napkins? Is that ethical? Do you ever take an extra napkin, or two, or 20? she asks her students. Where do you draw the line?

For penny-pinchers, the line between thrift and thievery turns out to be as tangled as a yard-sale yo-yo. For instance, I heard about one guy who gets into the movies this way: He strides in, holds his glasses aloft, and announces, “I found them in the car!” Then he keeps on walking.

Merely classless was the boyfriend of a gal I’ll call Chloe: He had her drive 40 miles to his house, then took her “out” to KFC. He paid with a two-for-one coupon and made Chloe pay her half. And speaking of half, another woman was having a hard time with her less than generous beau, so they decided to try some therapy and split the cost. After a few sessions that she paid for up front, she asked him to pay his share. He refused: “We talked about you most of the time.”

This is the same guy she’d been dating on her 40th birthday, a day on which she suggested they pack a picnic and bring along a bottle of champagne.

“No,” said Prince Charming. “Let’s wait for a special occasion.”

She is happy to report that whatever that is, he’ll be celebrating alone.

But then there are the people utterly simpatico in their skinflintedness. One couple I know spend their anniversary at the Hallmark store reading cards aloud to each other. Then they stroll back out, hearts touched, wallets not.

Plus: Is reusing garbage bags being a tightwad or being frugal? You Decide.

Doug and Denise Winston of Bakersfield, California, have also come to a dollar-saving détente. He no longer laughs when she maps out her Saturday errands so she can do them all without making any left turns. “It saves me wear and tear and time and fuel,” explains Denise, a former banker, noting that UPS follows the same strategy.

Of course, UPS probably doesn’t try her other trick: buying a gift card on her way into a restaurant. Often the restaurant will sell a $25 card for $20, says Denise. Then she and her husband waltz in, buy some happy hour beer with the card, and eat the bar snacks for dinner. Meantime, she’s getting 5 percent back from her credit card (so the card really costs her only $19), and her money is still in the bank, earning interest!

Denise knows she might sound almost pathologically stingy, but the Winstons have saved enough money to buy a plane. Yep, a private plane.

Other frugal folks divulged tips that might not quite cover the cost of a jet, even a toy one, but made some sense. For instance, if you’ve got a piece of meat with freezer burn, don’t throw it out. Cut out the offensive portions, toss it in the slow cooker, and make stew-for your dog.

Speaking of food, when Ray Lesser was growing up in Cleveland, his mother and aunt, who lived down the street, struck a deal. “Every Tuesday,” he says, “they would trade each other’s surplus leftovers and palm them off on us kids as a whole new meal.”

Throughout most of American history, it was considered admirable to waste not, want not, says Lauren Weber, author of In Cheap We Trust: The Story of a Misunderstood American Virtue. Ben Franklin got rich recommending it. Housewives embroidered pillows espousing it. But even back then, Weber says, people generally preferred praising thrift to actually practicing it. In fact, once people actually had extra money, they generally got around to spending it. Think of the Gilded Age and gold pocket watches. Think of the stock market, circa September 1929. We were never a nation entirely devoted to saving. But massive, mutant overspending seemed to come to a head just in the past generation, says Weber, when investment banking became the career of choice for college grads and McMansions sprang up like dandelions-giant, hard-to-heat, overmortgaged dandelions, which finally brought us to our knees.

Franklin-like thrift was certainly a virtue in Weber’s own home: Her dad rationed toilet paper and kept the thermostat set to a frosty 50 degrees in the New England winter. But the money he saved allowed his three kids to go to college-the private college of their choice.

And that’s the secret about cheap people: They aren’t necessarily cheap on all fronts. Some spring for education or vacations, or they’re generous with others if not with themselves.

“Everybody has his or her own drug” is how Buffalo, New York’s Ken Michnik puts it. Michnik’s “drug” is bargain hunting. To save money on car air fresheners-not a huge expense in the first place, one would think-he rips the perfume strips out of magazines and puts them in his vents. He buys damaged food at the grocery and 50-cent bags of other people’s toiletries at garage sales, and he uses spent spark plugs as fishing sinkers. But over the years, even as he drove his wife nuts with his parsimony, he harbored a deep secret.

“When we first got married, I’d put money away every month
for our 25th anniversary,” says Michnik. As the big year approached, he got on the Internet and started searching for a sweet little sports car.

Naturally, he bargained long and hard and finally found the best deal four hours away, outside Cleveland. So one day he told his wife a tall tale about their daughter’s car breaking down out there and how they needed to meet her at the car dealer. “My wife was livid. ‘Why isn’t she in school?’ She was swearing for four hours,” Michnik says. Still, he managed to steer her into the dealership where there was a Mazda Miata tied with a big red bow. “She said, ‘Jeez, I wish I had a car like this.’ And I said, ‘This is your car.’”

Adds Michnik, “She doesn’t remember the rest of the day.”

Michnik wins the Reader’s Digest Cheapest Person in America award for saving relentlessly, obsessively, creatively. And if we had one, he just might win our Best Husband award too.

Alas, Mr. Michnik: There is no cash prize.

The Psychology of the Cheapskate

What makes a person tighter than a bathing cap? Psychologists say that most cheap people are convinced that spending money is actually, literally, and morally wrong and that spendthrifts are evil (a spendthrift being anyone who buys undies that aren’t labeled “slightly irregular”).

Couples often drive each other crazy when they’re Jack Sprattish in terms of spending, says Pittsburgh psychologist Elizabeth Lombardo, author of A Happy You: Your Ultimate Prescription for Happiness. That’s because cheap people can’t understand why everyone else doesn’t see things the way they do: fiendishly overpriced. They may have come by this outlook via a deprived childhood (think Depression babies), or it may be partly genetic (Dad showers in his clothes to save on the cost of doing laundry), or it could come from seeing money squandered. In any case, stinginess is often tied to a warped sense of self-worth: “I don’t deserve to spend any money.”

On the other hand, Lombardo adds, a bargain can be a cheap thrill, literally, and when it
makes you feel smart, that’s a positive thing. “There’s nothing wrong with being cheap,” she says, “unless it’s a complete preoccupation.” 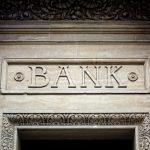 This Is the Bank with the Worst Reputation in America 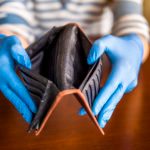 7 Things That Are About to Get More Expensive