The Day I Met J.K. Rowling: An Editor’s Story

Here at Reader’s Digest, we have a long-running feature called “My Most Unforgettable Character.” Of all the people I’ve met, 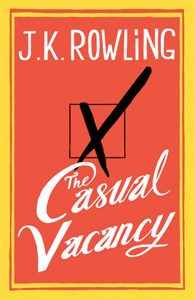 Here at Reader’s Digest, we have a long-running feature called “My Most Unforgettable Character.” Of all the people I’ve met, J.K. Rowling—whose first non-Harry Potter book, The Casual Vacancy, is out today—is certainly one of mine.

Late in 2000, while working for a different magazine, I was invited to have an in-office lunch with the creator of the world’s favorite wizard. At the time, Rowling was already staggeringly famous,, and my colleagues and I nervously awaited her arrival. Turned out she was friendly, down to earth, and unmistakably brilliant. So much had been made of the fact that she’d started writing in cafes as an unemployed single mom that the media narrative made it seem as if perhaps she was just a lucky gal who’d hit the jackpot. Upon meeting her, all such thoughts disappeared as quickly as if they’d been hit by the Vanishing Spell  (Evanesco!).

As lunch sat largely untouched, Rowling spoke thoughtfully about everything from class distinctions in England to her love of Jane Austen and Roddy Doyle to her respect for  the secret, magical lives of  children. She read voraciously, she said, even while blow drying her hair with one hand.

In all my years of interviewing people I’ve never asked anyone for an autograph, but this time I gingerly explained that my sons would never forgive me if I didn’t ask her to sign their books.  She did so gamely and graciously, and even signed another for their school.

Rowling’s Harry Potter books have sold north of 400 million copies. She got a generation of kids as excited about the enchantment of books as about the zing and dazzle of video games. She entertained us—children and grownups—splendidly, Above all, she taught us about transformation.

It takes tremendous courage to write another book, of a completely different sort, after the wild ride that was Harry Potter.  Hats off to the wizard-maker on her own transformation as Vacancy flies off shelves, real and virtual, at thrilling speed.