The first thing I noticed when I spoke with Grace Potter at Farm Aid was her down-to-earth demeanor. It was

The first thing I noticed when I spoke with Grace Potter at Farm Aid was her down-to-earth demeanor. It was like talking to a neighbor in a cozy coffee shop—not a star singer at a crammed amphitheater where 30,000-plus fans had just seen her set the stage ablaze.

The tough road to her new album, “The Lion The Beast The Beat,” is described strikingly on the band’s website: “Potter pointed her car north and drove. ‘I did the thing I always wanted to do: the real fantasy road trip,’ [Potter said.] ‘I had no guidelines, which was part of the problem at the beginning, but also part of the breakthrough at the end.'”

Even if you don’t have the luxury of embarking on a cross-country trek, the advice still resonates: Sometimes, the best cure for stifled creativity is as simple as ignoring all the rules and finding a way to clear your mind. For me, this thoughtfully produced album is the exact “fantasy road trip” I’ve needed.

Potter left me with a final insight into how she makes her live performances so electrifying and yet so intimate: “The show creeps in and you start thinking about what it feels like to be in the audience. I think that it’s important for the fans to feel like they’re a part of your emotional and spiritual experience.” Well, Grace, if this clip is any indication, it’s pretty evident you’ve accomplished your goal:

And here’s the subdued yet powerful video of the band’s dazzling new album single, “Stars,”:

Buy “The Lion The Beast The Beat” (with guest appearances from Willie Nelson and Kenny Chesney) on iTunes or Amazon, and follow Grace on Twitter. Find out when this fall’s Roar Tour hits a city near you here.

P.S.
How does she do it all in five-inch stilettos? 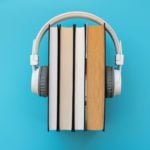 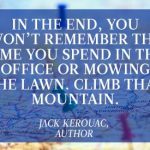 23 Inspiring Travel Quotes that Will Feed Your Wanderlust