The Stranger Who Changed My Life: The Taxi Driver and the Doctor

When a taxi driver asked one simple question, he transformed his family's future.

For 28 years, three months, and 12 days, I drove a New York City taxi. Now, if you were to ask me what I had for breakfast yesterday, I probably couldn’t tell you. But the memory of one fare is so vivid, I’ll remember it all my days in this world.

It was a sunny Monday morning in the spring of 1966. I was cruising down York Avenue looking for a customer, but with the beautiful weather, it was kind of slow. I had stopped at a light just opposite New York Hospital when I spied a well-dressed man dashing down the hospital steps. He was hailing me.

Just then, the light turned green, the driver behind me honked impatiently, and I heard a cop’s whistle. But I wasn’t about to lose this ride. Finally, the man reached the cab and jumped in. “LaGuardia Airport, please,” he said. “And thanks for waiting.”

Good news, I thought. On Monday morning, LaGuardia is hopping, and with a little luck, I could get back-to-back fares. That would make my day. 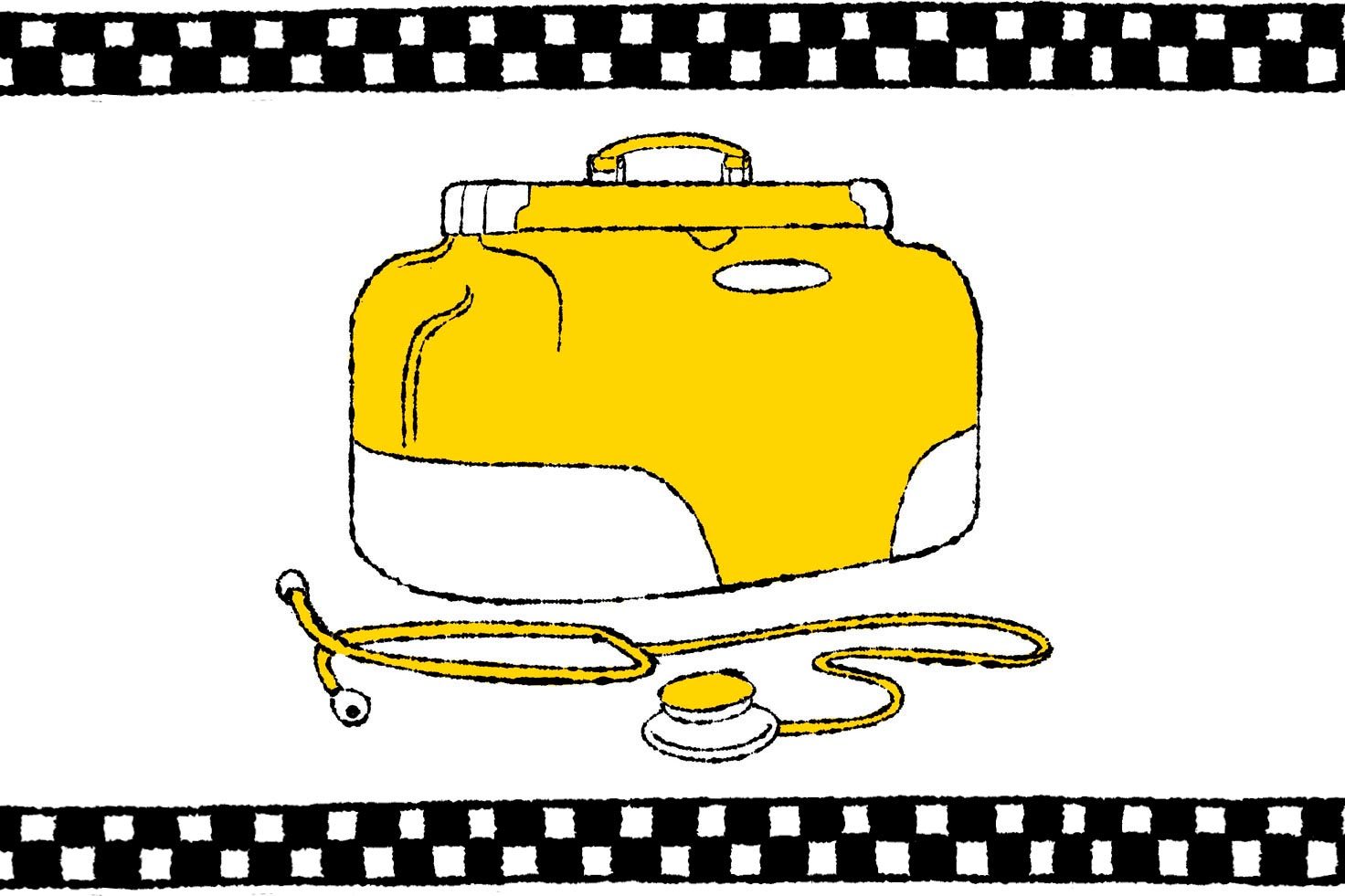 As always, I wondered about my passenger. Was this guy a talker, a mummy, a newspaper reader? After a few moments, he started a conversation. It began ordinarily enough: “How do you like driving a cab?”

It was a stock question, and I gave him my stock answer. “It’s OK,” I said. “I make a living and meet interesting people sometimes. But if I could get a job making $100 a week more, I’d take it—just like you would.”

His reply intrigued me. “I would not change jobs if it meant I had to take a cut of a hundred a week.”

I’d never heard anyone say such a thing. “What do you do?”

“I’m in the neurology department at New York Hospital.”

I’ve always been curious about people, and I’ve tried to learn what I could from them. Many times during long rides, I’d developed a rapport with my passengers—and quite often I’d received very good advice from accountants, lawyers, and plumbers. Maybe it was that this fellow clearly loved his work; maybe it was just the pleasant mood of a spring morning. But I decided to ask for his help. We were not far from the airport now, so I plunged ahead.

“Could I ask a big favor of you?” He didn’t answer. “I have a son, 15, a good kid. He’s doing well in school. We’d like him to go to camp this summer, but he wants a job. But a 15-year-old can’t get hired unless his old man knows someone who owns a business, and I don’t.” I paused. “Is there any possibility that you might get him some kind of a summer job—even if he doesn’t get paid?”

He still wasn’t talking, and I was starting to feel foolish for bringing up the subject. Finally, at the ramp to the terminal, he said, “Well, the medical students have a summer research project. Maybe he could fit in. Have him send me his school record.”

He fished around in his pocket for a card but couldn’t find one. “Do you have any paper?” he asked.

I tore off a piece of my brown lunch bag, and he scribbled something and paid me. It was the last time I ever saw him.

NEXT: A once-in-a-lifetime opportunity…
That evening, sitting around the dining room table with my family, I pulled the scrap from my shirt pocket. “Robbie,” I announced proudly, “this could be a summer job for you.” He read it out loud: “Fred Plum, N.Y. Hosp.”

My daughter: “Is he an apple?”

After I nagged, cajoled, yelled, and finally threatened to cut off his allowance, Robbie sent off his grades the next morning. The fruit jokes continued for a few days, but gradually the incident was forgotten.

Two weeks later, when I arrived home from work, my son was beaming. He handed me a letter addressed to him on richly embossed paper. The letterhead read “Fred Plum, MD, Neurologist-in-Chief, New York Hospital.” He was to call Dr. Plum’s secretary for an interview.

Robbie got the job. After working for two weeks as a volunteer, he was paid $40 a week for the rest of the summer. The white lab coat he wore made him feel a lot more important than he really was as he followed Dr. Plum around the hospital, doing minor tasks for him.

The following summer, Robbie worked at the hospital again, but this time, he was given more responsibility. As high school graduation neared, Dr. Plum was kind enough to write letters of recommendation for college. Much to our delight, Robbie was accepted at Brown University.

He worked at the hospital for a third summer and gradually developed a love of the medical profession. As college graduation approached, Robbie applied to medical school, and Dr. Plum again wrote letters attesting to his ability and character.

Robbie was admitted to New York Medical College and, after getting his medical degree, did a four-year residency specializing in obstetrics and gynecology.

Dr. Robert Stern, the son of a taxicab driver, became OB-GYN chief resident at Columbia-Presbyterian Medical Center. Some might call it fate, and I guess it was. But it shows you that big opportunities can come out of ordinary encounters—even something as ordinary as a taxi ride.

To this doctor’s immigrant patients, America means freedom from fear.

Irving Stern, 92, still lives in Brooklyn. Robbie—now Dr. Robert Stern—and Dr. Plum exchanged Christmas cards every year until Plum’s death in 2010. Dr. Stern is currently an OB-GYN specialist at Health-Quest Medical Practice in Fishkill, New York. His son is a cardiologist; his daughters are an endodontist and an attorney. “This may all be due to Dr. Fred Plum, whom I will never forget,” he says.

17 Short, Sweet Stories About Moms (That Will Make You Want to Call Yours)
My Dad Sent Me a Fruitcake Every Year for Christmas. The Last One Didn’t Arrive Until a Year After He Passed