Sarah Conyer Didn’t Even Know What an Alpaca Was. Now She and Her Husband Run an Adorable Alpaca Ranch.

One day at lunch, a coworker had to explain to Sarah Conyer what an alpaca is. Now the animals play a major role in her life. 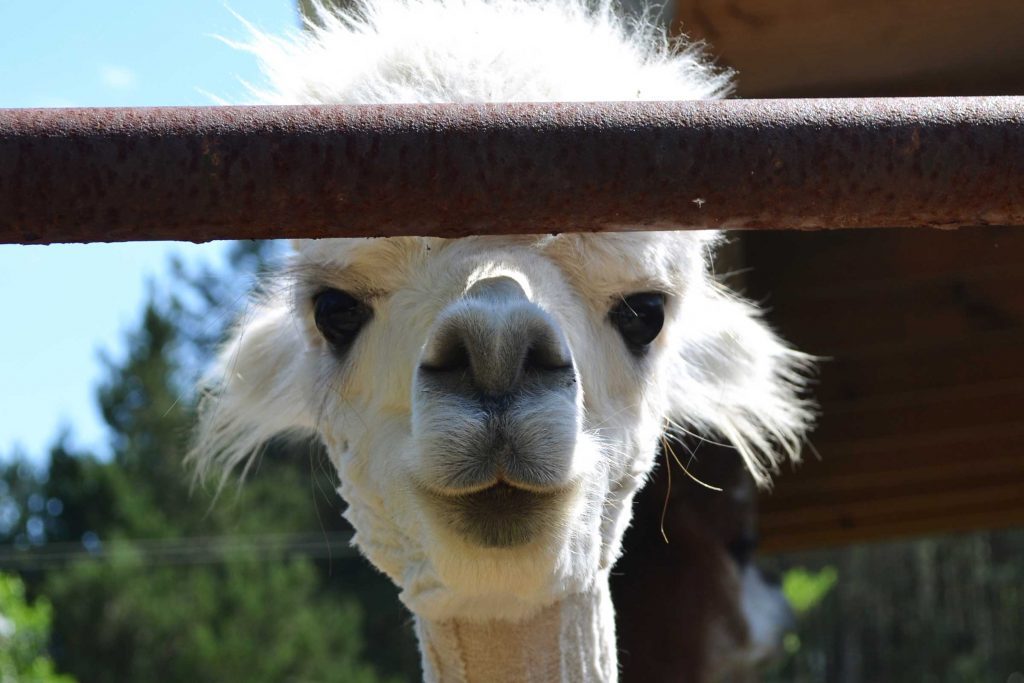 Sarah Conyer and I worked together at a software development company, and one day at lunch I mentioned my recent visit to an alpaca ranch.

With their mop-top hairdos and long eyelashes, these native South American camelids had captured my heart. Alpacas are endearingly curious, gentle creatures. And while their larger cousin, the llama, is bred primarily as a pack animal, alpacas are bred for incredibly warm, soft, hypoallergenic fleece that comes in 22 natural colors.

A few weeks later, Sarah greeted me with: “We might do it.” 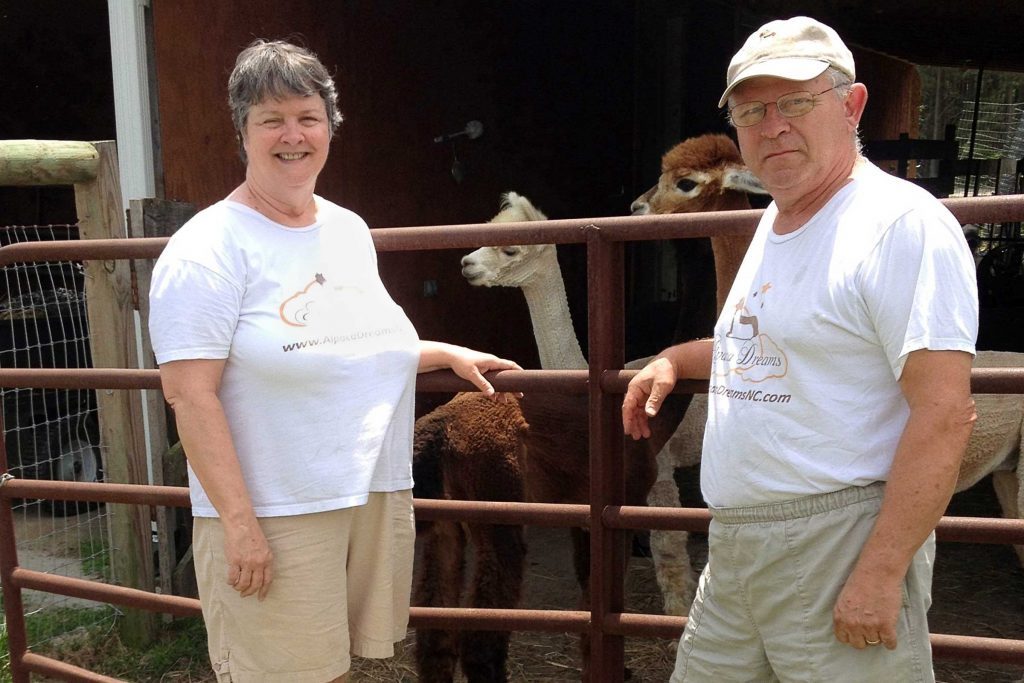 Sarah and her husband, Mike, had been planning to spend their retirement years in relaxation mode. But something about alpacas grabbed her and wouldn’t let go. They researched the industry, and after visiting a ranch decided to get alpacas of their own.

A software developer and an insurance adjuster, respectively, Sarah and Mike had no experience with rural life, let alone livestock. When they told their three adult children that they were planning to buy a ranch and raise alpacas, “they thought we were nuts,” Sarah recalls. And they tried their best to talk their parents out of it.

But the Conyers didn’t waver. Within three months, Sarah and Mike had bought their first alpaca, a pregnant female named Miaya. The sale agreement included a short-term boarding arrangement at the ranch. Then came T.K., a gelded male. The ranch was close enough to home so that Sarah and Mike could spend time a few weeknights and on weekends learning to care for their new hobby animals from an experienced alpaca owner.

But in 2008, as they planned to sell their suburban Raleigh home and buy an acreage, the housing market collapsed. While their house sat on the market for nearly two years, the Conyers used the time to set up their business. They went to Florida to learn to assist with alpaca births; they joined the Alpaca Owners and Breeders Association; and they set up Alpaca Dreams, a limited liability company. 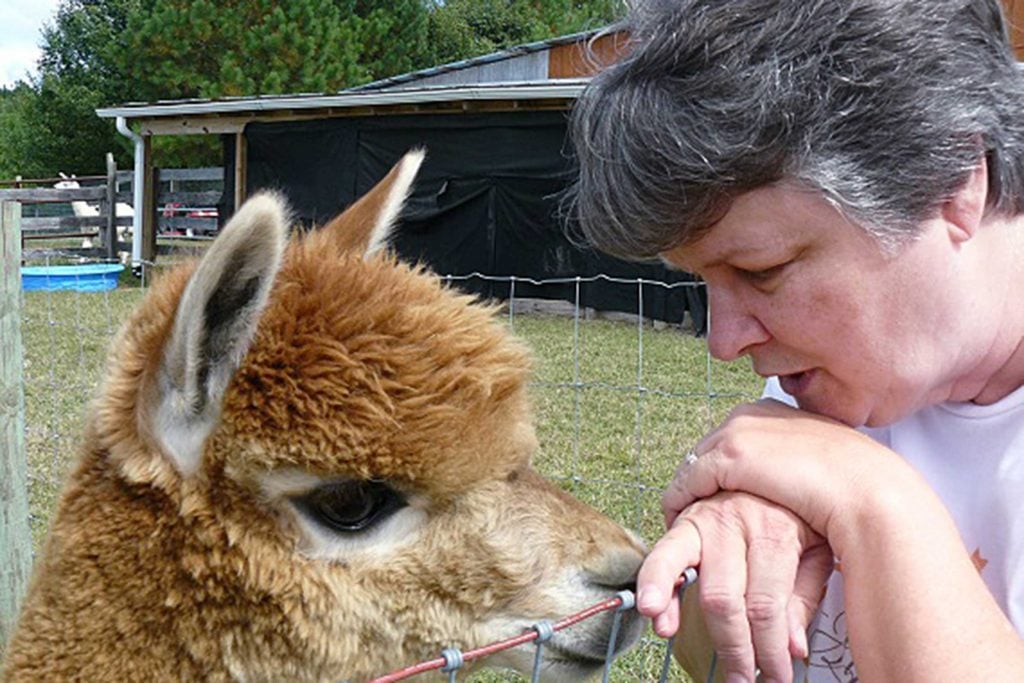 Meanwhile, Miaya gave birth to a bouncing baby cria. And Sarah and Mike happened upon an opportunity to acquire six more animals with good lineage. The timing was not ideal, but the couple remained optimistic. Sarah’s motto is: “It will all work out. It always does.”

Finally, their home sold and they found a 5-acre horse ranch an hour from Raleigh. It had a big barn, so all they had to add was predator-proof fencing and a three-sided shelter, because alpacas don’t like to be enclosed. They also added a weigh-in station for the monthly health checkups. “We set up everything so we can still do this in our 70s and 80s,” Sarah says.

In September 2012, Sarah and Mike welcomed the public to their first Open Ranch Weekend. The little ones, Rocket and Reggie, were cute enough to make anyone want to bring home an alpaca.

Once self-proclaimed couch potatoes, Sarah and Mike are now scooping poop, trimming toenails, administering dewormer—and loving it. “We’re happier than we ever thought we would be,” Sarah says. The alpacas are even winning over the kids, who help with Open Ranch Weekends. 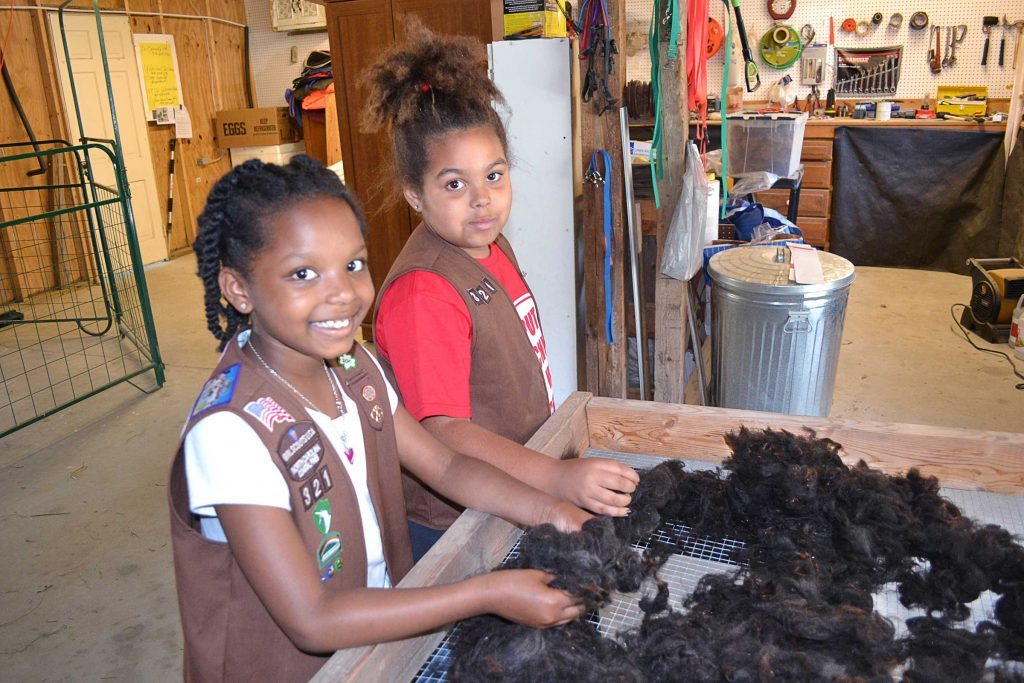 Farm and Ranch Living Magazine The two opened an online store, alpacadreamsnc.com, as well as a gift shop at the ranch. Sarah, who retired from her corporate job last year, has learned to spin and now makes purses, scarves and other items personalized with a photo of the alpaca that produced the fleece.

The Conyers plan school visits for the alpacas and want to train them as therapy animals. The goal is to bring in enough to support their alpacas while sharing them in as many ways as possible. “We’re not doing this for the money,” Sarah says. “We fell in love with the animals.”

Optimism, patience and determination have carried them through this adventure. And as Mike and Sarah learn more about alpacas, I’ve learned: When your heart speaks, listen—and act. 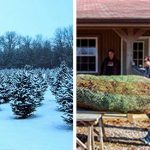 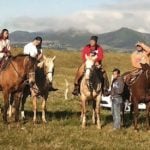 Hawaiian Cowboys: The Side of Hawaii You Never Knew About