9 Things You Think Could Be Arthritis—But Aren’t

Your joints are achy, stiff, and swollen. Run-of-the-mill arthritis might be to blame. But so could these other lookalike conditions. 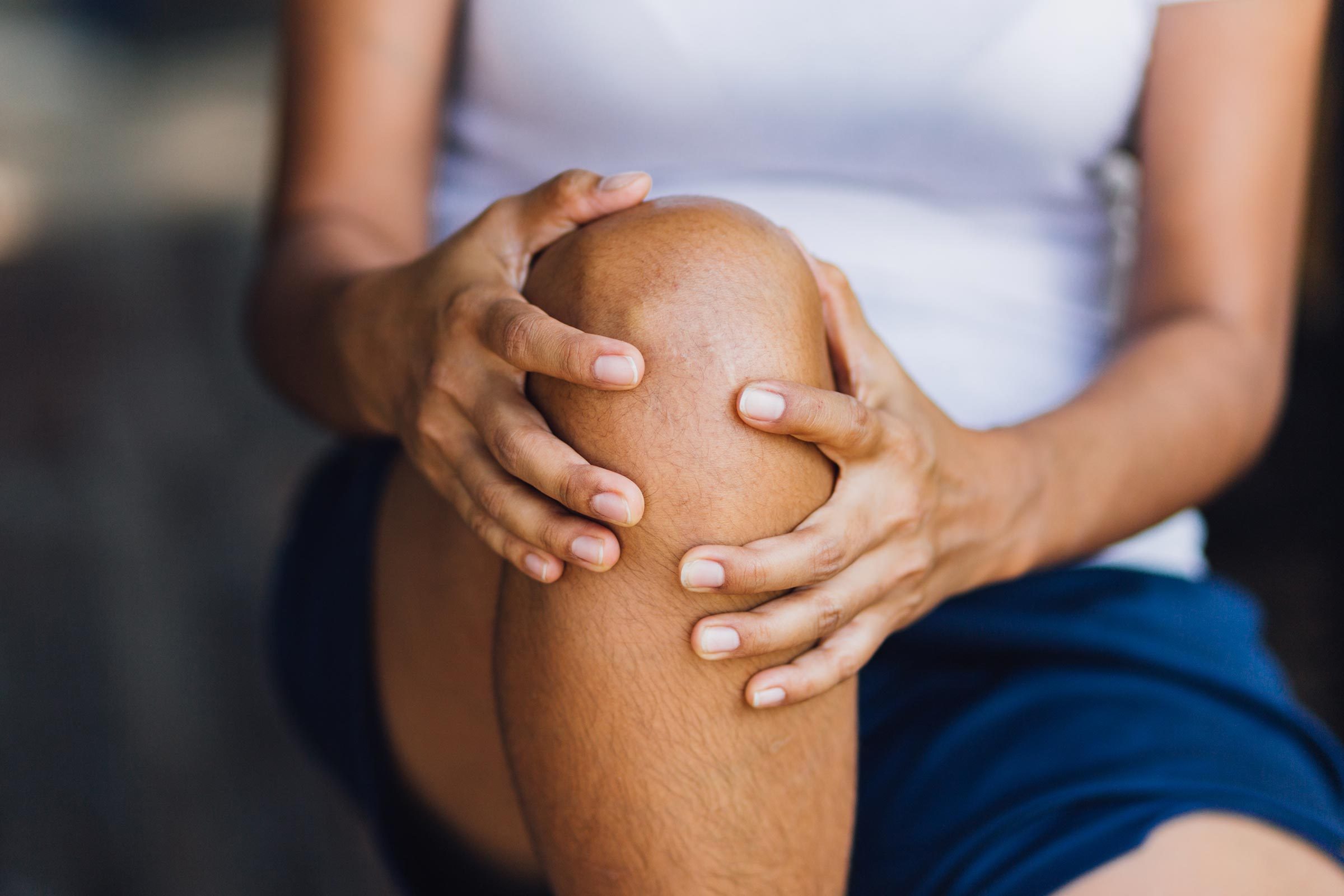 Joint pain is extremely common. In one national survey, about one-third of adults reported experiencing it within the past 30 days. If your joints are giving you grief—and you don’t have a recent injury to blame—osteoarthritis (OA) is a likely cause. The condition, in which the joint becomes inflamed as the cartilage between the bones wears away, has more than 30 million Americans in agony, according to the Centers for Disease Control and Prevention, (the CDC). Even though the condition can’t be cured, OTC medications, prescription drugs, and surgery can ease the ache.

But OA isn’t the only health condition that can cause joints to become tender and stiffen. Before you reach for the ibuprofen, read on to see if you could be suffering from one of these conditions which can mimic arthritis pain.

Arthritis is often mistaken for fibromyalgia, according to the Arthritis Foundation. They share many of the same symptoms, like muscle pain, limited range of motion, and joint stiffness, especially in the morning. The difference? With fibromyalgia, the pain is often body-wide, while arthritis tends to be localized to a few joints, says Alexis Colvin, MD, an orthopedic surgeon at The Mount Sinai Hospital in New York City. If you’re still not sure whether your pain could be from fibro, check out these other fibromyalgia symptoms you might be ignoring.

“Tendinitis and osteoarthritis can feel very similar,” says Dr. Colvin. “Pain, stiffness, and swelling are common symptoms in both.” Making distinguishing between the two even tricker? With both conditions, the pain doesn’t usually come from one event, but gradually increases over time, says Dr. Colvin. If you’re unsure what’s causing your joint to act up, see your physician. X-rays and MRI imaging can help doctors determine which condition is causing the pain, so they can help you find relief.

Like rheumatoid arthritis, lupus is an autoimmune disease in which the body’s immune system turns on normal, healthy tissue, according to the Arthritis Foundation. The Lupus Foundation of America estimates that 1.5 million Americans have the chronic disease, which mainly strikes women between the ages of 15 and 45. In addition to the joint pain that can feel like arthritis, lupus also causes these other surprising symptoms. If you have more than four of them, call your physician, asap.

You wake up and your hand is achy and tingly. Is it arthritis acting up, or something else? Carpal tunnel syndrome can cause pain, weakness, and numbness that runs from the forearm to the hand: These symptoms indicate that repetitive movements like typing or playing an instrument are pinching your carpal nerve, according to WebMD. Women are three times more likely than men to have carpal tunnel syndrome. The thumb, index, and middle fingers are usually the first to feel pain.

In addition to a rash, fatigue, and overall malaise, Lyme disease—an infection caused by a type of bacterium carried by deer ticks—often causes achiness in the joints, according to the American Lyme Disease Foundation. “Many times people don’t know that they’ve been bitten by a tick,” says Dr. Colvin, so it’s easy to mistake the pain for arthritis. “If someone comes in with knee pain and swelling but no explanation, doctors can drain fluid, and test it for Lyme,” says Dr. Colvin. If the results are positive, they can prescribe antibiotics. And if your doctor suspects Lyme, she’ll probably also ask if you have any of these other silent symptoms of the disease.

Psoriatic arthritis is an autoimmune disease that develops in around 30 percent of people who have the scaly skin condition psoriasis, according to the National Psoriasis Foundation. Usually, psoriasis develops first, with the joint problems coming later, but in some cases, joint pain can be the first system, notes the Mayo Clinic. Psoriatic arthritis can target any joint in the body, but people often notice their fingers and spine are the achiest spots. Psoriatic arthritis never goes away, but it can be managed with drugs and lifestyle changes.

Think you have arthritis in your hip or big toe? It might actually be gout, a form of inflammatory arthritis, says Dr. Colvin. The pain and swelling from gout occur when too much uric acid crystallizes in the blood, then builds up in the joints. The result: extreme pain in the joint that may come and go, according to the CDC. Fortunately, if your doctor diagnoses gout, she can prescribe medications to help keep symptoms in check, says Dr. Colvin. If you still need relief from gout, try these home remedies proven to ease the pain when it flares.

Some people with a sluggish thyroid can experience arthritis-like joint pain and swelling—especially in the shoulders and hips according to the Mayo Clinic. Here’s why: As your metabolism slows down, fluid can build up in the joints, causing the achy symptoms. But it’s more likely that you’ll notice the condition’s other symptoms first, such as fatigue, hair loss, and increased sensitivity to cold. If you are diagnosed with an underactive thyroid, your physician can prescribe synthetic hormones to treat the small butterfly-shaped gland. Check out the best habits that will keep your thyroid healthy.

Tracy Middleton
Tracy Middleton is an experienced health and wellness journalist and is passionate about fitness, eating well, and coffee.