I didn’t venture outside of the United States until I was a junior in college—a two-week educational journey through Egypt as part of my university’s January term. That trip changed everything for me. Since then, I’ve prioritized seeing as many corners of the world as possible, which has resulted in visiting more than 30 countries, five continents, and even living in South Korea for a year. To say that I’ve made some missteps along the way would be an understatement, but I’ve come out on the other end all the better. Hopefully, you can learn (the easy way!) from some of the mistakes I’ll never make again.

Pushing my luck with luggage weight and size

Airlines are in this industry to make money, and the likelihood of getting away with an oversized or overweight bag—carry-on or checked—is slim to none. This is particularly true when you’re abroad (the United States does tend to be a smidge lax with this) and flying budget airlines. I have been charged $200 at the gate for a carry-on that was a few pounds over the weight limit, and I have seen flight attendants come through with measuring tape to ensure everyone’s bags meet the airline’s regulation. Not only is it more expensive to pay these last-minute baggage fees, but it also creates unnecessary stress and worry leading up to check-in and boarding. Read up on the airlines’ baggage protocol to make sure you’re good, and just pay the fee ahead of time if you’re toeing the line.

Not allocating enough time between layovers

There are few things more fear-inducing than having a delayed flight eat into your already short layover time. That fear quickly turns into full-blown panic as you’re running through the airport to make your connection, and panic melts into tears as you watch your flight to Ireland pull away from the gate. #truestory

Worse things can happen (though it may not seem like it while you’re sans toothbrush at the nearest budget motel waiting for tomorrow’s flight), but you can avoid this mess by ensuring you have a two- to four-hour layer at your connection. Layover times become even more important when you’re traveling internationally because you have to go through immigration, customs, and security again (and if you’ve checked a bag, back to baggage claim first). I recommend researching your connecting airport to familiarize yourself with the terminal layout and get a feel for what wait times are like. For example, Ireland has you go through U.S. immigration before departing the country (“pre-clearance”), which requires more time at the airport. In case you were wondering: Yup, it was a close call on the way back home, too!

That extra time in the airport can be productive, too. Here are 10 things to do during your next airport layover.

For the most part, I’ve switched to the carry-on-only life, but sometimes you have no choice but to check your bags. This, of course, puts you at risk for lost luggage—something that’s happened to me both internationally and domestically. After this happened to me the first time, a fellow travel buddy filled me in on an airline secret: Many have a special budget for reimbursing their travelers for delayed, lost, or damaged luggage. If your bag is missing, file a claim immediately at the airport and ask about their protocol. Usually, the reimbursement is for bags that have been completely lost or damaged, but some do offer vouchers if you’re without bags for 24 hours so you can purchase necessities like underwear, toiletries, and a clean outfit.

Skipping a destination because of overhyped media stories

Researching a location’s safety is arguably task number one when deciding where to plop yourself in the world next. For me, this usually involves referring to the U.S. Department of State’s Travel Advisories page to see if there are any notable travel warnings. I also read through news stories to make sure I have a feel for the destination’s political and social climate, and then—to temper it all and gain some real-world perspective—I read through first-person experiences from those who’ve recently traveled there via blogs, social media, and online travel groups.

That last step is crucial because some news stories do tend to get overhyped. In fact, I have to admit that I recently almost skipped going to the Dominican Republic, a destination that’s been on my bucket list since I was in high school, due to last summer’s news. It turned out to be an incredible trip rich with culture (did you know their national dance, the merengue, is classified as tangible cultural heritage by UNESCO?), delicious food (seafood lovers will not be disappointed), and beautiful ocean views. I’m so glad I didn’t write off the destination.

The bottom line: Exercise common sense and be safe, of course, but don’t let panic-driven news cycles prevent you from seeing the world.

Spending too much time in big cities

Planning a trip abroad is complicated, and sometimes the simplest thing to do is to land at your destination and stay put. Spending 48 to 72 hours in a big city like Paris, London, São Paolo, or Tokyo is great, but I also urge you to get out there and explore the smaller towns.

One of my biggest travel regrets is flying into Bangkok and not leaving the city for the two weeks I was there. It’s a great city, but Thailand is so much more than its capital! Research the small towns around your destination, take advantage of public transit, rent a car and drive the countryside, or jet to another locale across the country. One of the most memorable trips I’ve ever taken was to Brazil, and it’s because of how much I was able to see. In three weeks, I visited Salvador Bahia, Manaus, the Amazon rainforest, Rio de Janeiro, and Foz do Iguaçu. These are the 50 most overrated tourist attractions in the world.

Sure, it’s convenient to eat just outside the Vatican or the Louvre, but if you want great food at a great price—without the lines or frustrated waitstaff—it’s best to walk a couple of blocks away to find your fare. I had one of the worst pizzas of my life, in fact, just outside of the Vatican. Conversely, one of the best meals I’ve ever eaten was on a quiet street in Paris, a mere 10-minute walk away from the Champ de Mars with the Eiffel Tower still visible through the trees and buildings.

There are a few exceptions to this rule, naturally. For example, sometimes you just want to drink a giant beer and eat a sandwich in the center of it all in, say, Munich’s Old Town Square. Just be mindful of the fact that many tourist sites aren’t surrounded by the highest-quality restaurants and you’ll often pay more for the (subpar) food.

Being unfamiliar with local scams

While researching your upcoming trip, make sure to read up on common scams in the area. This is particularly important in larger cities, which tend to have higher petty crime rates. In my early travel days, I was suckered more times than I’d like to admit by local scams, and each time the scam was already widely documented and therefore could have been avoided.

For example, I was told the Golden Temple was closed in Bangkok (it never closes, FYI), only to be taken to a local silk shop, and I was put on a camel at the Great Pyramids of Giza and not allowed down until I coughed up money. A friend recently had an experience in Budapest where a supposed transportation authority official told her she didn’t purchase the right fare and demanded payment. She later realized the “Tram Scam” was quite common, and the two others I mentioned are, as well. Simply being aware of the common scams where you’re traveling can help you avoid them. Of course, scams are everywhere.

While it’s true that women need to exercise a higher level of caution when traveling alone—and that some countries are certainly safer than others—completely avoiding solo travel is a major missed opportunity. After separating from my partner (and travel companion) of 12 years, I remember feeling like my travel might need to come to a halt. However, instead of canceling plans and forgetting about my destination bucket list, I started researching solo female travel and realized there was an entire community of powerful women who wanted to explore the world on their own. (If you’re hesitant to travel solo, check out tour groups that allow you to travel alone but together.)

I entered the world of solo travel slowly. I planned a trip to Iceland with a girlfriend from college and had an incredible time, and about a year later, I spent a week in Israel by myself. Since then, I’ve learned to relish solo travel. It’s an opportunity to do whatever you want and nothing you don’t, to learn more about yourself, to connect with strangers, and, of course, to not have to share dessert.

Plan your next adventure with this list of the 15 best (and safest) places to travel alone.

The World's 50 Most Beautiful Cities 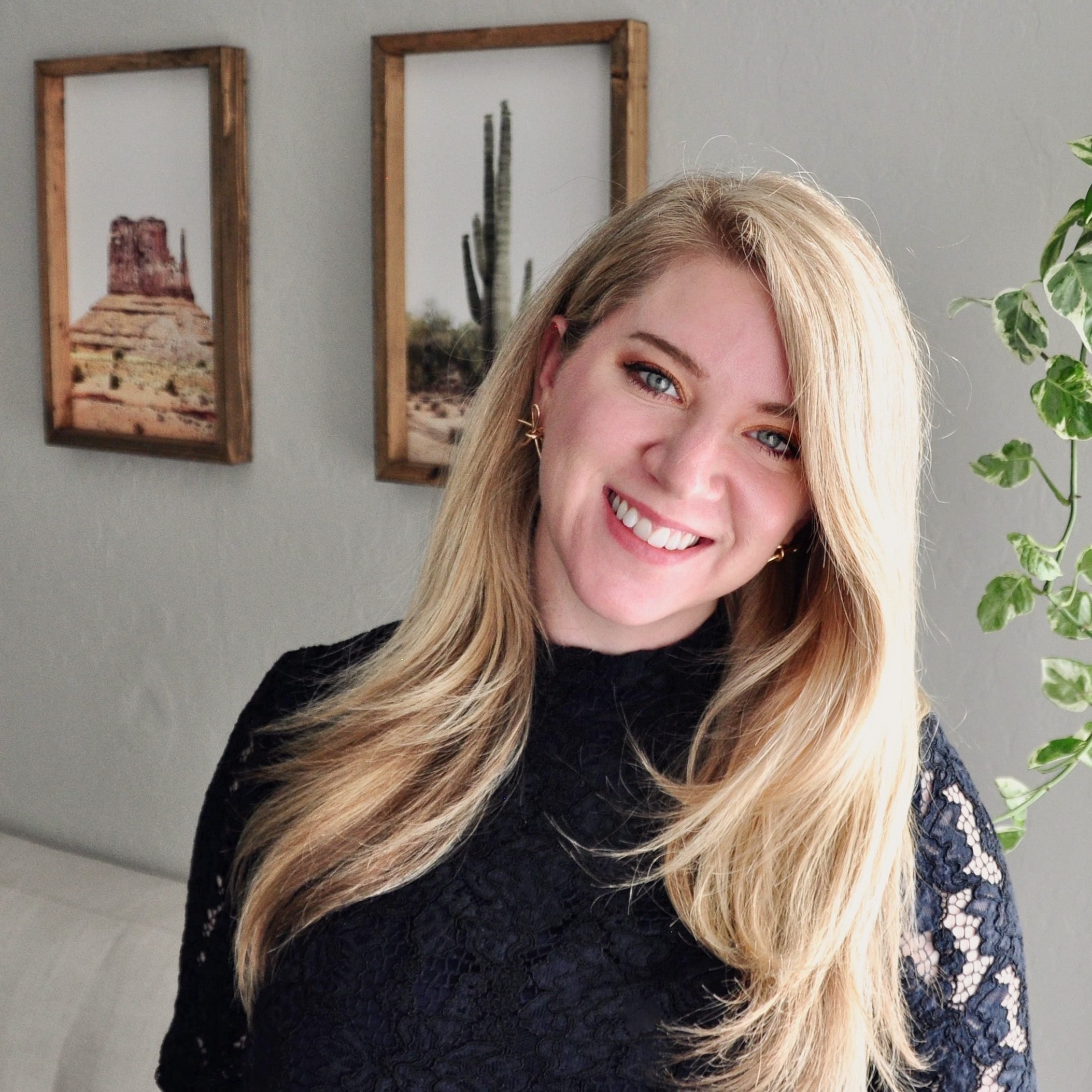 Wendy Rose Gould
Wendy Rose Gould is a Phoenix-based freelance lifestyle reporter who covers home, health, wellness, and travel-related topics for people and their pets. In addition to having two kitties of her own, Wendy loves all animals and is always game for meeting new floofs. She holds a journalism degree from the Franklin College Pulliam School of Journalism and has a second bachelor's degree in Philosophy. You can follow her on Instagram @wendyrgould.
Now Trending
The Hottest Holiday Gift This Year May Surprise You
Looking for the Perfect Weekend Getaway? It’s Within Three Hours of Your Home.
12 Best Adult-Only Cruises for a Kid-Free Vacation