This Is Why You Never See UPS Drivers Turning Left 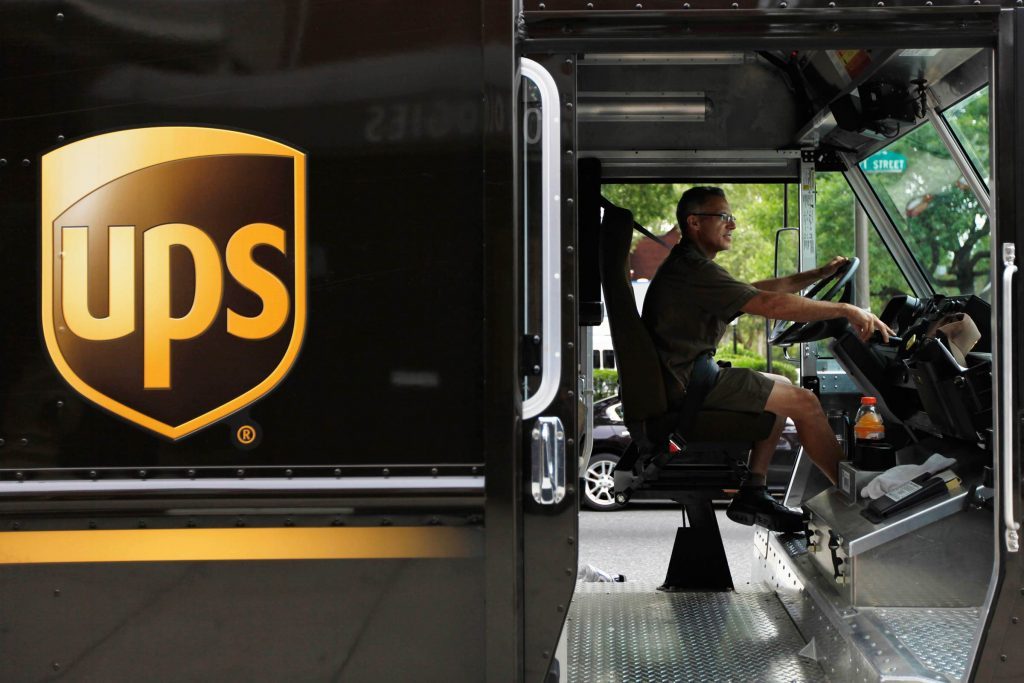 Matt Rourke/AP/REX/ShutterstockWhen figuring how to get from point A to B, you probably just pick the fastest route with the shortest distance. UPS, though, has its own system, and it has a weird aversion to left turns.

Hop on board a UPS truck for the day, and you might notice the driver pretty much only turns right. In fact, the company has estimated that only about 10 percent of a driver’s daily turns will be left-hand. It isn’t just a weird company quirk though. Sticking to the right means more efficiency.

Left turns cross traffic, forcing you to stop and wait until the oncoming cars have gone through. Right turns, on the other hand, have right of way. “You can keep moving in many places making right turns where left turns you have to wait,” UPS’s chief commercial officer, Alan Gershenhorn, told Yahoo Finance. Plus, except in a handful of U.S. cities, drivers can turn right on red.

UPS has been using the tactic since the 1970s, but it’s programmed its On-Road Integrated Optimization and Navigation (ORION) system to make it easier. A typical GPS shows you the quickest way to get from one point to another, usually taking traffic into account, but ORION specializes in figuring out how to hit way more stops in a given amount of time. Part of its secret sauce is creating routes without many left turns.

The company says ORION—including its love of right turns—can slash about 20.4 million miles from the company’s mileage in a year, cutting CO2 emissions by about 22,000 tons.

Going out of your way to turn right seems silly, but the TV show Mythbusters confirmed it’s an energy saver. In a test run, a car taking a direct route with left turns traveled fewer miles and was on the road for less time, but a right-turn-only car burned less fuel.

So should you start mapping out your own right-turn-only routes to save gas? Not necessarily. UPS drivers make multiple stops, but most of us are just going between two points, calling for more rigid routes, says Wayne Gerdes, who holds world records for fuel-efficient driving. “The method works well for pre-planned deliveries, but in daily driving, our routes are usually far less random,” he told CNN.

MORE: Why Do Americans and Brits Drive on Different Sides of the Road?

Your Guide to a Utah Road Trip