A girl's elementary school crush became her Valentine in the 1940s—and later, her husband. 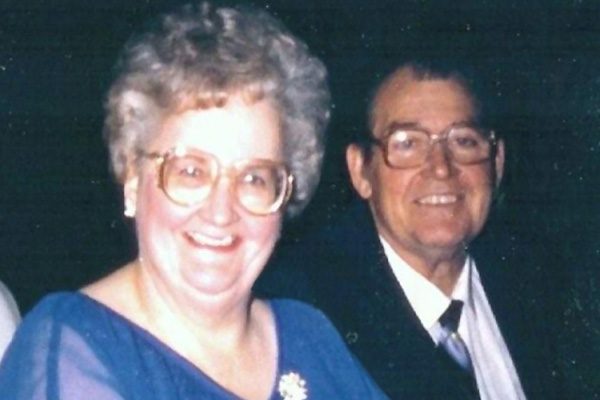 “Who do you like?” a pudgy girl with bangs asked me around the wad of bubble gum in her mouth.

It was recess on my first day of fifth grade at a new school, Panama Union Elementary, in Bakersfield, California. Two girls had rushed up to me to ask me to name a boy.

It was postwar, 1947, and our classes were held in surplus Quonset huts. And classes were crowded. Ours, which held both fifth and sixth graders, had 45 pupils.

There were several boys in the class I had noticed, but I didn’t remember their names. I had to name someone, though, so these girls would leave me alone.

I remembered the teacher had called two boys up to her desk. One was Chester. He was thin and tall but not impressive. Then there was the boy in bib overalls and a striped T-shirt that made his already wide shoulders stand out. He was only 12 but was already as tall as a man. I remembered him both for his height and his unusual name, Lavonne.

“Is he your valentine?” the girl asked. I was literally saved by the bell, the one that ended recess and sent us scurrying back to class.

At lunchtime, I avoided the girls, wanting no more questions about boyfriends or the lack thereof. But the horrid girl with the bubble gum had told Lavonne what I said, and he came over to the merry-go-round where I was sitting.

Lavonne talked with a Southern drawl and squinted one eye when he looked toward the sun. Freckles dotted his freshly scrubbed face, and he wore his reddish brown hair very short. By the end of the lunch hour, I really did like Lavonne, especially that cute accent.

It rained the next day, and we stayed in the classroom during lunch. Lavonne set up a checkerboard and taught me how to play.

When the weather was good, Lavonne and I spent every recess and lunch hour on the merry-go-round. Along with Milk Duds, Sugar Daddies, and Fleer’s bubble gum, he would often bring wild-cherry suckers for me—my favorite.

So when Valentine’s Day came, I expected a card from Lavonne. Nothing. But when you’re 12, disappointment doesn’t last long. I just walked home after school, as usual, and pretty much forgot about Valentine’s Day.

I had been home for a little while when my sister-in-law called to me and said there was someone at the door. There was Lavonne, with his Schwinn bicycle.

He shyly lowered his eyes and handed me a Valentine’s Day card. Inside the card was a lollipop and the message, “Be My Valentine, Sucker.”

It took 16 years, but that simple little sucker finally sucked me in, and Lavonne and I were married, in 1963. Lavonne says the reason we’ve stuck together this long is because of all that honey.

MORE: 7 Things Happy Couples Do When They Fight 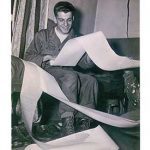