Taking in Refugees Could Have Increased Hostility—Instead, Something Beautiful Happened 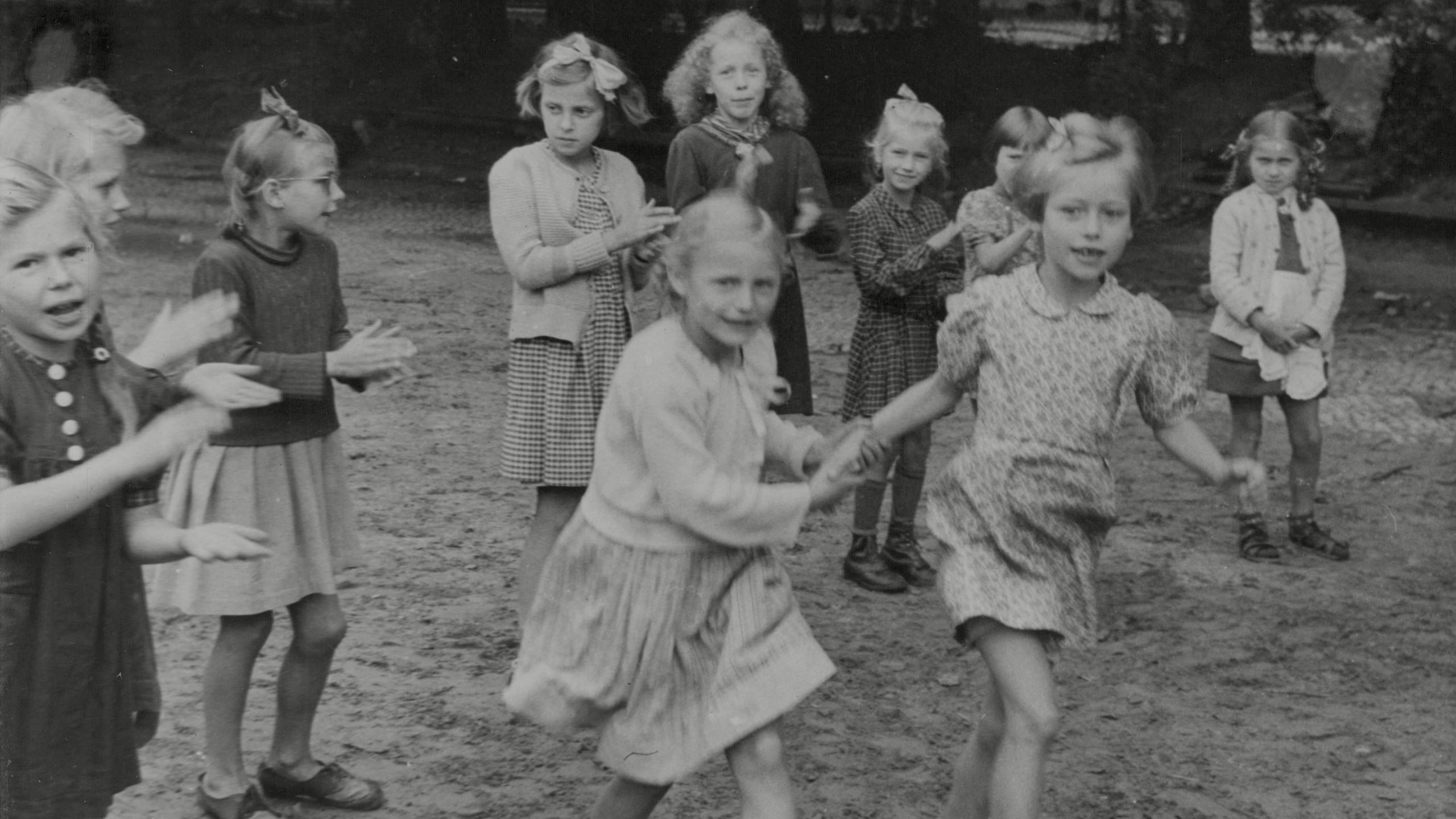 To take city children and move them to the countryside, and place them in homes where only English was spoken, wouldn't the differences be too great a shock—on both sides?

Editor’s Note: Reader’s Digest is partnering with WeThePurple.org to republish articles from our archives that dramatize and revive patriotic enthusiasm about democracy and its core values. This piece from February 1940 tells the story of how communities in rural Vermont helped European refugees from World War II acclimate to their new country.

To Bennington County it looked like a risky adventure—protest Hitler by helping his victims. But what could a Vermont com­munity do about it? Everything is done with money nowadays; and there were few extra pennies lying around our state. We thought of the fugitive slaves who, in the ’40’s and ’50’s, were passed along from farmhouse to farmhouse in our state, up into free Canada. Remembered that our Vermont grandparents hadn’t raised money to help Negro slaves. They had done something, risked something. Here were fugitives again, fleeing from another slavery, ref­ugees from Nazi concentration camps.

A meeting was called “to see if there is anything practical which we can do for ref­ugees, and so live up to the Ver­mont tradition of sympathy for the oppressed.” This was in February: icy roads, bad driving. But every seat in the hall was taken and peo­ple were standing up at the back. Almost at once the collective minds of the com­mittee turned to the refugees’ children. Couldn’t we offer them two-­week vacations in the country? We estimated that we could in our sparsely settled county take care of 50 or 60 children from the many penniless refugee families coming into New York on the quota.

An American edi­tion of Hitler’s Mein Kampf had just been published, with the publishers’ profits to be used for refugee children. Could we get from this source some financial backing? We asked and the answer was yes!

With this new help we could make the children’s vacation not two weeks but two months. Instead of spending summer months playing in city streets and talking German with other refu­gees, these children would be learn­ing what American country life is like, playing with American chil­dren long enough to feel at home with American ways. Our imagina­tions leaped forward in hope.

But in fear too. To put German­-speaking children from cultivated, urban homes into ru­ral, old­-American homes where only Yankee­-English was spoken, wouldn’t the enormous differences in manners, habits, language, be too great a shock—on both sides?

Crepe-­hangers [compulsive worriers] sprang up: “Those children are half­-crazed by what they’ve gone through. You won’t be able to do anything with them!” they told us, and, “They’ll hate it!” and, “You will simply increase the American hostility to refu­gees!” and, “They’ll have ap­pendicitis! They’ll get run over!”

We went on, improvising our way forward into the unknown. Sixty children were sent to us from New York refugee-­aid commit­tees; about a third of them were Roman Catholics, a third Jewish, a third Protestant and nonsectarian; they were to be placed in village and farm homes, scattered widely over Bennington County. To keep track of how they were getting on, a welfare worker was engaged for the summer. She and a part-­time secretary and a German-­and-­Eng­lish-­speaking boy as interpreter were the only paid members of our “staff.” A local committee in each town (men and women, Catholics and Protestants) was to stand by, ready to ward off those direful “emergencies.”

The train bringing the children from New York dropped them off in groups, town by town, as it passed north. I don’t know what happened at the other railway sta­tions that day, but one look at them and our fears and doubts were gone. “Foreigners? Aliens? Refugees?” Why they were just children! And scared children too by their wistful looks—the way our chil­dren would look if they had been driven out of their homes, if we’d had to send them away from us for strangers to take care of!

With one impulse the group of parents, holding out welcoming hands, moved rapidly down the station platform toward these chil­dren who looked just like their own. And, the shadows gone from their eyes, with one impulse the exiled children came running to meet them, recognizing the father-­and-­mother look, the same in all lan­guages.

Being Vermonters we didn’t say much, for all that we were deeply moved. We just looked down, smiling, at those touchingly young faces, and each of us reached for a little hand to hold, as if they had been young members of our own family circle. Well, they were, weren’t they? So the Bible says, anyhow.

The list of names was read out, and the names came to life—blonde with ringlets; brown­-eyed with tousled hair; thin, so that one’s Vermont heart ached to pour out the glasses of milk; fat and jolly so that you chuckled to see; pig­tailed and demure; shock­headed and ani­mated—children! Our future! As all children are!

Lily and Eva and Fritz—as the names were called out, the foster­-parents claimed them. “He’s on my list! Here you are, Fritz!” The crowd crystallized into family groups, the little ones of the just-­arrived children holding fast to the new­found motherly and fatherly hands; the Vermont foster brothers and sisters and the Austrian and German boys and girls looked seri­ously into each other’s eyes in the penetrating gaze of children meet­ing for the first time. Motors started; the families, larger than when they arrived at the station, clambered in, sitting on each oth­er’s laps; the European knapsacks and bags that had come so far were hung on doors, stacked on running boards…

The story could stop right here. You could imagine the rest. As we came to know them, we thought them unusually smart children, as might have been ex­pected when you remembered that most of their parents had been ex­iled for the crime of being success­ful—the intellectual and cultural cream of their fatherlands. Keen, highly trained, cultivated doctors, musi­cians, chemists, and physicists, lawyers, educators, and writers now stripped of all money, posses­sions, and occupations and exiled from their countries because—well, for one of three reasons usually: because they hold liberal ideas, what we call “American ideals,” because they are Jewish, or because they are specially de­vout Roman Catholics or Prot­estants.

You know how bored with “civics” our seventh and eighth graders are? Well, these children carried their books on civics around under their arms as if they were ad­venture stories. As they learned about those institutions we take so unimaginatively for granted, their eyes grew starry. We hadn’t thought about the effect our enterprise would have on our Vermont children, but what with the good manners and en­thusiasm for American institutions, we weren’t at all sorry to have our young Vermonters splashing and puffing with them together in the swim­ming holes, clambering around on our mountain trails, haunting the children’s room of the public li­braries, making beds, and washing dishes. Once a week, a day was set apart as “Americanization day.” These soon-to-­be citizens came to the old Community House in the morning, with shoebox lunches. They learned in modest doses, suitable to their age, something about the Declaration of Independ­ence, and the Constitution and the Bill of Rights, and our Revolution­ary War, and so on.

After this, there was American folk music. You should have heard these music­-loving young folks sailing into “My Bonnie Lies Over the Ocean” and “I Was See­ing Nellie Ho­­me.” Which was their favorite? It was “Amer­ica.”

A cookout, a campfire

We wanted to do something for the many people who had been kind to the children. So we gave a corn roast for all the neighbors, and they all came. The children ran about like quicksilver in the gathering twi­light, gnawing on corncobs, butter running down their chins, roasting marshmallows on long sticks, yell­ing, screeching, grabbing, gorging, and having a wonderful time. “But—” asked more than one of the invited guests, looking be­wildered at all these lively kids, so much alike, “—but which ones are the refugees? ” Ah, that was a ques­tion which made us smile happily, you can be sure.

In the dusk we sat around the campfire, a hundred and fifty and more, singing songs. At first the Americans wanted to hear the Ger­man songs. But before long the young exiles put their heads to­gether and began to shout all to­gether, like a cheering­-section, ” We­-want-American-­songs!” And after that, all of us sang, ” Pack up your troubles,” and “The bullfrog in the pond,” and “Nita, Juanita.”

The great fire blazed gloriously. The mountain back of us slowly darkened. The stars began to come out, pale at first, then brightening to silver. The firelight flickered on the faces of the children, Germans, Vermonters, Austrians, and on the grownups, the men and women thinking (this was at the very last of August!), “In Europe war may be declared this very hour, as we sit here, in safety, with these chil­dren escaped from slavery, now part of the future of our nation.”

The last of the marshmallows—smoked and burned to the condi­tion children love—were eaten. The fire burned low. It was nine o’clock. Time for little folks to be in bed, we told them. “Oh must we go?”—”Well, all right! But let’s have ‘America’ first.” So we scram­bled to our feet, and holding hands in a big circle, began, “My country ’tis of thee, Sweet land of…”

But no, we grownups, we old Americans could not go on! The lump in our throats was too large. We stood silent, swallowing hard, listening to the child voices soar­ing, “Long may our land be bright…”

We looked up at the stars. For an instant, remembering what was go­ing on in European chancelleries, we felt passionately that those stars were American stars, the very ones in our own flag.

But of course, the moment after, we realized that they were the eternal stars, the same stars which always, everywhere, have looked down in beauty on man’s stum­bling, pathetic, never-­abandoned effort to act civilized.

Eight weeks slid by like lightning. In no time, it seemed, we were standing on the station platform. They knew all our Arlington jokes now, we knew all about their “folks” to whom they were going back. The train came, the children were heartily hugged and kissed (there were a good many wet eyes on both sides), and we stood waving our handkerchiefs to those flutter­ing from the train windows. The same people, the same chil­dren—but what a difference!

Dorothy Canfield
Dorothy Canfield Fisher was a social activist and best-selling author in the early decades of the twentieth century. She was best known for fictional works based on her time in Vermont—including The Bent Twig, The Deepening Stream, and Her Son’s Wife—as well as historical children’s books, including Paul Revere and the Minute Men (1950).