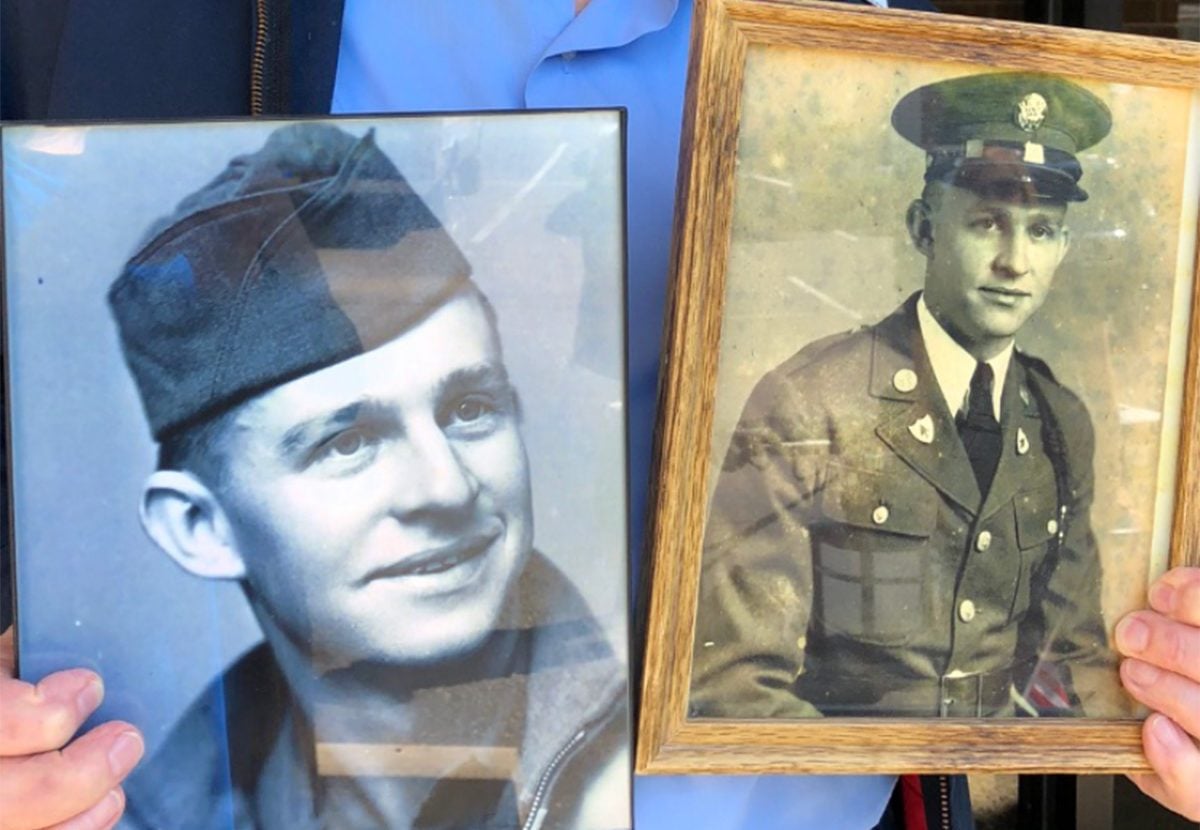 Grab a tissue. This romance between a World War II veteran and his long-lost love spans decades and proves that time can’t erase true love.

K.T. Robbins is 98, but his memory is sharper than ever. It’s been 75 years since he was part of the 95th Bakers Battalion, stationed in Briey, France, during the Second World War. Robbins was happily married for 70 years, but before that, he had a romance that no one knew about—not even those closest to him.

The sweet secret was discovered when Linda Tosh, Robbins’ neighbor, and another friend found a photo among some belongings when they were helping him sort through his late wife’s things. (Robbins and his wife never had children, but Tosh says that she and a few other neighbors are like his daughters.) “She was like, ‘Hey, K.T., who is she?’ He knew instantly,” she recalls. “He said, ‘Oh, my goodness, that’s Jeannine Ganaye.” Robbins gently interrupts, “She was my first love.” Here are 8 more stories of first loves that will melt your heart.

The unassuming start of a timeless romance

Robbins has a soft voice, and his recollection of his first meeting with Ganaye brings an audible smile to his words. “We took a boat to Briey and set up our tents and mobile bakery,” he says. “We baked up to 3,000 pounds of bread a day. Back then, our ingredients came in huge bags and large gallon cans. We had set some large cans of lard by the fence, and a young girl approached us with two little kids, her brother and sister. She said, ‘Mister, can we have those cans?’ I said, ‘Sure, but what in the world for?’ She explained that her father would use the lard and then the metal from the cans. That’s how it all began.”

Love stories begin in all sorts of ways, as we know from real life and our favorite books. Have you read the 10 best romance novels of all time? 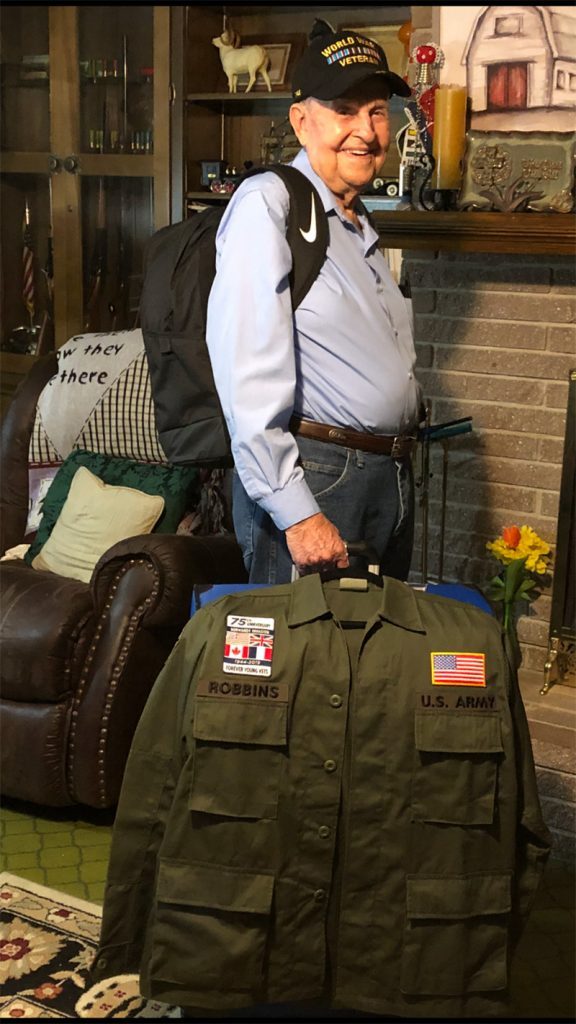 From there, a friendship—and more—grew. “We became very good friends,” Robbins says. “She would come visit me at the mobile bakery tent every day. Her family would invite me over to their house for meals. We loved each other.” Though neither spoke the other’s language fluently, Robbins says they managed well. “Back then, I spoke a lot more French than I do now, and she got along pretty well with her English,” he says with a laugh.

When Robbins got word that he was being transferred to Baston, France, and would have to leave, he knew it meant the end of the courtship he cherished. “Her family had a going-away breakfast for me—it was so nice. The day I had to leave, I called her to tell her I was going. I said, ‘Jeannine, I’ve got to go. I don’t have time to see you,’ and that’s when they ripped the phone out of my hand and said there was no time for calls. That was the last time we spoke.”

Robbins met his wife “by mail,” as he puts it, shortly after. She was a pen pal of his who worked in the same shirt factory as his uncle, back home in Mississippi. “We had a great 70 years together,” he says of his wife. “I owned a hardware store for 35 years. We had a good life.” But he never forgot Ganaye, who he says waited for him for five years before deciding that he was never coming back. She married and had five children with her late husband, who passed 30 years ago. Tosh says, “He often said to me, ‘I sure would like to go back to France,’ and I never thought much of it. One day, I saw a story online about veterans going back to Normandy, and I mentioned it to him. He said, ‘You have to get me on that trip—I want to go.” For meaningful experiences closer to home, see these simple ways to support veterans. 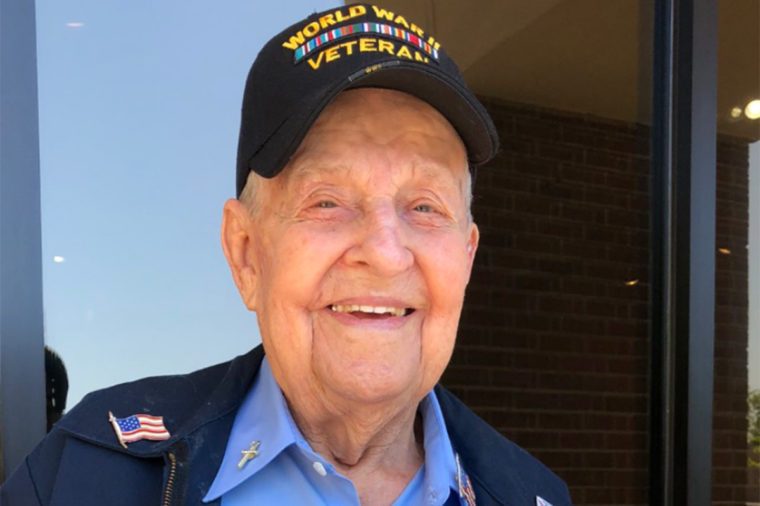 Tosh says if it wasn’t for the donation-based non-profit group Forever Young Senior Veterans, Robbins never would have had a chance to reunite with his first love. The group organizes and pays for senior veterans to fulfill lifelong wishes to return to battlegrounds or meaningful places from the past, called Trips of Honor. “One of the veterans that was supposed to go dropped out, and he got the last seat on the plane,” explains Tosh. “The questionnaire they gave him asked if there was anyone he wanted to find while there, and he listed Jeannine. We tried to tell him it wasn’t for ex-girlfriends but for other soldiers, but he refused to change it.” Don’t miss these amazing stories of how veterans continue to help each other even after war.

The call that changed everything

Twenty-four hours later, Tosh got a call. They had found Ganaye in a nursing home in Metz, France. She was 92. Her family first denied that their mother had ever been in a relationship with Robbins, but once Ganaye saw the photo of herself with him, she confirmed that she had. “[They] had never heard this story before this. Back then, people kept these things close to their hearts. It wasn’t something they shared,” Tosh explains. If you love having a good cry, you’ll definitely want to read these other heartwarming veteran reunion stories. 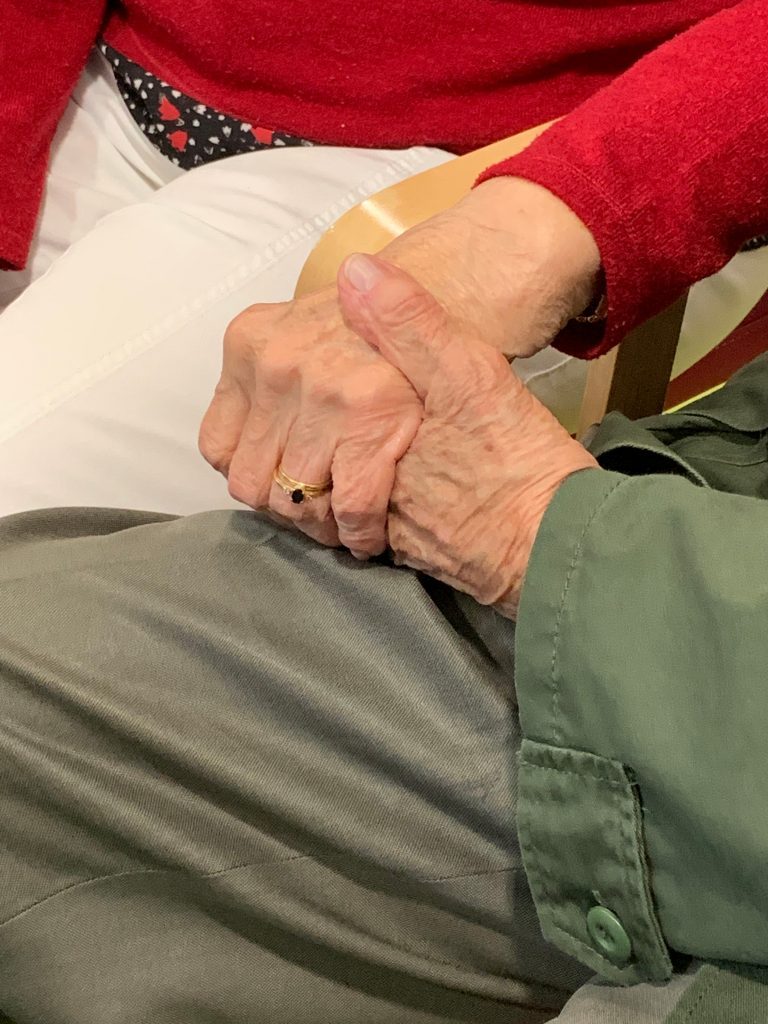 The Trip of Honor was more than Robbins could have ever dreamed. “No one told me she was still alive when we went down there,” he says. “Finally, one of the nurses on the trip turned to me and said, ‘I’m going to tell you something—she’s still alive.’ When we got to her nursing home, they had her wheelchair in the lobby. I recognized her immediately. She’s still very beautiful.”

Robbins and Ganaye looked at the photo of themselves that he had kept for all those years. Robbins told her that he loved her and that he always had. Ganaye shared that she had always thought of him and hoped he would return after the war. Robbins says of the reunion: “We had two hours, and dinner together. When it was time to go, she got out of her wheelchair and walked with her walker to the car. We embraced there for a while. She didn’t want me to go.”

A love that has stood the test of time

Since their first reunion, Robbins and Ganaye met once more for three days—this time with Ganaye’s family. Tosh accompanied him on the trip. She says, “It was so sweet seeing them walking the same streets where they courted and at the corner where his tent and bakery once stood.” For Robbins, it was a wonderfully surreal experience. “I remembered exactly where she lived, even the front door,” he says. Though Robbins says he has no plans to move from Olive Branch, Mississippi, to France, he’s quick to state the obvious: “I love her so much.” Next, read these best quotes about falling in love. 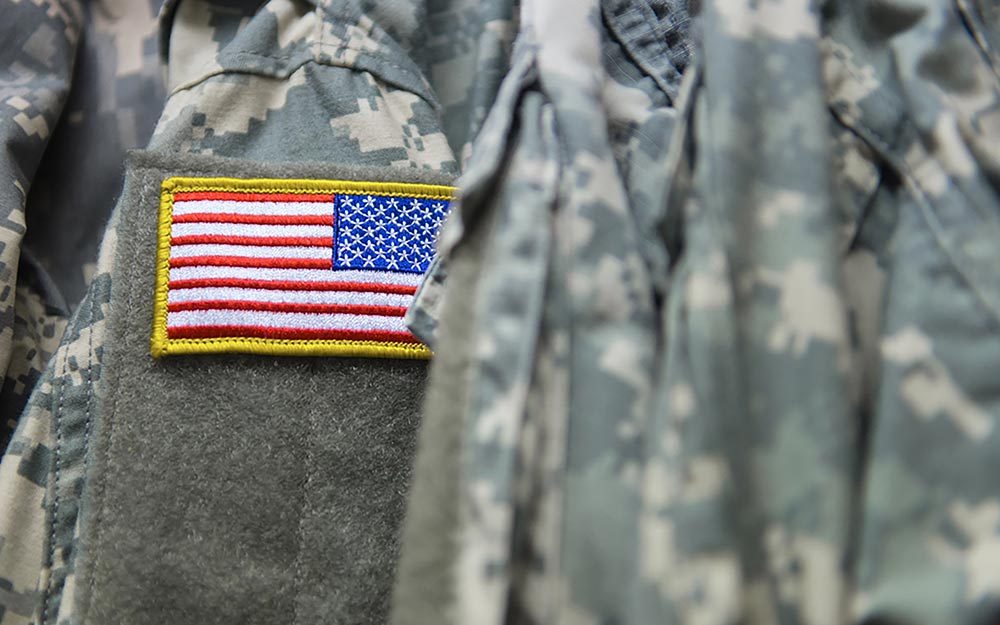 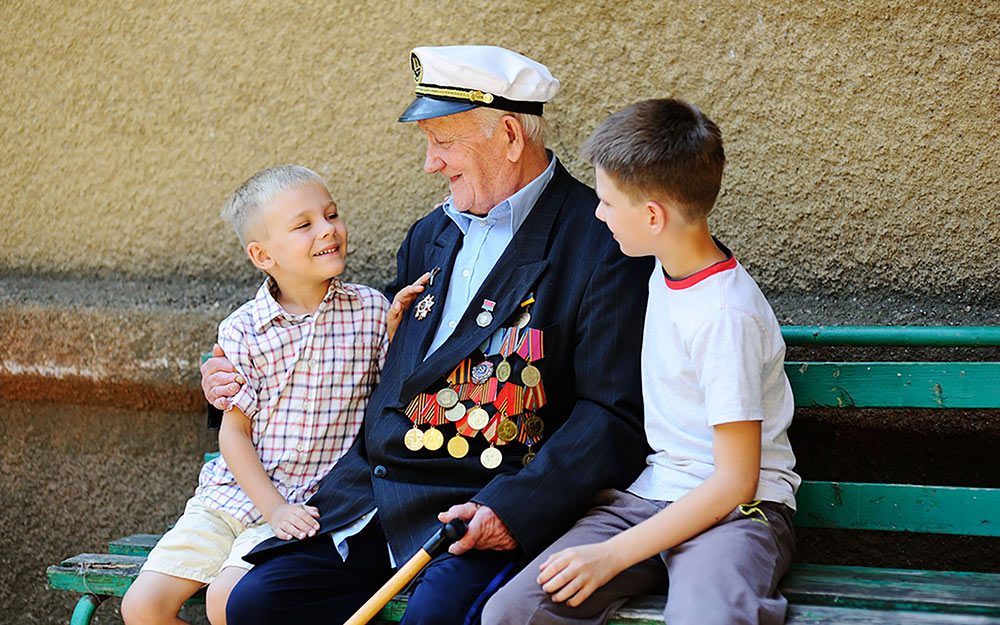 Simple Ways You Can Support Vets 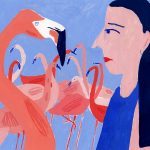 How I Learned to Love the Real Me