When a 19-year-old charged into a chess club meeting with five-inch hunting knives, James Vernon sprang into action. 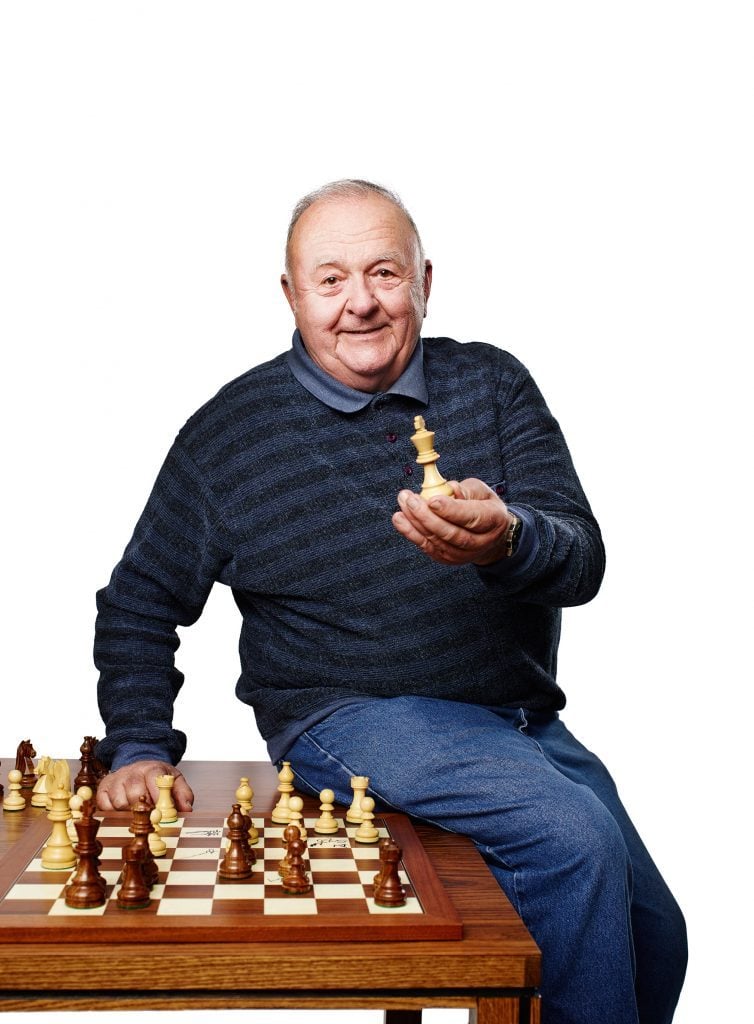 On an October afternoon last year, James Vernon, 76, was supervising a youth chess club meeting in a conference room in the Morton Public Library in Morton, Illinois. About 16 kids, ages seven to 12, quietly faced off at two horizontal rows of tables, and James walked from pair to pair, overseeing the matches and offering tips. Four mothers sat off to the side, waiting for their kids to finish the weekly hour-long session.

Suddenly, a stocky teenager wearing glasses burst through the door at the front of the room. “I’m gonna kill some people!” he yelled.

At first, James, who was standing in the aisle between the tables, thought the bizarre sight was a Halloween prank, but then he saw the five-inch hunting knives that the teenager was holding in each hand. The teen, whom police later identified as Dustin Brown, 19, shouted incoherently and began cutting his left forearm with one of the knives. Blood dripped from his arm and onto the floor, inches from where two stunned chess players sat. “As soon as I saw those knives and he started cutting, I knew this wasn’t a prank,” says James. “I thought, I can’t let [something terrible] happen.”

James, a former computer-systems architect, spent 44 months in the U.S. Army from 1962 to 1966. He had been trained in hand-to-hand combat, but he decided to forgo that and attempt to calm the boy instead by talking to him. “Hey, who are you? Where do you go to school? What’s the problem?” James asked the boy. “Let’s talk about this. I’ll listen.”

“My life sucks,” Dustin replied as he peered down at the floor and continued to cut his arm.

While James talked to Dustin on one side of the room, Sandy Rassi, 40, the mother of three of the chess students, stood up on the other side. When she heard James say, “It’s about time for these kids to head home,” she motioned silently for the children to quietly leave the room one by one.

When Dustin finally looked up, he saw that the chairs were empty, and he lunged at James.

“I think he attacked me because I was the only one left,” says James.

Dustin swung the knife toward the man’s neck and face, but James caught the blade with his left hand. The knife sank into his palm, leaving a deep gash between his thumb and forefinger and slicing the tendon at the back of his ring finger. With blood gushing from his hand, James continued to fight. He grabbed the necklace Dustin was wearing with his right hand and jerked him forward while he swung his right knee toward his groin.

Then James pinned the boy onto a table on his left side, hitting the right side of his collarbone with his uninjured fist. “I was trying to get him to drop the knives,” says James.

It worked. Dustin let go of both weapons, and James subdued the attacker until Morton police officers arrived a few minutes later. Paramedics rushed James to the hospital, where doctors spent two hours surgically repairing the tendon and two arteries in James’s hand.

Almost six months after the attack, James still hasn’t recovered full range of motion in his hand, but he’s back at the helm of the chess club.

Dustin was charged with attempted murder, armed violence, burglary, and aggravated battery, all felonies, as well as aggravated assault with a deadly weapon, a misdemeanor.

“I told my kids that Mr. Vernon stopped evil,” Sandy says. “He was willing to put himself at risk for them.”