Find out why this small town was voted the nicest place in California.

There are movements, there are grassroots movements, and then there are blade-of-grass movements. Richard Lynn is that blade of grass: one man popping up out of the dirt at the edge of California’s Central Valley, hoping to make his town and the world a better place.

Lynn, 57, is a union electrician. He lives in a housing development in Rio Vista, population 8,200. Half the town is a cluster of homes and businesses built by the Sacramento River. The other half is the Trilogy subdivision, Lynn’s over-55 gated community. Trilogy draws modestly prosperous retirees and older workers like Lynn, promising a peaceful, pleasant place to wind down a hardworking life. There’s a golf course. There’s a park and a senior center.

But for Lynn, there is also a shadow of menace. He is African American. The vast majority of his neighbors and elected officials are White. Usually people get along, he says, but things can get ugly, like the time in 2019 when local police were caught on video body-slamming a Black woman following a traffic stop. (This was one of several civil rights controversies that led Rio Vista to disband its police department last January; now Solano County sheriff’s deputies patrol the town.)

When Lynn moved to Trilogy in 2018, one of a handful of minorities, he tried not to worry about the neighbors who didn’t seem to want to say hello. He enjoyed the palm trees and lived his life. He often took a walk or a jog at night.

But when the one-two combo of the COVID-19 quarantine and the George Floyd protests hit, Lynn realized he felt afraid to leave his house. He was afraid to take his nightly jaunts. In addition to worrying about the virus, the news stirred up an even deeper fear: What if someone calls a cop, thinking he’s a burglar? What if the responding officer has an itchy trigger finger? 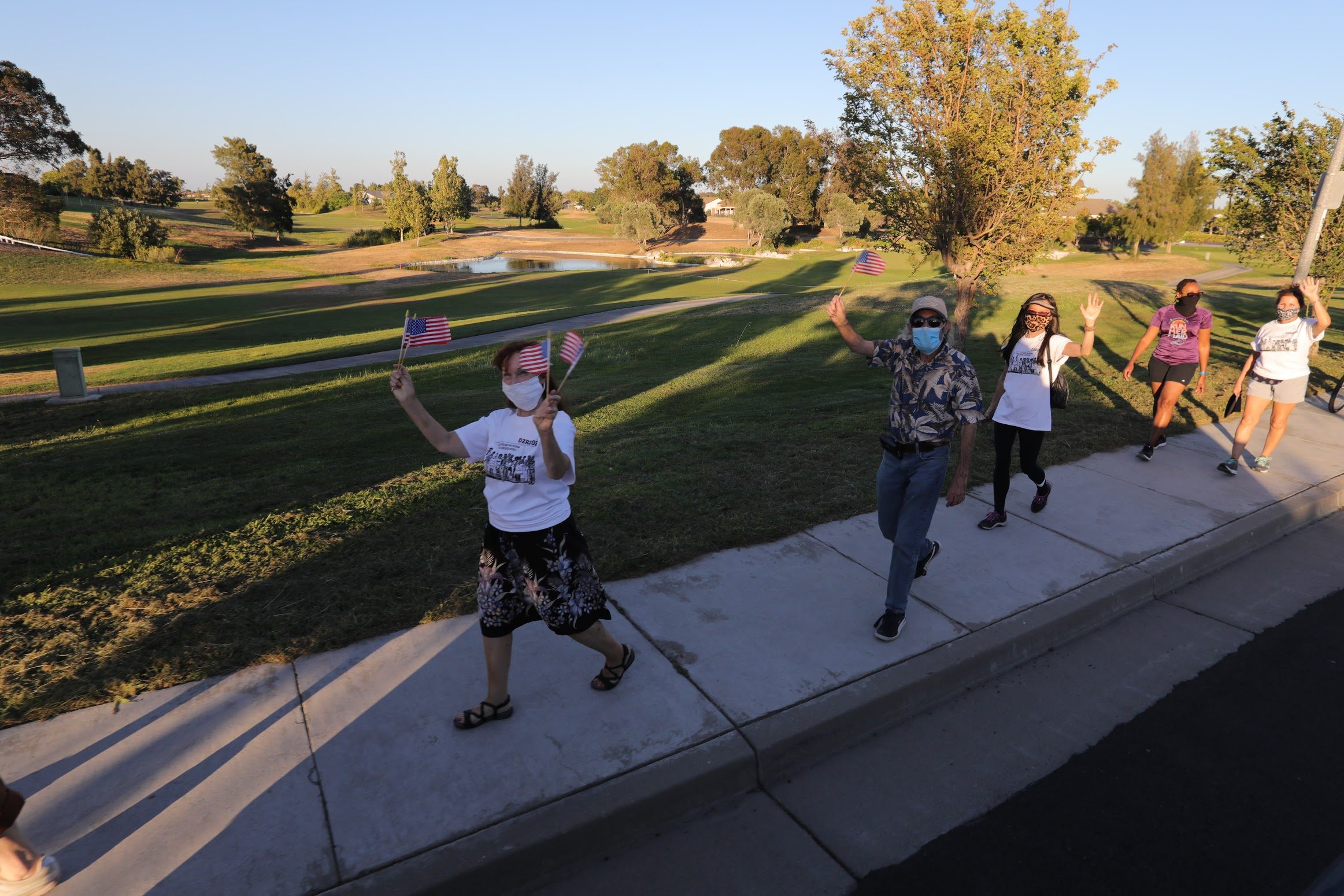 Courtesy L Michael Bouyer“That was the first time as an adult that I felt unsafe,” says Lynn. That night, instead of going out to jog, he sat down to write a nextdoor.com post.

Little did he know that he’d already done it. His neighbors saw his post. They felt his pain. He wasn’t the only blade of grass in town. Offers poured in to join Lynn for a walk. “They didn’t say, ‘He’s crazy!’” he recalls. “They said, ‘Let’s support him.’”

Soon, dozens of neighbors joined Lynn for twice-daily walks through Trilogy that continue to this day, morning and evening at 7:25, marking the time of Floyd’s death: 7:25 a.m. Pacific time. As part of each walk, the group takes a knee for the amount of time it took Floyd to die beneath an officer’s knee, to reflect on past victims of injustice and imagine a future when Americans see one another as people, not racial stereotypes.

“This is a solidarity walk, not a walk of anger. This is a walk of celebration,” Lynn says. “It’s a celebration of the beginning of the death of racism.”

His neighbor Jeanne Brown says the response to Lynn’s post restored her faith in humanity. At one of the first walks, “seventy-five people showed up,” she recalls, “including the fire department chief.”

Not everybody in town supports Lynn. Passing drivers sometimes yell “All lives matter!” says Lynn’s friend Tom Watson. “And I say, ‘All lives will matter when Black lives matter!’”

Now, on a typical day, a dozen or more people show up. Whether these walks can change the world, Lynn can’t say. At first, all he wanted was to get something off his chest. But he feels energized. He’s even running for mayor. Win or lose, when he steps out the door to walk, “There’s an hour a day where I’m in a race-free society,” he says. “When in life do you have that opportunity?”

In neighborhoods across America, people united to overcome the virus and to fight racial injustice. We received nearly 1,200 stories this year from all 50 states. Rio Vista was just one of them. You can read 49 more here. We’d like to thank our partner Nextdoor for helping us get the word out and for helping unite American communities.

Fighting COVID-19 and Racial Injustice, Buchanan, Michigan, Is the Nicest Place in America

Q&A: Mitch Albom Talks Kindness Through the COVID Crisis and the Nicest Place in America