In Waterford, OH, apple butter is far from just sauce in a jar; it's a movement, bringing an entire town together, one stir at a time.

Finalist for Nicest Place in America 2017: The Doak’s House in Waterford, Ohio

The Doak’s House was a top-10 finalist in 2017’s Nicest Place in America contest.

There’s a tiny town in the rolling green hills of Eastern Ohio, nestled between the Muskingum River and Wolf Creek, where they meet near the West Virginia border. You could easily miss it if you weren’t looking for it. It’s a peaceful place called Waterford and every other year something very special happens there—a special family tradition that reminds you what small-town America is all about. So special, in fact, that it might just be the Nicest Place in America.

When Reader’s Digest put out the call to find America’s nicest place, we got responses from cities, towns and villages of every size and description. We got nominations from booming places and tiny places, places that are changing and places that aren’t, places surrounded by corn fields, farms and forests, big-city neighborhoods, Major League ballparks and even an island on the edge of the Pacific Ocean.

But only one nomination named a single event at a single house in a single tiny town: the Doak family’s Apple Butter Weekend, held every other year in their driveway, across the street from the local high school. And like many of our other exceptional nominations, this one spoke to something deep within us about what it means to be nice and kind, in exactly the way we were looking for when we launched a search for the Nicest Place in America.

The Family That Stirs Together, Stays Together

Making apple butter isn’t complicated, but it has to be done just right. The fire can’t be too hot, or too cool. You can’t stir too fast, or too slow.

And above all, the stir stick can never stop.

“Nice and easy,” says Jennifer Young, who’s been at it since she was old enough to hold the paddle. “You stir with your body. It’s not an arm thing. It’s kind of a sway.”

So when it’s Apple Butter Weekend at the Doak’s house in Waterford, the rules are simple: take it slow and steady, step by step. Bring in as many people as you can. Make sure everyone knows their task and gets their turn. Feed everyone, listen to everyone, and share the love with everyone.

“It’s all about getting people together,” said Young. “Getting family together. The new spouse. The new grandkids, the neighbors.”

Strangers are welcomed and passersby are waved over to the stir pot for a turn before being sent to the buffet for some food and to make new friends.

The Making of a Movement

It began with Smith’s grandmother; her parents, Roger and Shirley Heft, made it an institution. Weeks of preparation culminate in a day that draws dozens to gather around huge copper kettles where bushels of apples cook down into a thick, brown, spicy paste.

“People stop by and take a turn stirring the pot. They all bring food. They make a day of it,” said Nancy Crowley, a friend of the family for over 40 years.

The apples bubble gently for “eight hours, minimum,” Young said. At first, she said, it’s “fairly easy to get through, fairly fluid. But as the day goes along, it changes,” thickening and darkening.

The stirring gets harder. The crowd of friends, family and neighbors grows.

Children take turns with the stir sticks—“the big deal always was, don’t fall into the fire,” Young said—then hand them off to the adults, who drain gallons of sweet tea and coffee as they debate the finer points of production: what kind of wood to use; how big the logs should be; when to put in the sugar or the cinnamon red-hots; whether this year’s batch should be thicker or thinner or sweeter or spicier than the last.

“I try to put in as much cinnamon as I can, and I like it thick—but not everybody does. There’s never been a year where we were all on the same page,” Young said. “But in the end we all eat it.”

Before the day’s main meal, the Doaks gather their friends around the kettles to hold hands for a prayer of thanks: “thankful that we can be there; thankful for the example that was set for us,” Young said.

But through it all, the stir sticks never stop.

And when the elders declare the cooking complete, an assembly line of helping hands snaps into action, jarring and sealing the entire batch in less than an hour. While the fire dies down, boxes of hot, freshly jarred paste are carried inside to sit by the piano, the lids popping all night as the butter cools—“an amazing sound,” Young said.

Young, a fifth-grade teacher with a husband and two teenage children of her own, remembers times when Apple Butter Weekend was just her, her mother, and her grandmother. These days they’ll draw forty people or more, cooking up 100 pints at a time. Most gets divided up among the family, but plenty ends up in refrigerators across Waterford and beyond.

“You have to know somebody to get this apple butter. We don’t sell it,” said Young. But, she said, “if you ask, you’re going to get it.”

A Slice of Small-Town Life

Lucinda FlemingApple Butter Weekend isn’t the biggest annual event in Waterford, a town of about 1,000 residents nestled in rolling green farmland near the West Virginia border. That would be the Waterford Community Fair, a weekend of carnival rides and hog-judging contests locals jokingly call the “World’s Fair.”

“It’s a huge homecoming for people,”Young said. “You sit on the side of a hill and watch the tractor pull.”

But for Fleming, who grew up on the other side of the state, the Doak’s weekend is a can’t-miss event that captures the best of small-town America.

“Everybody knows everybody. Even when I come to visit, everyone knows my car. I park in the driveway, and they’ll say, ‘Oh, Lucinda’s here!’” Fleming said. “There’s just something about Waterford.”

It’s a blue-collar town of big porches on wood-frame houses; among the Doak’s neighbors are teachers, retirees, and workers from the small factories and agricultural services that dot the region. A local restaurant, the Cornerstone, raised $46,000 for charity over five years from a tip jar on the counter. Young’s son, an Eagle Scout, saved the local elementary school $12,000 by finding volunteers to install its new playground equipment.

The Doaks themselves are modest and devout. Shirley plays organ and runs a youth group at their church; Roger, a retired state trooper, sits on the local school board; friends describe them as the kind of people who will always lend a hand or an ear.

“They’ll do anything for anybody,” said Fleming.

[pullquote]“He’d give you the shirt off his back, and launder it too,” said Crowley. “It’s a shame there aren’t more people like them.”[/pullquote]

But attention and praise are not what the Doak family seeks. Instead, Young said, what her parents value are people.

The family has faced its share of challenges over the years, moving 13 times during the 1960s and 70s. But wherever they’ve lived, Young said, her parents always made friends the same way they make apple butter: by doing the little things the right way, paying attention at every moment.

“They’ve done everything in small steps,” Young said. “I always say, my mom and dad have huge ears. They just listen. They aren’t quick to judge, they aren’t quick to decide anything. They’ve made a life of working on relationships.”

So apple butter weekend in Waterford isn’t just about the apple butter, although Crowley declares the Doak’s version “yummylicious.”

Instead, the weekend is about community: teaching the youngsters, learning from the elders, making new friends and catching up with old ones, passing on unchanging values even as the world changes.

The same thing happens every day in different ways in millions of other homes across the nation; the Doaks just happened to do it so well for so long that their friend Lucinda was inspired to tell Reader’s Digest.

It was an unexpected nomination—but Young says they’ll just keep rolling the way they always have. “This has been a little difficult for my dad,” she said. “He says, ‘But I haven’t done anything.’ And we say, ‘Dad! Come on! You’ve built a family!’” 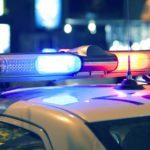 When Police Violence Threatened to Tear This Town Apart, What Happened Next Will Restore Your Faith in Humanity