As with recent weeks, the Vatican, Batman, and Dennis Rodman seem to be hot topics. Let’s see why: • Vatican 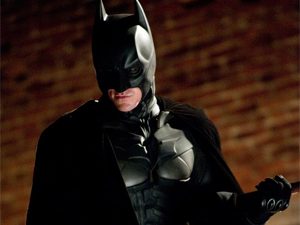 As with recent weeks, the Vatican, Batman, and Dennis Rodman seem to be hot topics. Let’s see why:

• Vatican posts about the Caped Crusader: The Pontifical Council For Social Communications on Thursday posted and tweeted an article about how Batman has grown “bitter” over the years, which naturally caught religious followers off guard. Initial reports that the Vatican’s website was hacked by Batman fanboys proved unfounded, though: Seems someone close to the Papal Conclave is a fan of the Dark Knight and thought the content, originally from the Catholic News Network, was relevant.

• Dog mistakenly sent from New Jersey to Ireland: Airlines have lost my luggage before, sure, but a misplaced dopp kit doesn’t seem so bad after United Airlines flew a spaniel overseas for reasons unknown. Hendrix the dog was supposed to fly from New Jersey to Arizona but wound up in Ireland—however, now dog’s doing fine back in the United States, and his owners? They got a refund.

• Massive bridge disappears in Turkey: For reals: No one knows where a 44,000-pound bridge in Turkey’s Gölçük district went, though police say thieves may have somehow dismantled the entire thing and sold its parts off. Or gone all Copperfield on the authorities.

• Real-life hotel made out of candy opens in London: You could call it the best PR stunt in history, but I call it delicious. Sugar company Tate & Lyle sugars on Thursday opened a hotel made from edible goods like fudge, cake, and caramel popcorn. Taking a bite out of the windowsill is one way to avoid the minibar, right?

• Dennis Rodman reveals that Kim Jong Un has a baby girl: It’s the story that just won’t die. Dennis Rodman, BFF to North Korea’s bloodthirsty dictator, told The Sun that there’s a lil Kim in the ruler’s life—a detail that’s been kept secret until now. And the Doomsday Clock ticks ever closer to midnight…