When the government deregulated the airline industry, it made room for all kinds of crazy airline ventures. Here are the strangest. 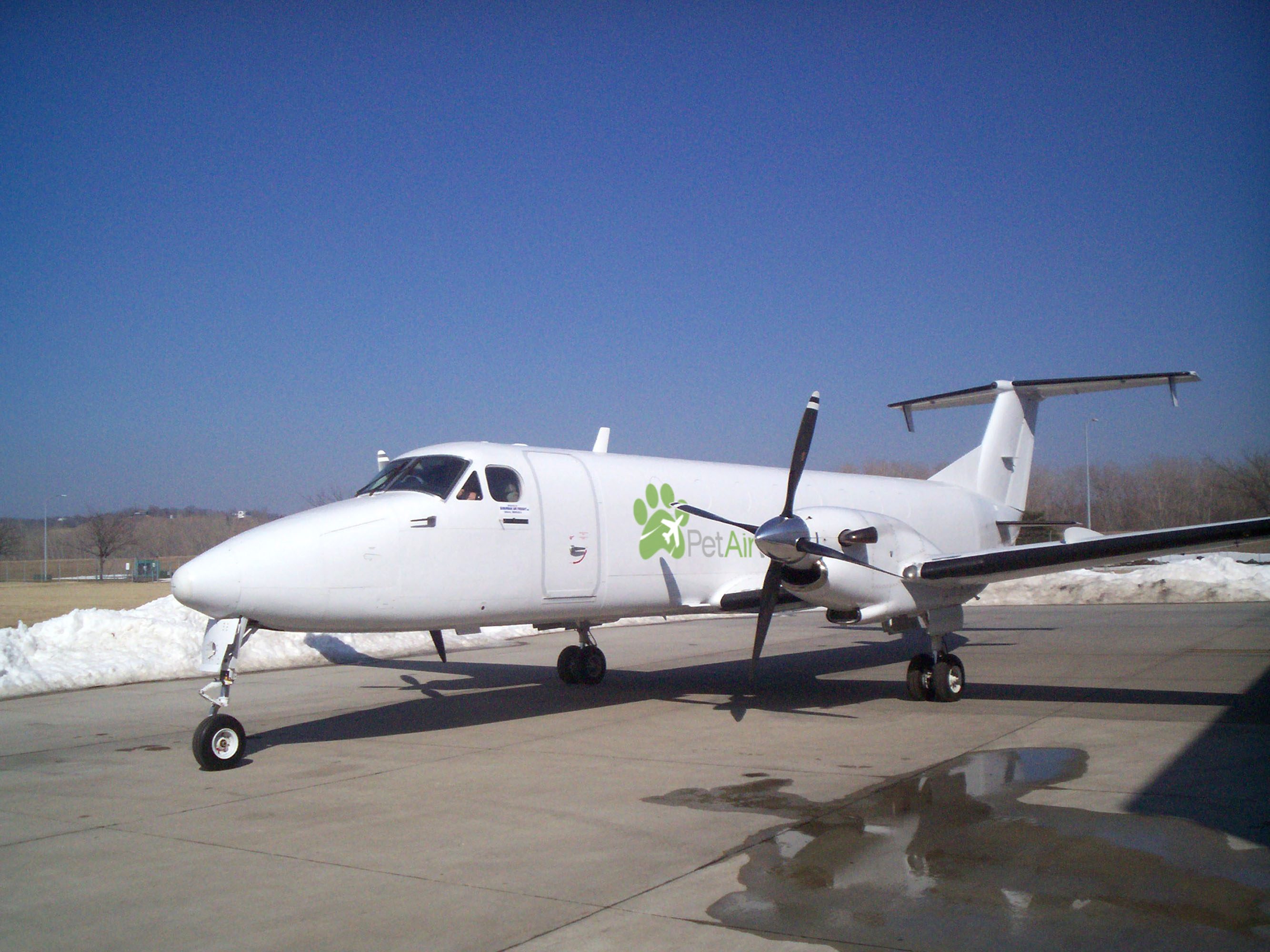 This was launched in 2009 as the first airline to exclusively transport pets—or “pawsengers,” as they put it—in specially equipped main cabins. Pet Airways, unfortunately, proved all bark and no bite—they didn’t last, which was too bad because their ambitious and altruistic Shelter-Pet Relocation Program aimed to provide life-saving flights for rescue pets by sending them from cities with too much supply to cities where the demand is high for adoption. Curiously, the Pet Airways website is still looking for investors and their social media accounts remain active with recent posts and photos.

Founded in 1993 and 2006, respectively, by a CEO with a 30-cigarette-a-day habit, these two airlines were both conceived after the FAA smoking ban in 1990. Yet while smoke from a cigarette will always rise, neither of these ambitious airlines lasted longer than a coughing fit. Smokers Express was also weird because it had planned on selling memberships (like a poor man’s NetJets subscription), offering free cigs and lotto tickets, and slapping ads on the side of the planes. Almost no one thinks that smoking in-flight is a good idea, but here are the airlines that offer really nice perks for passengers.

According to Condé Nast Traveler, this weird airline upstart was praying to “create a ‘warm spiritual atmosphere’ aimed at born-again believers, on proposed DC-8 flights from Miami to Tel Aviv.” The biblical-themed planes planned on showing only religious movies, serving absolutely no alcohol, and having Bibles and Torahs tucked in the seatback pockets in place of SkyMall catalogs. The Lord’s Airline never did glide toward the heavens. Traveling with this airline would reveal your beliefs—but there are a whole lot more surprising things your airline knows about you.

The “breastaurant” chain once placed two Hooters Girls (along with FAA-certified flight attendants) on flights to and from its hometown of Myrtle Beach, SC, and 14 other U.S. destinations. According to Business Insider’s verbal history of Hooters Air, there were no Buffalo wings served, but passengers could get plenty of soft pretzels and pigs in a blanket; the Hooters Girls also played trivia with the passengers. Despite a memorable 888-FLY-HOOT phone number, Hooters Air ended up losing $40 million over its three-year existence. Here’s a list Hooters Air wouldn’t have made: The best airlines in America.

With the primary goal of bringing deep-pocketed guests to the Red Lion Hotel and Casino in Elko, NV, from cities such as Portland, Seattle, and El Paso, this weird, now-defunct airline was a steal for high rollers and casual gamblers alike. It offered round trip fares as low as $49. Of course, the money those guests would eventually lose at the casino would make those flights significantly more expensive. From 1989 to 2005, the single Boeing 737-200 plane in its fleet carried a total of 40,000 passengers to the Red Lion.

Initially serving just a single route between NYC’s JFK and Los Angeles International—no Las Vegas stops, oddly enough—this gaudy, gold-plated ’80s airline of excess was a favorite of celebs like Ivana Trump, Madonna, and Guns N’ Roses frontman Axl Rose before it went bust in 1995. By promising no more than 33 passengers on each first class–only flight, and providing a one-to-six flight attendant-to-passenger ratio, MGM Grand Air charged upwards of $2,800 for a round-trip ticket in its heyday (that’s over $5000 in today’s money). Although it failed, airline experts consider MGM Grand Air to be the precursor of luxury carriers like Emirates.

This bare-bones, no-frills airline was a sensation when it opened for business in the 1980s thanks to charging as much as 70 percent less than competing carriers. With cheap fares that travelers paid in-flight (like on a city bus) and no ads, People Express grew like mad; in 1987, overwhelmed by debt, the airline was purchased by Continental. However, People Express paved the way for future unbundled fare airlines like Spirit and Frontier. The company also had an interesting job rotation plan, in which a pilot could spend time loading baggage or a financial analyst could be crunching numbers one day and serving passengers drinks at 25,000 feet the next. While there are wild stories about People Express, these are 20 common myths about airplanes everyone needs to stop believing.