What Are Pork Rinds, Exactly?

Pork rinds are tasty and addictive, but there’s a good chance you might not know what’s actually in this protein-packed snack.

Thanks to protein-heavy diets like keto and paleo, pork rinds are making a major comeback. It’s been nearly four decades since the last time pork rinds were trendy—during his 1988 presidential campaign, George H.W. Bush revealed that pork rinds were his favorite snack food, causing their popularity to explode to the point where manufacturers were struggling to keep up! And just like other processed pork products like SPAM and hot dogs, people have a lot of questions about how pork rinds are made. So what are pork rinds, exactly? And what other food facts do you need to know about these tasty snacks? Read on to find out.

Yup! Pork rinds are made by simmering pig skin in water until much of the fat has rendered (or melted away) and the skin has shrunk to a fraction of its original size. Next, the pig skin is cut into small pieces known as “pellets,” which are then chilled so that any additional pork fat can solidify. Once cold, the excess fat is removed, and the pellets move onto the oven.

In the oven, the pork skin pellets cook on low for eight to 10 hours to partially dehydrate, removing most—but not all—of their moisture. Finally, the shriveled-up pig skin is deep-fried at temperatures around 400 degrees Fahrenheit. When the pig skin hits the hot oil, the remaining moisture inside of it quickly turns into steam, which makes the pork rind puff up into a snack that’s airy and crisp. After that, pork rinds can be seasoned with salt, spices, sauces, or other flavorings.

In case you were wondering, pig skin is eaten in many cultures, but in America, it’s rarely consumed outside of pork rinds. Instead of food, most pig skin is turned into leather.

Directly comparing pork rinds to potato chips or other popular snack foods is an apples-to-oranges scenario. There’s a lot of confusion as to the healthiness of pork rinds, thanks to their association with high-protein diets like keto, paleo, slow carb, and Atkins. It’s important to note that just because a food fits into a particular weight-loss diet, it does not necessarily mean that it’s healthy.

Pork rinds fit into high-protein diets because they do not contain carbs, sugar, or fiber. However, they are not “diet” food by any stretch of the imagination, and they should be eaten in moderation. Pork rinds are high in cholesterol and saturated fat, which can raise your “bad” LDL cholesterol levels. They’re also high in sodium, and according to the Harvard School of Public Health, foods that are high in sodium can lead to high blood pressure, heart disease, and stroke.

A half-ounce serving of pork rinds (about six pieces) has:

There’s nothing wrong with enjoying pork rinds as a once-in-a-while snack, but as with all processed snack foods and meat products (including hamburgers), moderation is key. Homemade pork rinds aren’t much different from the store-bought kind; even though they’re not coming from a factory, they are still cooked (or “processed”) the same way and have similar nutritional profiles.

What is the difference between pork rinds and chicharrones?

Chicharrones and pork rinds are very similar, with one minor difference: Chicharrones are made with skin that still has fat and, occasionally, meat attached, whereas pork rinds are made only from skin. Chicharrones originated in Spain in the 1700s and soon became common in all of Spain’s colonies. To this day, chicharrones remain popular in most of the Spanish-speaking world and are primarily enjoyed as a snack. They can also be used as an ingredient in soups and stews, chopped into salads and salsa, and stuffed into tacos. Think of chicharrones the same way you would cooked and crumbled bacon.

There are two types of Mexican chicharrones that are commonly found in America, but just because they share a name doesn’t mean they’re the same thing! Wheel-shaped chicharrones de harina are almost like fried pasta; they are made from flour, water, baking powder, and salt, and contain no meat at all. Chicharrón de cerdo are made from pork skin.

What are other types of pork rinds?

Chicharrones, cracklins, fatback—all of these snacks are in the pork rind family, and they are all cooked the same way. What makes them different, besides their names, is how they’re rendered and cut before they’re deep-fried. Basic pork rinds are made from pig skin that’s free of fat, while classic Southern cracklins still have a bit of fat attached. Because of the fat, cracklins don’t puff up as large as regular pork rinds do, and they have a richer, meatier flavor. And even though all cracklins are deep-fried, there’s a variation known as “fried cracklin,” in which the pig skins are cut into thin strips and deep-fried twice to give them a nearly rock-hard texture.

Fatback is made the same way that pork rinds, cracklins, and chicharrones are, but it’s not meant for snacking. Made from skin from (you guessed it) the back of the pig, fatback has a good amount of fat attached, similar to French lardons or thick-cut pork belly. When deep-fried, fatback is dense, savory, and ultra rich. It’s delicious when used in other dishes—including wrapped around leaner pieces of meat to add moisture and flavor, or slow-cooked with black-eyed peas for a traditional New Year’s dish—but on its own, it’s too intense for a snack.

Now that you know what pork rinds are, find out all about caviar and sashimi next. 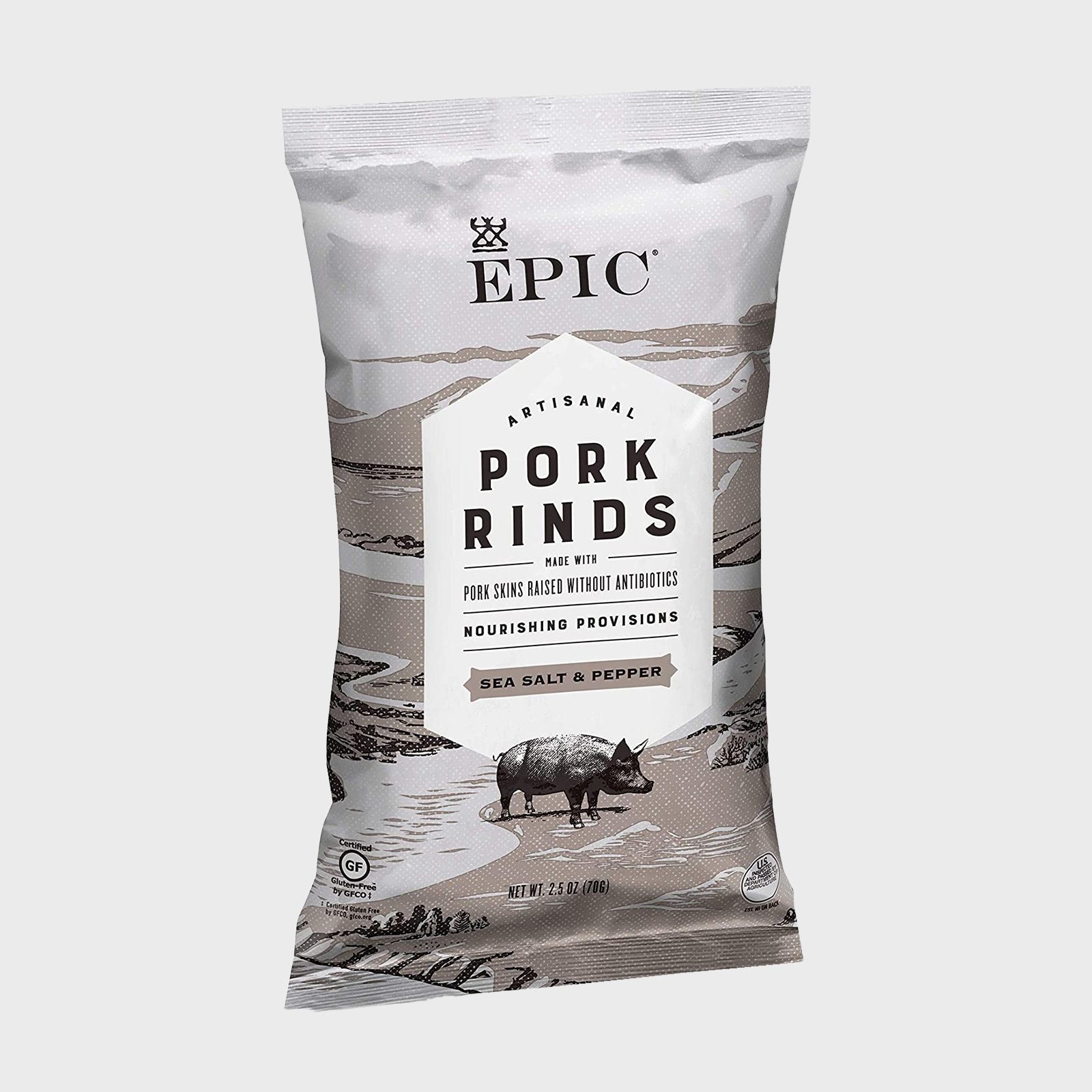 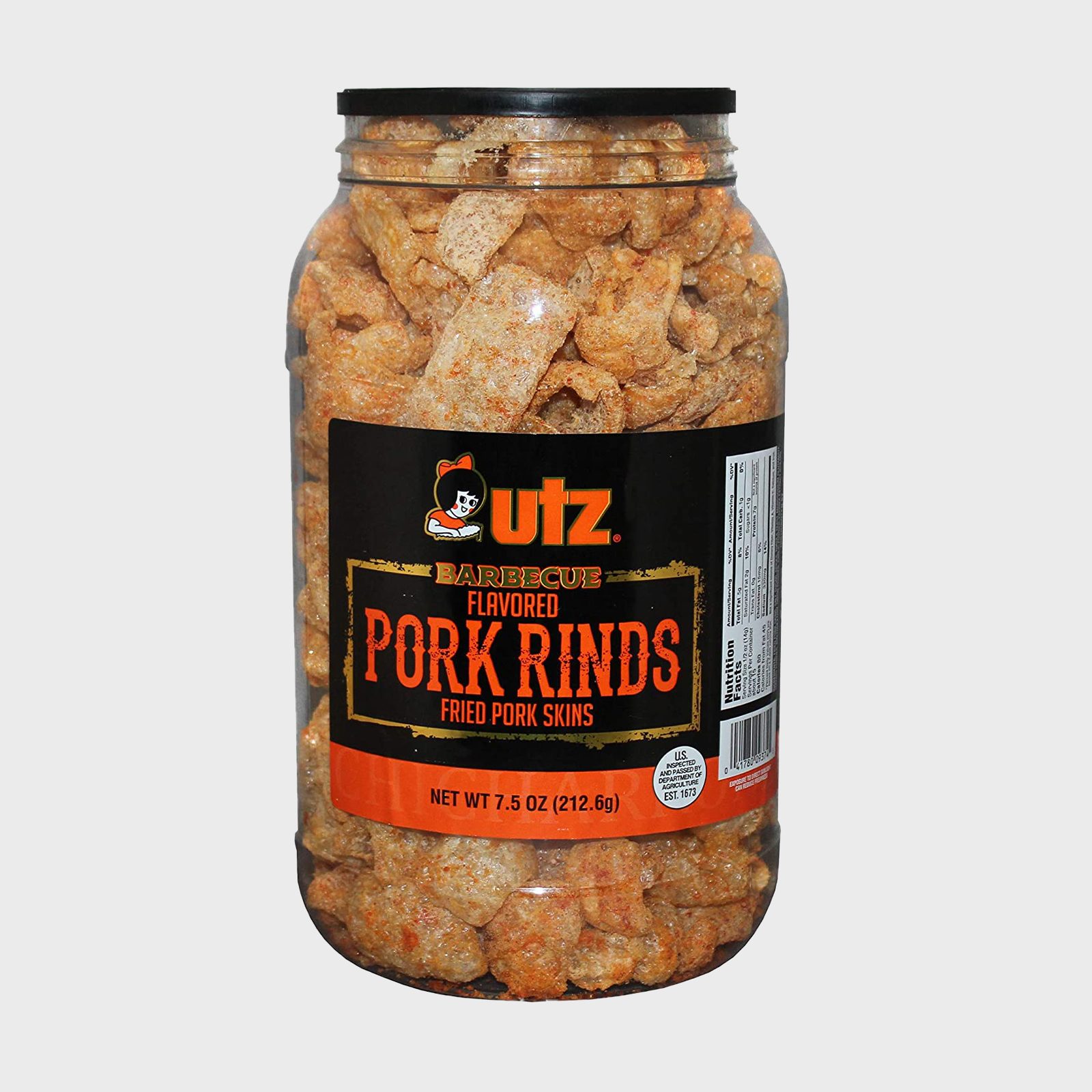 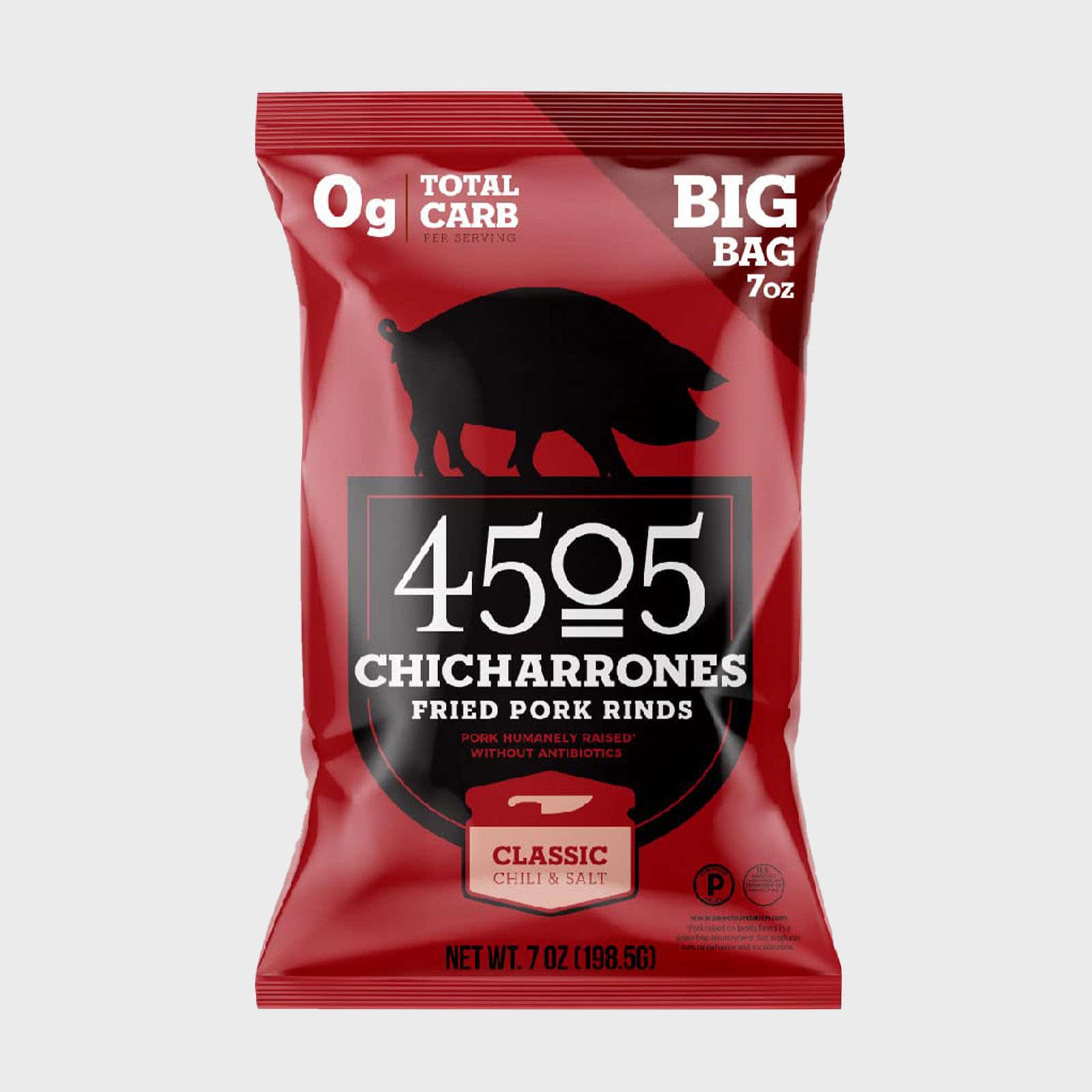 What Is Margarine, Exactly?

Is a Hot Dog a Sandwich? 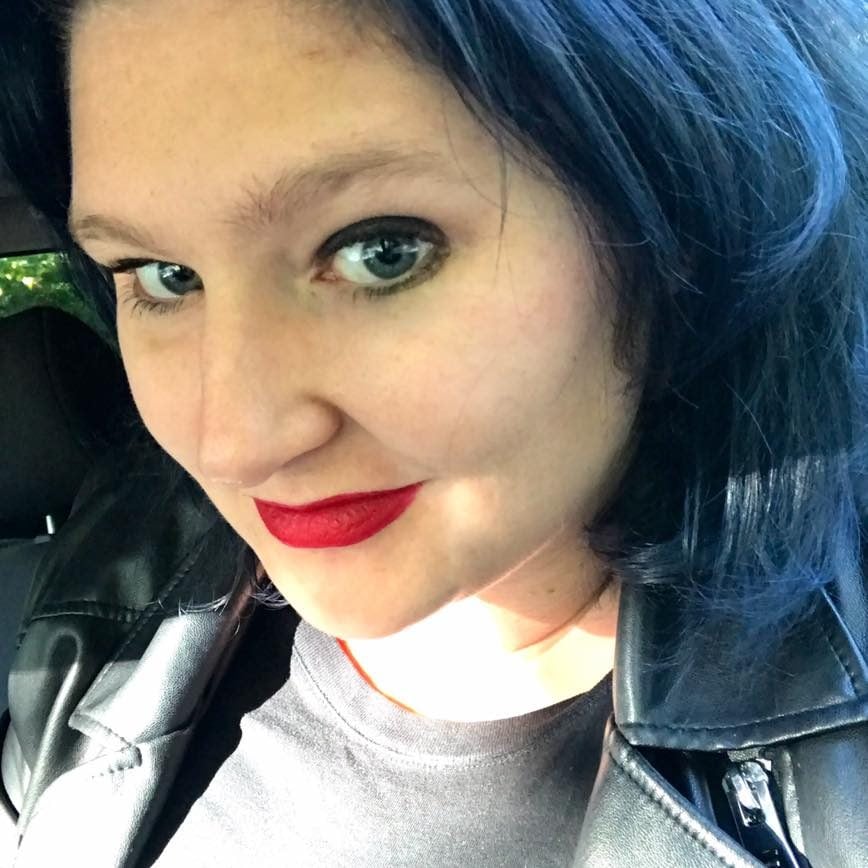 Allison Robicelli
Allison Robicelli has nearly 20 years of professional experience in the worlds of food, lifestyle, and parenting. She is the author of three cookbooks, one travel/history book, and has written for a variety of national magazines, websites, and newspapers.
Now Trending
I Tried the Ring Pro 2 Video Doorbell—Here’s My Honest Review
Does Salt Expire—and How Do You Know If Your Salt Has Gone Bad?
How Long Does Canned Food Really Last?