This Is What the Earth Actually Sounds Like, According to Scientists 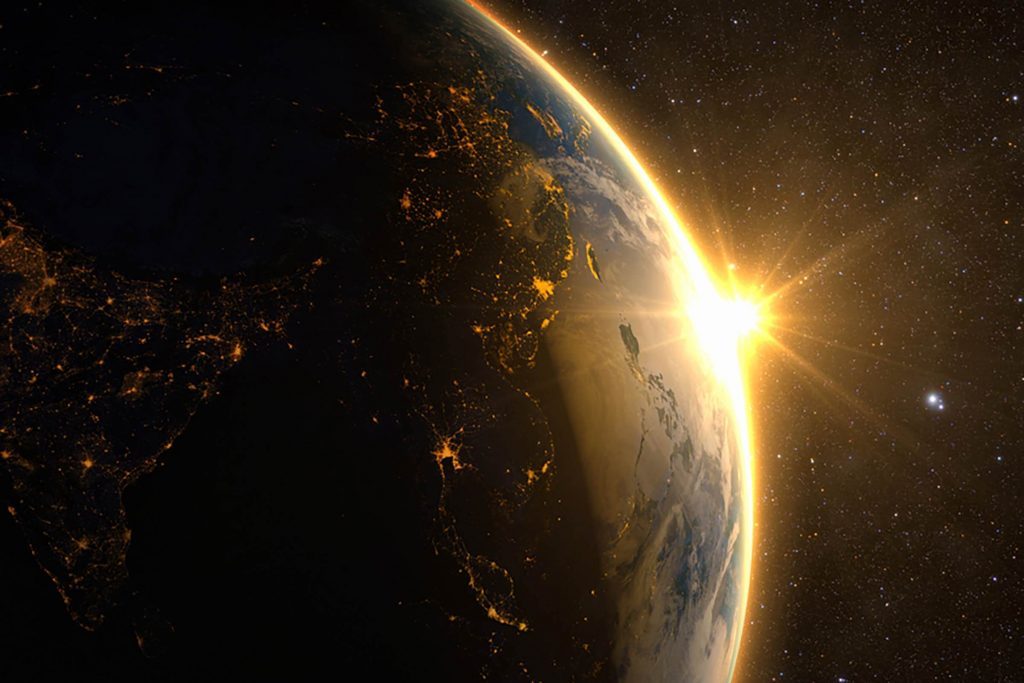 What would you consider to be the quintessential sounds of Earth? When NASA launched the Voyager in 1977, the ship contained two “Golden Records,” both containing image and sounds which aimed to represent the essence of our planet. Track titles on the record included names like “Kiss, Mother and Child,” “Train,” and “The First Tools.” These tracks represented Earth and its history well, but they weren’t literally the sound the planet makes.

But scientists have theorized since the 19th century that the Earth does, in fact, have its own sound—and they believe they have recorded it, finally. Researchers from the Paris Institute of Global Physics cross-referenced 11 months worth of seismographic data from stations monitoring a 1,200 mile stretch of seafloor in the Indian Ocean. The researchers were able to pinpoint two specific seismometer stations with highest quality data and from that data, they were able to pull audio of the Earth’s “hum” using some sophisticated math.

The process required some work, as the Earth’s hum, an incredibly faint sound registering between 2.9 and 4.5 millihertz (the human audible spectrum is 20 Hz to 20 kHz), needed to be separated out from the cacophony of the crashing oceans above. Scientists first attempted to record the hum in 1959 and the hum was successfully proven to exist by researchers from the University of Tokyo in 1998.

But what exactly is making the hum? Researchers believe it’s “free oscillation,” a form of microseismic activity which consists of the Earth constantly vibrating at an incredibly minute frequency. This vibration doesn’t register on standard earthquake-measuring equipment. Prior attempts at recording the hum involved using land-based recording methods.

Researchers believe that the ability to track the sound of the Earth’s hum will provide humans with a more intricate understanding of the inner-workings of the planet, and, in turn, its potential future seismic activities. (The mystery doesn’t stop below the Earth’s crust—two different groups of scientists have received mysterious signals from space in recent months.)