What Really Happens When You File for Bankruptcy?

Filing for bankruptcy is always an option—but is it the right one for you?

What exactly is bankruptcy?

According to the United States Courts, bankruptcy is a legal process that helps people who can no longer pay their debts get a fresh start by liquidating assets to pay their debts or by creating a repayment plan.

“Bankruptcy is a form of debt relief available to consumers,” Jill Gonzalez, an analyst for Lending Tree, explains to Reader’s Digest. While it might seem like a no-brainer for someone in deep debt, the decision to file for bankruptcy should not be taken lightly. “You should only file for bankruptcy after you have explored and exhausted other options that may be less damaging, like debt settlement or debt management,” she continues. In a nutshell: bankruptcy should be used as a last resort, and you should always consult a lawyer before deciding on a course of action. Want to avoid getting into a sticky financial situation? Start by reading up on these 12 credit card mistakes you should never make.

Why would someone file for bankruptcy?

Basically, once debt gets to a point where it is impossible to pay back—due to the high principal as well as soaring interest rates—that is when to consider bankruptcy as an option. The most common reason is extremely overextended credit, but there are also other factors that can lead to the decision to file for bankruptcy, such as unemployment, large medical bills, or even marital problems, shares Gonzalez. Sadly, most bankruptcies—over 60 percent—are attributed to financial downfall due to a medical condition.

How do you file for bankruptcy?

While anyone can file for bankruptcy on their own, Gonzalez strongly suggests hiring an attorney to help you with the process. “There are two types of bankruptcy for individuals: Chapter 7, where your debt is paid off by liquidating your assets, and Chapter 13, which is designed to allow debtors to keep their possessions and establish a repayment plan.” All bankruptcies are handled in federal court with rules outlined in the U.S. Bankruptcy Code.

So, does it mean you are off the hook to pay down your debt?

Whether you get freed up from your debt or have to pay it back depends on what type of bankruptcy you fill. If you file for Chapter 7 bankruptcy you’re not required to pay off your debt, as it will be paid by liquidating your assets. “This is a swift process, lasting up to six months,” explains Gonzalez.

Chapter 13, on the other hand, is actually a restructuring of your debt. “Under this option, you are required to create a three- to five-year repayment plan for all your debts,” she explains. “This arrangement allows you to extend your payment periods while keeping all your assets.”

What happens to your credit?

Bankruptcy stays on your credit report for seven to ten years. “While filing for bankruptcy significantly damages your score, it doesn’t mean that it consistently holds you back the entire period; the impact to your credit score tends to diminish over time,” shares Gonzalez. “Stay focused on rebuilding it, be responsible, and keep monitoring your credit to minimize the damage.”

So just how much will bankruptcy impact your score? While the drop will fluctuate on a case-by-case basis, Debt.org maintains that someone with an average 680 score would lose between 130 and 150 points in bankruptcy, while an individual who started out with near-perfect credit—like an above-average 780 score—would lose between 200 and 240 points. Here are 10 things you probably think will hurt your credit score but actually won’t.

How does bankruptcy impact your finances and future spending?

As you would probably guess, your future ability to secure credit is seriously impacted by filing for bankruptcy, as it is basically a scarlet letter for lenders. “Getting approved for a credit card after bankruptcy can be difficult. You typically won’t be able to get one before a bankruptcy discharge,” says Gonzalez. If you were considering making a major purchase, such as a car or a house, you will likely have to get a cosigner.

That’s why you are going to want to do everything to build your credit back up, so the best way to do this is by getting a secured credit card, which is basically a glorified debit card. “There are some secured credit cards that don’t even require a credit check, and you should be able to get one just by placing a deposit. After that, use your card to make small purchases and make sure to pay your bill in full and on time every month,” she says. Looking for other ways to rebuild your finances? Here are 19 money-saving tips from self-made millionaires.

How many times can someone file for bankruptcy?

Are there any options other than filing for bankruptcy?

Bankruptcy should be your last resort and last resort only; there are other less drastic options to consider. Debt settlement is one of them. “This is a negotiation between debtor and creditor where they agree on a reduced balance to be paid off, after which the account is closed,” Gonzalez says.

Another option is a debt management plan. This is an agreement between the debtor and the creditor to modify the terms of the outstanding debt, such as fees or interest reduction for a certain period of time. “This should allow you to pay back the amount owed, and help you regain control of their finances,” Gonzalez says.

You can also try consolidating your debts or even asking a family member for help. While improving your finances may seem hopeless, it can be done. Get inspired by the story of this couple who paid off $78,000 in debt in two years. 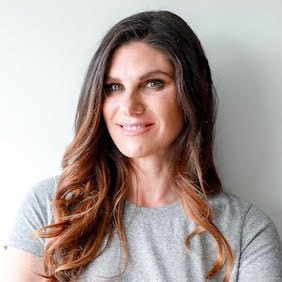 Leah Groth
A general lifestyle writer, Leah covers everything from cleaning hacks and consumer products to travel and pets for RD.com. When she isn't working you will find her chasing after her four children (two humans, a Vizsla and a German Shorthaired Pointer) or working on her 100-plus year-old-home outside of Philadelphia.

20 Best Loungewear Sets You’ll Want to Wear All Day
48 Cheap Valentine’s Day Gifts for 2022 That Only Look Expensive
This U.S. State Has the Most Powerball Lottery Winners