When this Rabbi Needed a Kidney, a Methodist Minister Came to the Rescue 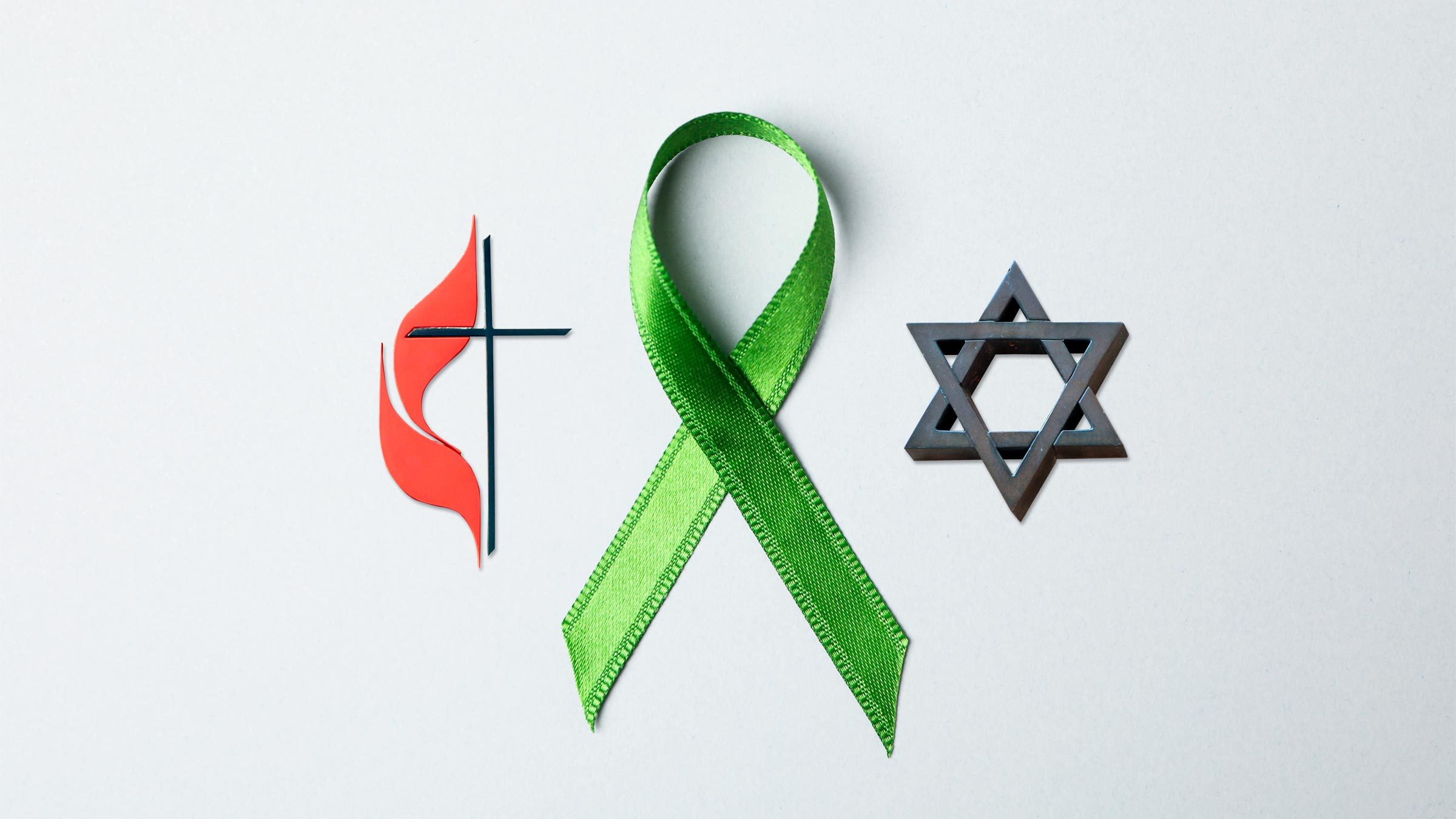 In what sounds like a case of divine intervention, this reverend and rabbi found each other in the nick of time.

Anytime you put a rabbi and a minister in the same sentence, it sounds like the start of a well-worn joke. But instead of walking into a bar, these two people of faith met in a parking lot outside a clergy meeting. And it wasn’t a joke, but a life-changing moment in a suburb of Philadelphia.

Reverend Karen Onesti, then senior pastor at United Methodist Church, and Rabbi Andrew Bossov of Adath Emanu-El synagogue, both in Mt. Laurel, New Jersey, knew each other in passing from their monthly interfaith meeting. On this evening ten years ago, however, Rev. Onesti could tell something was up with Rabbi Bossov. So she approached him in the parking lot and asked him how he was doing.

“Not so well, unfortunately,” Rabbi Bossov replied. “I need a new kidney.” His kidneys were failing, the result of an experimental drug he’d taken more than a decade earlier for his colitis. Facing dialysis, the rabbi had already joined the United Network for Organ Sharing (UNOS) registry, but the line was 70,000 people deep at the time. He’d also been working with close friends and relations to find a live donor, but so far, he hadn’t found a match. The statistics are grim for people in Rabbi Bossov’s situation: in the U.S., 20 people die every day waiting for an organ donation.

Rev. Onesti didn’t hesitate: “I’ll give you one of mine,” she told the rabbi.

Writing in the journal Reform Judaism, Rabbi Bossov reported that “the year that followed had many twists and turns as we navigated the arduous path toward donating and receiving an organ. Being accepted for transplant was one thing, but being approved for surgery was another, and there were no guarantees.” Rabbi Bossov began dialysis, and Rev. Onesti discovered she needed major surgery of her own (a hysterectomy) before she could be eligible to donate an organ.

But eventually, both Rabbi Bossov and Rev. Onesti were cleared, and their surgeries were a success. More than a decade later, the kidney is functioning perfectly, and the rabbi is grateful “beyond words” every single day. “If there was a psalm praising our Creator for the success of a living kidney donation, I’d sing it every morning right after the prayer of gratitude,” he writes.

Today, both the rabbi and reverend lead happy and healthy lives, and their friendship has deepened over the years. Rabbi Bossov calls his functioning kidney, “Lefty,” because it was Rev. Onesti’s left kidney. Although Rabbi Bossov has since relocated to Chicago, he and Rev. Onesti still see each other several times a year. And occasionally, they make public appearances together to advocate on behalf of live organ donation. Bossov notes that anyone interested in live organ donation can take the following steps:

The leading causes of kidney failure are diabetes, high blood pressure, and obesity. Simple blood and urine tests can tell how well the kidneys are working. The screening is vital because those with early kidney disease don’t know they have it.

This pastor’s gift was a symbol of unity between two religious communities. If you see antisemitism in your hometown, stand up to it, and embrace religious differences with love like this community did.