Where Does the Vice President Live?

The vice president lives in a white house—no, not that one!

Where does the vice president live?

We all know the president’s address (1600 Pennsylvania Avenue), but where does the vice president live? It turns out that there’s a vice presidential white house too! 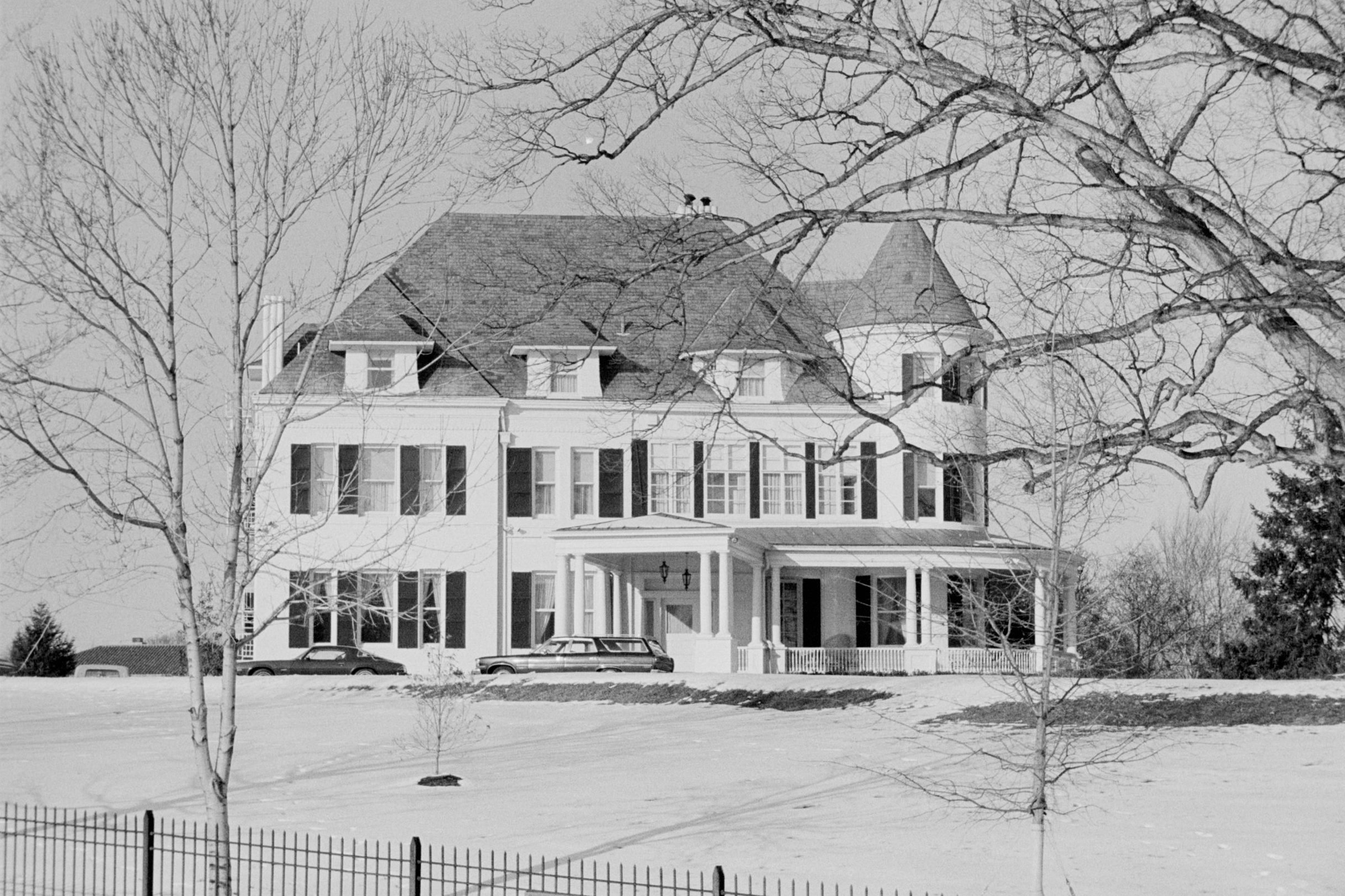 A tale of two (white) houses

Located about 2.5 miles from the White House, the beautiful three-story Queen Anne-style mansion is still legally designated the “official temporary residence of the vice president of the United States” today. Although the picture above was taken after former Vice President Walter Mondale and his family moved in in 1977, the rarely-seen house has definitely been updated since then as each family has made changes to the house and grounds. Mondale’s wife Joan had a passion for art and used the house to display her collection, George H.W. Bush had a horseshoe pit dug in, and Dan Quayle added a swimming pool, which Joe Biden reportedly enjoyed during his stay. The Bidens created a “Family Heritage Garden,” with flagstones denoting previous vice presidential residents and family members, and even their pets, while current Second Lady Karen Pence reportedly set up a honeybee hive on the grounds in 2017.

Who was the first vice president to live at Number One Observatory Circle?

The first vice president to actually live in the house was Walter Mondale, serving under President Jimmy Carter. He moved in in 1977, three years after Number One Observatory Circle was designated for the vice president’s use. The previous vice president, Nelson Rockefeller, already had a larger home of his own in Washington, D.C. and so mostly used the Observatory Circle house for official events and entertaining. It has since been home to Vice Presidents Bush, Quayle, Gore, Cheney, Biden, and Pence, as well as their families, and will soon be home to Vice President-Elect Kamala Harris and her husband, soon-to-be Second Gentleman Doug Emhoff. Now that you know where the vice president lives, check out these other things you didn’t know about the vice presidency.

The history of the vice president’s house

Built in 1893, the house had previously been the home of the Chief of Naval Operations, since it is located on the grounds of the U.S. Naval Observatory. In fact, the Naval Observatory continues to operate today as a place of scientific study. Built of terracotta brick, it was not painted its current cream color until the refurbishment in the 1970s. It really is the second white house! So where does the vice president live? In a very comfortable 9,000 square feet. The first floor of the house includes the dining, garden, and living rooms, lounges, a pantry kitchen, a formal reception hall, a sitting room, and a wrap-around verandah. On the second floor, the vice president’s family enjoys a guest bedroom, den, master suite, and a study, while the servants’ quarters in the attic have now been converted into four bedrooms. The family kitchen is located in the basement. Find out why the White House is white.

Secrets of the other white house

According to the BBC, in December of 2002 (when the Cheneys were residents), neighbors were repeatedly disturbed by construction noise and digging being carried out at Number One Observatory Circle. When the Naval Observatory’s Superintendent sent neighbors a letter stating that the nature of the work was classified, rumors abounded that an underground bunker was being built as a safety measure, perhaps in reaction to the terrorist attacks of September 11th the previous year. The government has neither confirmed nor denied the existence of such a bunker, but Number One Observatory Circle has never been opened for the public to tour. Can you guess the Secret Service code names for U.S. presidents?

Why doesn’t the vice president live in the White House?

The First Jobs of All the U.S. Presidents

Here’s What Happens When You Restrict Someone on Instagram