Where the Buffalo Still Roam

Every year, visitors from around the world migrate to South Dakota’s Custer State Park to witness 1,000 buffalo rumble across

Every year, visitors from around the world migrate to South Dakota’s Custer State Park to witness 1,000 buffalo rumble across the plains in an annual “Buffalo Roundup.” Check out these great photos from this year’s event. The pastoral images left me wishing for a home (or at least, a vacation) where these iconic American creatures roam.

Created nearly 50 years ago by officials looking to manage the park’s bison herd, the Buffalo Roundup attracts a diverse audience curious for a peek at what life must have been like in the Old West. Spectators gathered early Monday morning as the first few buffalo made their way over a rolling hill. Shortly after, the entire herd thundered across the plains in full force and into a waiting pen.

The AP reports that roughly 25 percent of the animals rounded up are sold and shipped across North America, where they may be used to start a new herd, supplement an existing one, or for meat. The Buffalo Roundup is also representative of a national effort to conserve bison populations, which were reduced to dangerously low numbers by the early 20th century.

One visitor from North Carolina captured the Roundup’s enduring appeal: “It’s part of America’s past,” he told the AP. “The buffalo went away and now it’s coming back.” 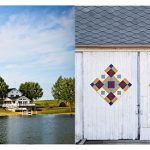 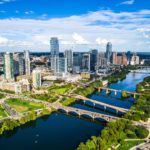 Why Texas Cities Have Been Booming Since the Pandemic