Get Ready: Whole Foods Prices Are Coming Down!

After buying Whole Foods this past summer, Amazon's first order of business is to slash prices. You won't be calling it "Whole Paycheck" for much longer! 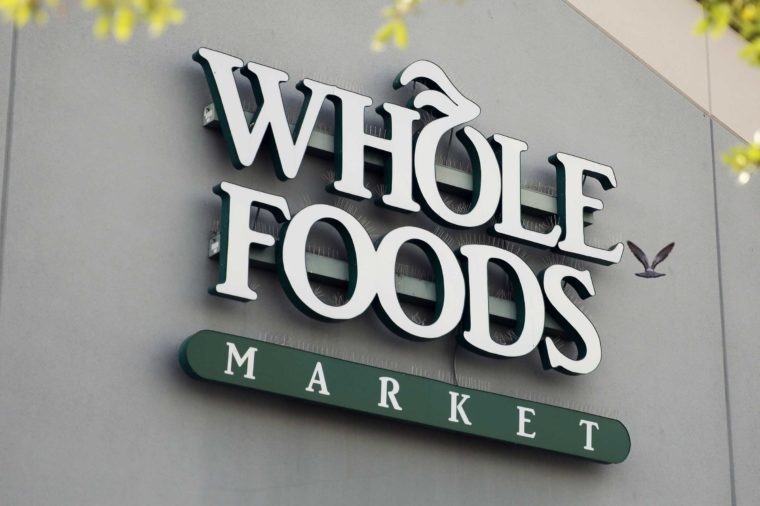 APREX/ShutterstockOne of Amazon’s core beliefs is that grocery shopping is an online business, yet the retail giant just spent $13.7 billion to procure 460 brick-and-mortar Whole Foods stores and lower prices on dozens items. Their goal: To dominate the grocery business as they’ve dominated the online goods industry. While it’s been known that Amazon would be cutting prices at Whole Foods, loyal fans of the store were eager to find out when. They didn’t have to wait long. After buying the brand in June, Amazon just announced that price cuts will begin on Monday, August 28.

“We’re determined to make healthy and organic food affordable for everyone. Everybody should be able to eat Whole Foods Market quality,” said Jeff Wilke, CEO of Amazon Worldwide Consumer, in a statement. “We will lower prices without compromising Whole Foods Market’s long-held commitment to the highest standards.”

Amazon also plans to merge its online business and physical stores by changing its popular Prime membership—a $99-a-year- program featuring quicker free shipping and video streaming among other benefits—into a Whole Foods rewards program. The idea is to give customers even greater savings.

While the price drop is big news for shoppers, it remains to be seen how much Amazon will cut prices in Whole Foods stores. (These are the tricks supermarkets use to get you to spend more.)

“I believe what we will see is Amazon and Whole Foods becoming aggressive on price,” Brittain Ladd, who is a strategy consultant and previous employee of Amazon told The New York Times. “I won’t be surprised if some prices are lowered 15 percent to as much as 25 percent in some categories.”

Currently, organic large brown eggs sell for $5.99 for a dozen, organic Fuji apples are $1.55 each, organic bananas are $.36 each, tilapia is $10.99 a pound, and organic rotisserie chicken is $13.99. It will be interesting to see how significantly such items drop in price.

According to Amazon, the markdowns will keep coming, while Amazon Prime members will enjoy additional discounts at Whole Foods.

Whole Foods, according to analysts, needed the slashing in prices, as its consumers have balked at the prices, which are 15 percent higher than average grocery stores. The immediate cut in prices may temporarily cut into profit margins, but only for the greater good in the long run, according to the chain’s new owners. These are the overpriced grocery items you need to stop putting in your cart.

“Amazon is playing to its strengths here,” Michelle Grant, who is the head of retailing at Euromonitor International, a London-based market research firm, told The New York Times. “Obviously the low-cost approach is in Amazon’s DNA, and it’s something Whole Foods has been struggling with for a quite some time.”

At least in the price department, the new Whole Foods will have to face this new online supermarket, which is selling every single item for only $3.