The Real Reason We Call 911 in Emergencies

This three-digit number has a grisly origin. 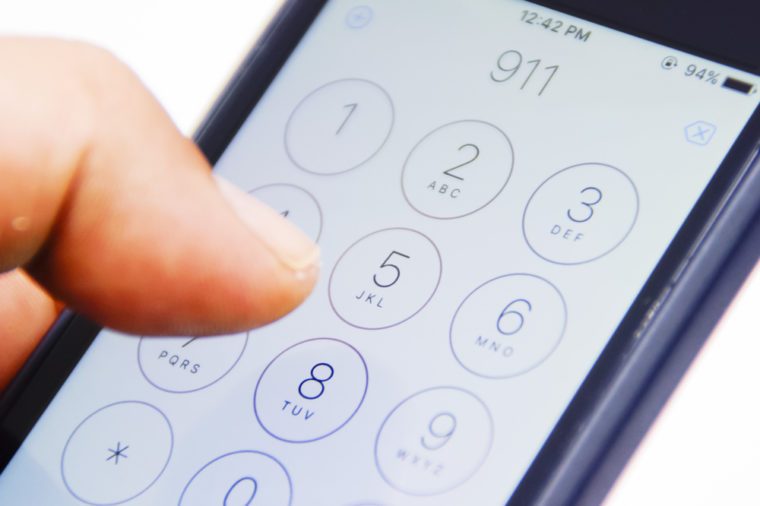 One of the first phone numbers we memorize as children (sometimes before our parents’ numbers) is 911. We’re told of the gravity that comes with calling this number, and how it should never be misused or taken lightly because it could literally save someone’s life.

The number has since been ingrained in our brains. But how did those numbers become the Universal Emergency Number throughout the United States?

It all started with a murder.

Until the 1960s, people contacted their local police station or fire department if there was an emergency. They could also dial “0” and have the telephone operator connect them, PBS.org reports. The National Association of Fire Chiefs requested a phone number specifically for reporting fires in 1957, but little came of it.

Then, in 1964, 28-year-old Kitty Genovese was stabbed and raped near her apartment in Queens and later succumbed to her injuries. Reports circulated that as many as 38 neighbors witnessed the attack without calling the police. In reality, only a few people likely saw her attacker, two neighbors claimed to have called the police, and one woman even ran to help Kitty as she bled out, The Washington Post reports.

Nevertheless, the community was already outraged by the supposed lack of communication that led to Genovese’s death, and locals joined a national campaign to create an emergency response system.

Three years later, the President’s Commission on Law Enforcement and Administration of Justice formally recommended that a “single number should be established” for people across the country to call and report emergencies, according to the National Emergency Number Association (NENA). In 1968, AT&T (which operated the majority of U.S. telephone connections) announced that 9-1-1 would be the country’s official emergency code. Don’t miss these secrets 911 dispatchers won’t tell you.

Those digits were selected for a few key reasons. For starters, it was short and easy to remember. 9-1-1 had also never been used as an area code or office code. Plus, it was easy to dial on the rotary dial phones that were found in most homes at that time.

Congress supported AT&T’s proposal. Senator Rankin Fite made the first ever 911 call in Haleyville, Alabama, on February 16, 1968. And in March 1973, the White House’s Office of Telecommunications issued a national policy encouraging the use of the 911 system across the country to report emergency situations.

However, not every “emergency” that people think warrants a police response is actually all that serious. These are 14 of the most hilarious 911 calls ever placed.