Why Chadwick Boseman Was the Hero We All Needed

His choices and his insistence on Black excellence not only gave us a memorable superhero—they also changed the world in ways you might not realize.

Chadwick Boseman’s sudden death has sent shock waves through the world. He kept his battle with colon cancer private, and when his death was announced, it left so many of us speechless and grieving. Fans took to social media for tributes. Pictures of children with Black Panther toys surfaced, many of the kids’ arms crossed in the now-famous “Wakanda Forever” salute. The world—and especially the Black community—suddenly lost a man whose movies did so much more than simply provide entertainment.

More than a job

Chadwick Boseman wasn’t an actor who just played a character. This is clear when you watch any of his movies, as well as listen to interviews with both him and those who worked with him on set. But it became even more evident with his star turn in Black Panther. Chad Boseman was T’Challa, the king of Wakanda. T’Challa was poised, regal, intelligent, kind, and powerful. His authority was quiet and tactful yet always present with him on screen. He was able to show his loving relationship with his sister and lead a fight in a fierce and fearless way, and we, the audience, accepted all of it. His portrayal of T’Challa was not of a “Black character” but a person. T’Challa was simply human, and that’s what made him revolutionary. The fact that this is still revolutionary, however, is one of the reasons why Black History Month shouldn’t be a single month.

A sense of responsibility 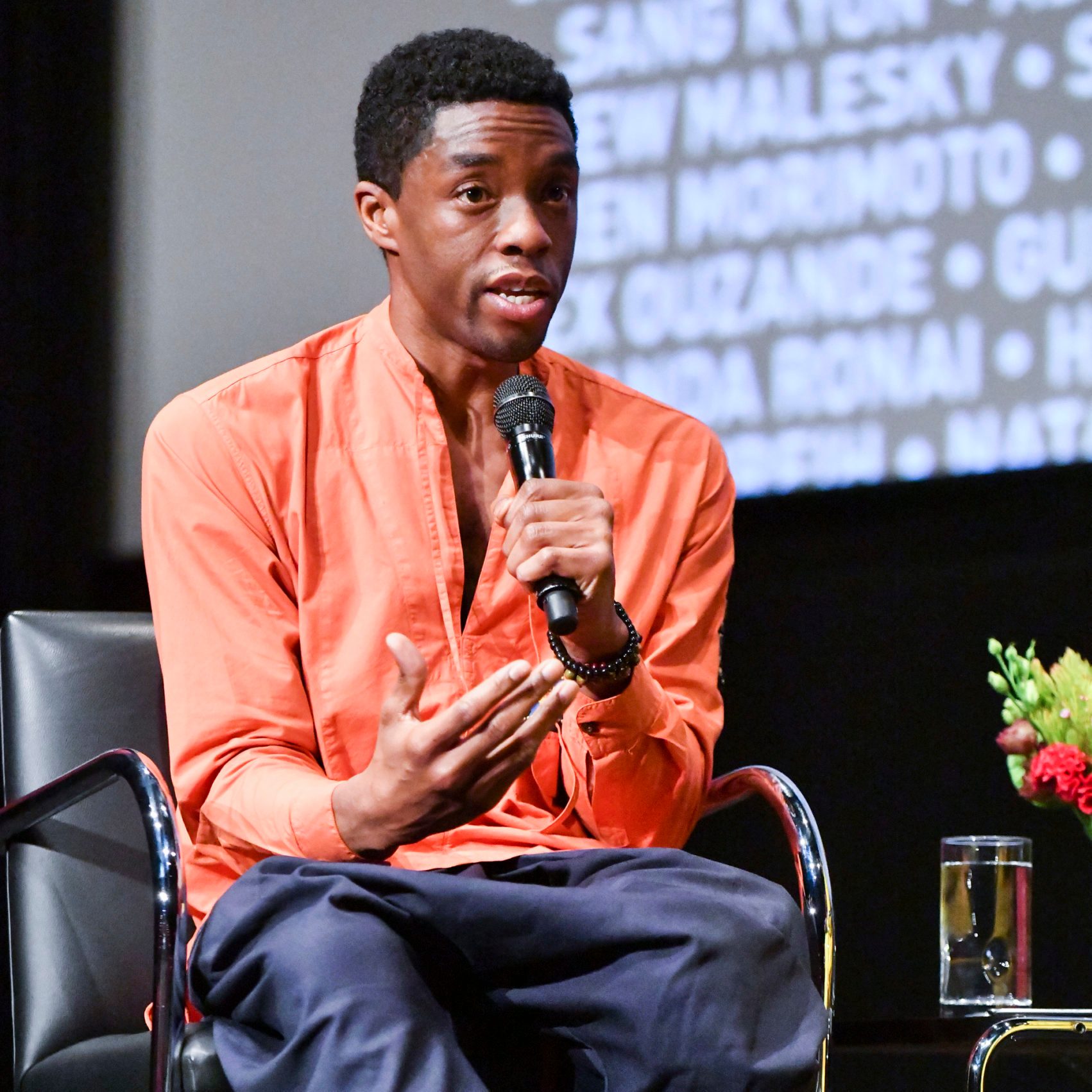 Behind the scenes, Boseman advocated for himself in terms of how he wanted to play this pivotal role. He understood what it meant to have a character like this on the big screen—especially as the first Black superhero in the Marvel universe. That was reportedly a big factor in wanting his character to have an African accent, says Black Panther director Ryan Coogler. Boseman wanted to “present T’Challa to audiences as an African king, whose dialect had not been conquered by the West.”

This was groundbreaking, but it was just the beginning of his impact. As he reportedly discussed with colleagues regularly and as you can see in a powerful commencement speech at his alma mater Howard University, Boseman knew that had the power to make a real difference in terms of representation. The image of Black men in the movies and on TV is often negative and superficial, and it’s an everyday act of racism that doesn’t get talked about enough. T’Challa was the opposite of the typical Black character who has no background, no past, and no character development. We knew T’Challa: his family, his country, his legacy, and why he became the leader of his nation. T’Challa resonated with so many people, and Boseman not only gave us an amazing hero—he also changed the way the world saw leading Black men in cinema.

Refusing to play a stereotype

Boseman refused to take on roles that were degrading or stereotypical, even when he was just starting out as an actor. For example, in the beginning of his career, he was cast as a young gang member named Reggie Montgomery on All My Children. The character’s mother was a drug addict and his father was out of the picture, and Boseman voiced his concerns with this all-too-common trope to the show’s writers. He was let go from the soap opera shortly after. More recently, Boseman turned down a slavery drama because he didn’t want to perpetuate stereotypes. His agent, Michael Greene, said that Boseman instead “wanted to show men of strength and character.” 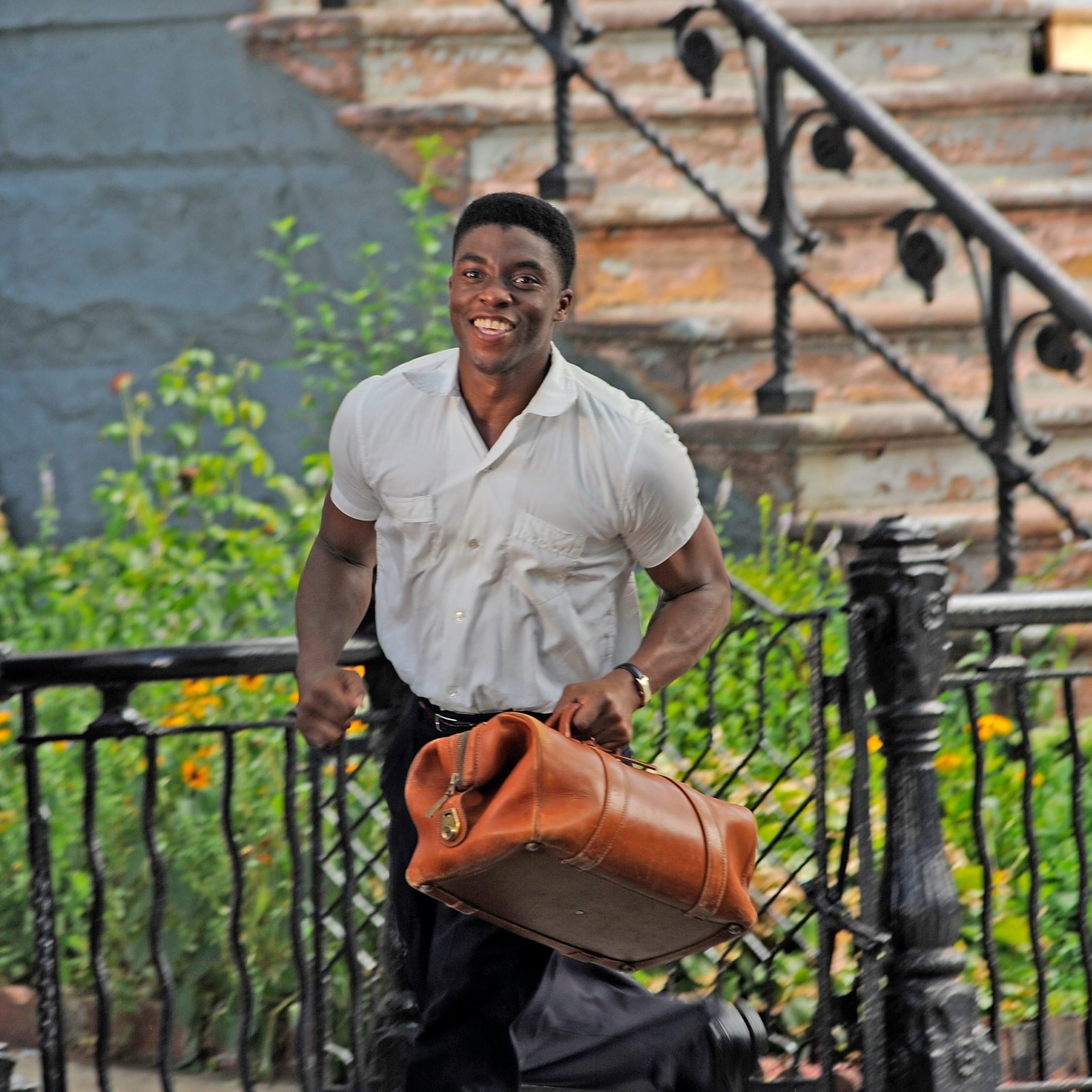 One look at his career choices reveals just how important that was to him, as he took role after role representing actual people who defined Black history and were presented in a nuanced way. Of course, there was his portrayal of Jackie Robinson, the first Black baseball player in Major League history, in the film 42—the breakout role in which he also got to show off his athletic ability. He displayed the fancy footwork of the King of Soul, James Brown, in Get on Up. And he captured the authority and intellect of Supreme Court Justice Thurgood Marshall in Marshall. The common thread in Boseman’s diverse resume? All of these roles were historical figures waging war against the status quo and creating a way for others—namely, Black people—to follow in their footsteps. And Boseman played each character with an impressive heart and a depth that is hard to imitate. While these figures were all well known in their own right, you probably didn’t learn about these 35 Black Americans in history class.

Beyond the big screen

Boseman also had a big heart, and he was passionate about a number of causes. For example, he supported the Black Panther Challenge, which was initially intended to raise money to help impoverished children in inner cities see Black Panther and then snowballed into a Disney-sponsored effort in which $1 million was donated to STEM programs for the Boys & Girls Club of America. But arguably Boseman’s most poignant off-screen work involved visiting terminally ill children at St. Jude Children’s Research Hospital—while he was fighting his own private battle with cancer. The way he lived his life, on and off the screen, epitomized what it means to be a true hero in every sense of the word, and that legacy will live on.

Our Guide to the Fight Against Racism

15 Famous Movie Quotes Everyone Gets Wrong