This Is Why Costco Only Accepts Visa Cards

Hint: It means you save money every time you shop

You have been waiting in line with a cart full of Costco goodies and are finally at the front of the line. Your items are scanned, and you hand the cashier your American Express card—but the person at checkout isn’t taking it. “Sorry, we only take Visa now.” For a massive institution like Costco, it seems surprising not to accept all major credit cards. But this is Costco, so of course the choice comes down to saving money.

Whenever you swipe your card, you cost businesses a sliver of money because they have to pay a “merchant fee.” About 2 to 3 percent of what you pay is taken out and given to the credit card company and bank. It’s a small percentage, but it can add up for stores and restaurants, which do what they can to avoid taking the hit. For instance, some won’t accept cards for small purchases, and others refuse cards with higher fees, like American Express. Find out 5 shopping perks only Costco members know about.

Costco came up with an even more strategic way of saving money—a lot of money—by striking a deal with Visa. The warehouse club agreed to accept only Visa cards, and in exchange, the credit company lowered Costco’s merchant fee to a negligible less than 0.4 percent. By trimming its own costs, Costco can keep prices lower for its members. Don’t miss these other 15 secrets Costco employees won’t tell you.

But why Visa? It had the best deal. Costco was partnered with Discover for a while, and then with American Express from 1999 to 2017. The AmEx partnership (which had slightly higher merchant fees) ended when the credit company thought the contract was getting too risky. From there, Visa was happy to step in.

Other stores generally don’t form these partnerships with a single credit card company because consumers want options; not being able to use their favorite card is a hassle, so they might not come back. But Costco shoppers tend to be very loyal, so they won’t stop coming just because they have to use a different card. Plus, members have the option to sign up for a Costco Visa card with no annual fees beyond the club membership, which they’d be paying anyway. It’s not the only Visa the store accepts, but it does mean an easy option for anyone who didn’t already have a Visa. Costco gets to hold on to its money, and members enjoy low prices without paying extra for a credit card. Win-win. Next time you’re there, try these 13 tips frequent Costco shoppers keep to themselves.

Things You Should Buy At Costco 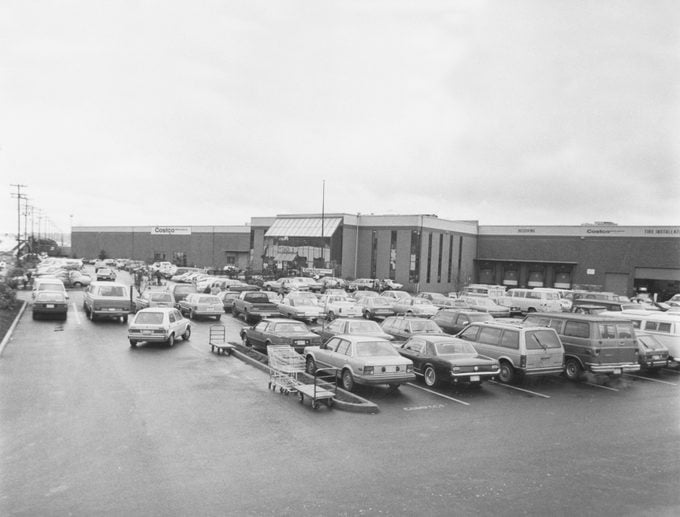 Bizarre Things to Buy At Costco