Why Do They Do That? 5 Intriguing Big Business Practices

Why does Walmart have greeters? What's Facebook doing with your photos? Here, bizarre secrets from large businesses.

You know those jumbo shrimp you just ordered at the restaurant? Chances are they’re prawns. But put the word jumbo in front of anything and we Americans are bound to buy it. Similarly, dry cleaning isn’t really dry. Instead of using water to clean the fabric, the launderer uses an equally wet solvent called perchloroethylene. Does “dry cleaning” sound so much better than “wet cleaning”? Some launderer thought so. In this article, we’ll demystify a few more intriguing business practices. We’ll reveal the magic employed, the common sense practiced, the manipulation perpetrated—and arm you with facts you can use to protect yourself.

Why do chip companies put so much air in their bags?
To dupe us into thinking the foil bags are filled with chips? Actually, no. In fact, the bags don’t contain oxygen. They’re filled with nitrogen. Oxygen would quickly turn the chips rancid. The nitrogen preserves the freshness of the chips, prevents combustion, and creates sufficient cushioning during shipping so the chips don’t get crushed. Still feel ripped off? Here’s a consolation: NASA reports that bags of potato chips taken aboard super-modified jets respond to the sudden change in air pressure soon after takeoff by exploding. Cool!

Why does Walt Disney World seem larger than life?
Because all those athletes go there following the Super Bowl? That’s one reason. Now here’s the correct one: Walt Disney ingeniously used an optical illusion called forced perspective to enhance the magic of Magic Kingdom. For example, when you enter the park, the street narrows into the distance, creating the impression that the shops stretch forever toward the enormous castle. When you walk back down Main Street, U.S.A. to leave, the reversed perspective of the widening street makes the Walt Disney World train station appear closer, tricking your brain into thinking the walk is short.

Likewise, the buildings lining Main Street, U.S.A. look several stories tall because the windows, awnings, signs, and fixtures higher up are significantly smaller than those on the ground level. The same goes with the castle. It stands a mere 189 feet high and yet appears almost Empire State–esque. That’s because the windows, turrets, and fake bricks decrease in size as they near the rooflines. Disney also designed the top spire nearly half the size it should be to seem twice as tall. After all, as with shrimp, bigger is better.

Why does Walmart have greeters?
Because shoppers like saying hello to retirees? Well, sort of. In 1980, the manager of the Walmart store in Crowley, Louisiana, had problems with shoplifters. So he hired a woman to stand by the front door to greet customers and ask them if they needed any help. The greeter’s mere presence intimidated any potential shoplifters. After visiting the Crowley store, company founder Sam Walton quickly instituted greeters as a trademark of all Walmart stores. The benefit to customers? Less shoplifting means lower prices, which help you “Save money. Live better.”

Why does Facebook encourage me to post my photos online?
Because pictures are prettier than text? While that might be true, that’s not the reason. By posting your photos on Facebook, you’ve granted the company the license to use it. Theoretically, they can use them any way they want, whether it’s for corporate promotional material or advertisements, unless you know to opt out. They also allow businesses that you’ve “liked” to use your profile photo on ads shown on your friends’ pages. Most people fail to read the user agreement, which clearly says that “you grant us a non-exclusive, transferable, sub-licensable, royalty-free, worldwide license to use any IP [intellectual property] content that you post on or in connection with Facebook” (… snore! Is it any wonder people skip this?) unless you and everyone with whom you’ve shared your photos deletes them. Occasionally, third-party advertisers have used photos without the user’s or Facebook’s consent. A few years ago, a man logged on to his account and stumbled upon an ad for an online dating service. Who was the star of said ad? His wife! Awkward! Turns out the service lifted her profile photo from her page.

Why do we have to add milk, oil, and an egg to pancake mix?
So pancake eaters can work off some calories before indulging? No. If you buy Aunt Jemima Complete Pancake & Waffle Mix, you merely add water. The Original Pancake & Waffle Mix makes you work a bit more and actually crack open an egg. The company decided to keep “The Original” around once they realized that some customers were clamoring to flex their inner Mario Batali and add real ingredients, rather than just water, to the mix. Besides, many prefer the taste of real milk and eggs over their powdered cousins. So Aunt Jemima was happy to oblige. 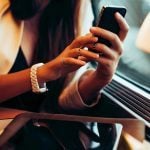 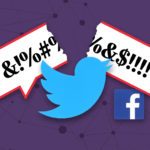