Why Do Dogs Bring Their Food Somewhere Else to Eat It? They take their food and comfort very seriously.

Though dogs tend to have their own distinct personalities, there are certain behaviors that transcend breed, size, and age. These include things like licking their paws, drooling, and treating postal workers like their sworn enemies. Another one you might have noticed is that when your dog gets some sort of food—whether it’s the usual kibble from his bowl or his favorite treat—he puts it in his mouth and walks it over to another location in order to eat it. Maybe your house has all hardwood floors, and your dog picks the sole area rug as his preferred dining spot. Maybe your dog likes to bring his food to a “secret” location so he can have a peaceful, quiet meal after a hard day of napping. Either way, there’s a reason this is happening. Here’s what you need to know.

What’s behind this behavior?

As it turns out, there are a variety of reasons that could explain this type of dog behavior. The first is that it’s thought to be rooted in dogs’ wolf ancestry. “Although our bed-loving, spoiled pups are distant relatives to their wild wolf counterparts, they still have some of their behaviors ingrained in their DNA,” Tory Waxman, VMD, cofounder and chief veterinary officer of Sundays, tells Reader’s Digest. “When wolves eat their prey, they will often bite off chunks and carry them off to be eaten at a distance to prevent their portion from being stolen by another wolf or having to fight over it. In addition, wolves—and dogs—may do this to stash food for later if they are not hungry when food is available.” This fear and need to protect are also among the reasons behind your dog’s other weird behavior.

In other words, some dogs may do this as a safety precaution, according to Gary Richter, DVM, a veterinary health expert with Rover.com. “Even though a domestic dog may not be in danger when eating, it may be the instincts override everything else,” he tells Reader’s Digest. So, wherever your dog ends up taking his food in the house—whether it’s his bed or a particular corner—it’s where he feels safest, explains Sara Ochoa, DVM, a veterinary consultant for DogLab. Along the same lines, adds Heather Venkat, DVM, a consultant with VIP Puppies, dogs also like to chew on treats or toys from a comfortable spot, so they may go to their dog bed or a rug to eat the treat. Other than their need to be constantly comfortable, here are 30 other things your dog wishes you knew.

Is your dog trying to tell you something?

Other factors can come into play, too. For example, your dog might bring his food to another location to eat it because he doesn’t like his food bowl. “Make sure the dish you’re using is clean for each meal and doesn’t slide around while the dog is trying to eat,” advises Annie Valuska, PhD, a senior feeding behavior expert at Purina. “Is the dog’s collar making a loud noise when it hits the bowl? That could be another culprit.”

If the bowl itself isn’t the issue, Valuska says it could be the location of the bowl. “Pay attention to how the location where you’re currently feeding your dog differs from the location your dog is choosing to eat,” she says. “Are they getting closer to or farther from the rest of the family? Other dogs? Are they switching from a slippery surface like tile to a more stable surface like carpet?” Here are another 19 things your dog wants from you.

Are certain breeds more likely to do this? 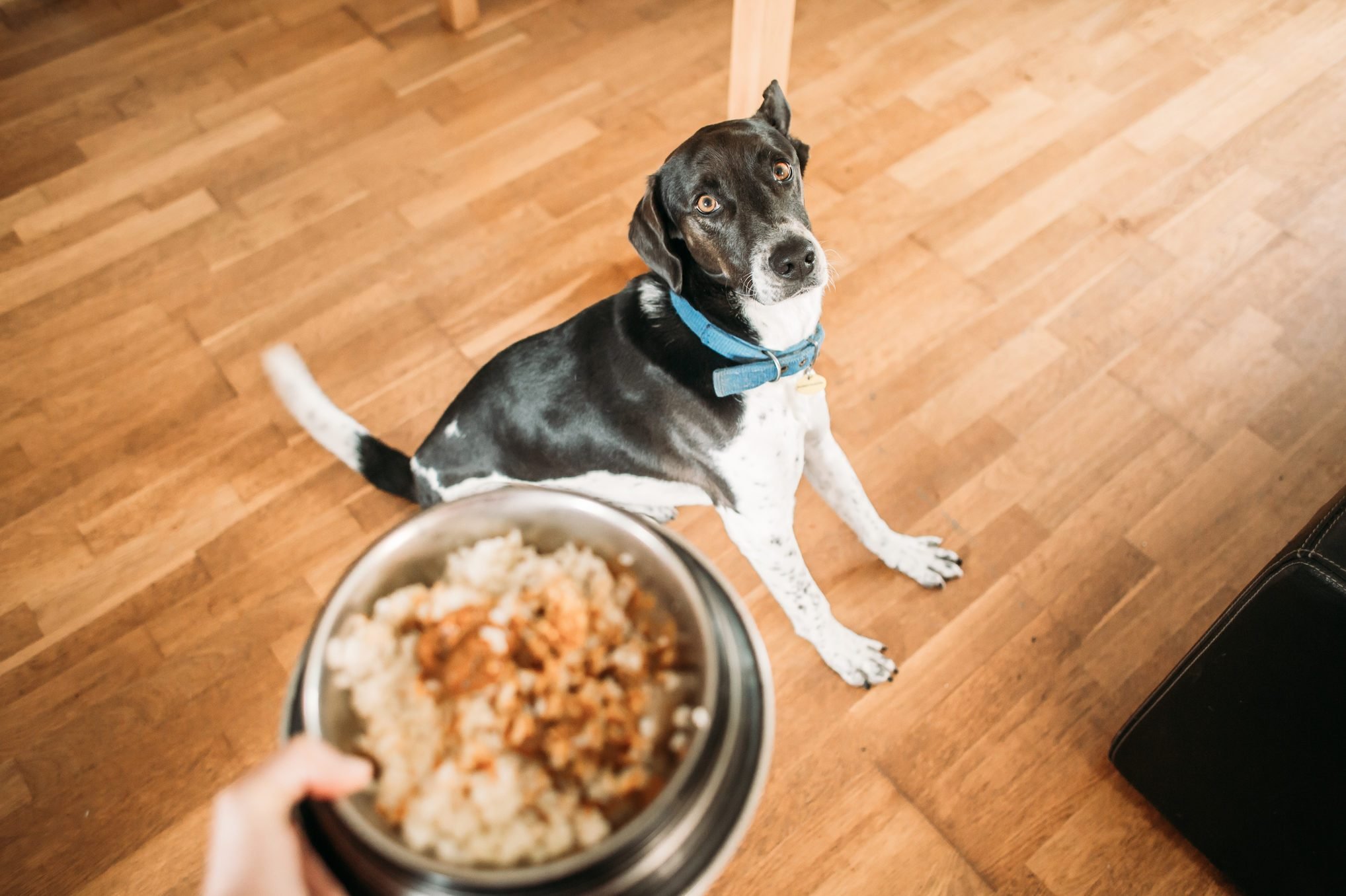 Os Tartarouchos/Getty ImagesNot really. Each of the veterinarians we interviewed for this article said that they’ve seen dogs from various breeds bringing their food to another location before eating it. Dr. Ochoa does note that she finds that smaller dogs do this more than bigger dogs. On the other hand, Dr. Venkat says that “wolfy” dogs like Siberian Huskies, German Shepherds, Great Pyrenees, and Malamutes tend to bring their food to other places to eat it—but with the caveat that she’s also seen smaller dogs like Chihuahuas do this, as well. Speaking of breeds, here’s a roundup of 49 of the cutest dog breeds as puppies.

Should dogs be trained out of this behavior?

Similarly, the veterinarians agreed that this isn’t necessarily a bad behavior and there’s typically no need to train a dog out of it, for a variety of reasons. For example, Dr. Richter says that attempting to change your dog’s eating habits like this could make your dog anxious. Both Dr. Waxman and Valuska suggest checking to see if your dog’s bowl is the issue. If it is, you may want to try a bowl made out of a different material (like ceramic instead of metal) or a different shape, because as Dr. Waxman explains, “some dogs don’t like eating out of a bowl and prefer a flat surface like a plate.”

Additionally, if your dog is a social eater, Dr. Waxman suggests moving the bowl to a more central location in the house where he won’t feel separated from the family. “If your dog seems nervous during mealtime and you feel that may be the reason they are hiding their food, then consider giving your pup a safe space to eat, such as in a crate or closed off from other pets that may try to steal their food,” she notes. Other than separation anxiety, some dogs may also feel unsafe during thunderstorms and fireworks displays.

However, if your dog becomes aggressive or defensive over food when people or other animals are nearby, additional obedience training is a smart idea. “If the dog snaps or growls when people or other animals come close to it while eating, training will be important to make sure the aggression doesn’t get out of hand,” Dr. Venkat explains. “It’s also important to separate that dog from other pets in the household, so they don’t get too close.” But if it’s a situation where your dog isn’t guarding his food and just likes to bring it somewhere else to eat it, it’s not cause for concern—just one of those normal dog quirks we (eventually) grow to love…or at least tolerate. Next, find out the 60 things you didn’t know about what makes your pet tick. 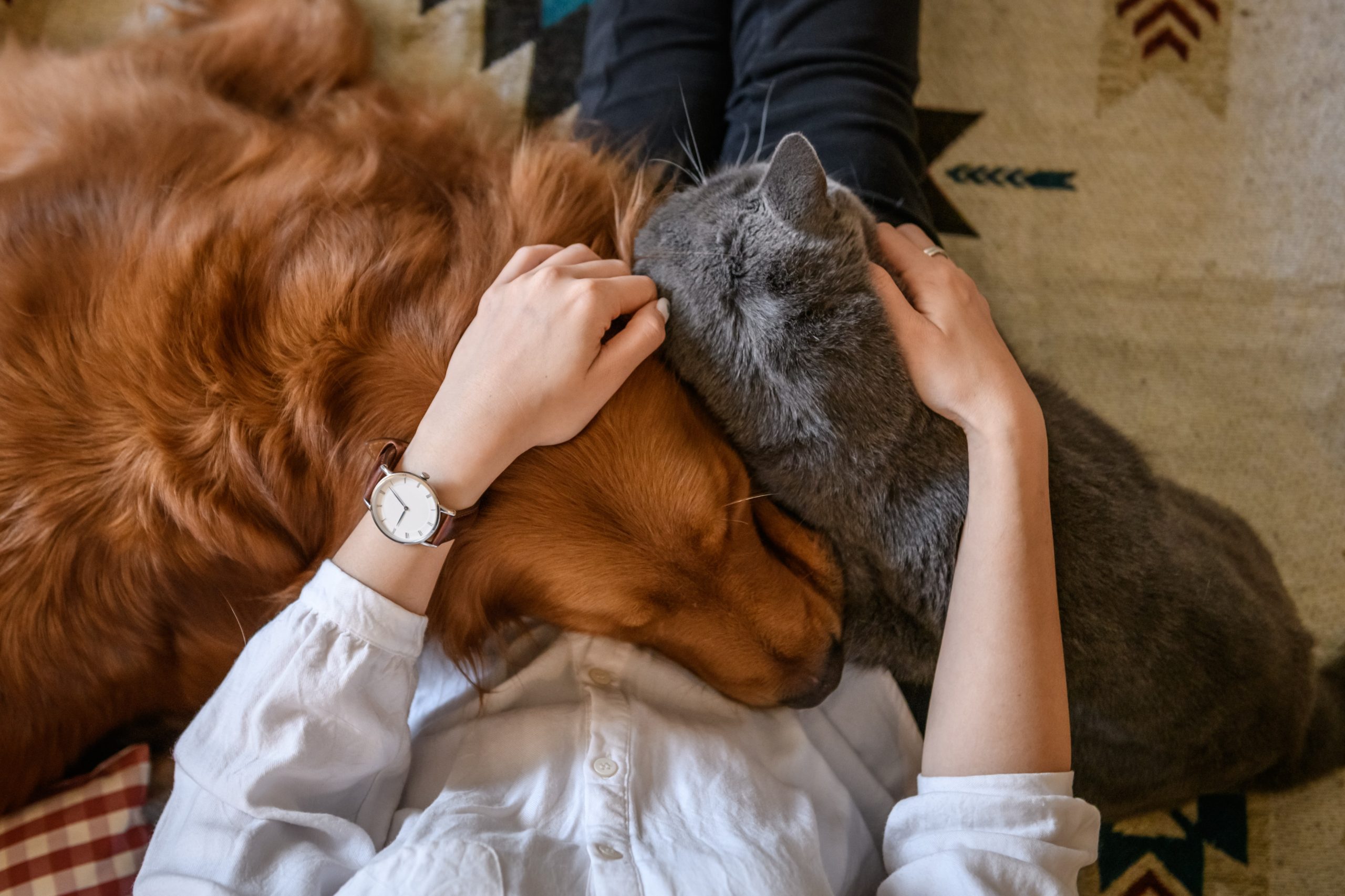 How to Solve Common Behavioral Problems 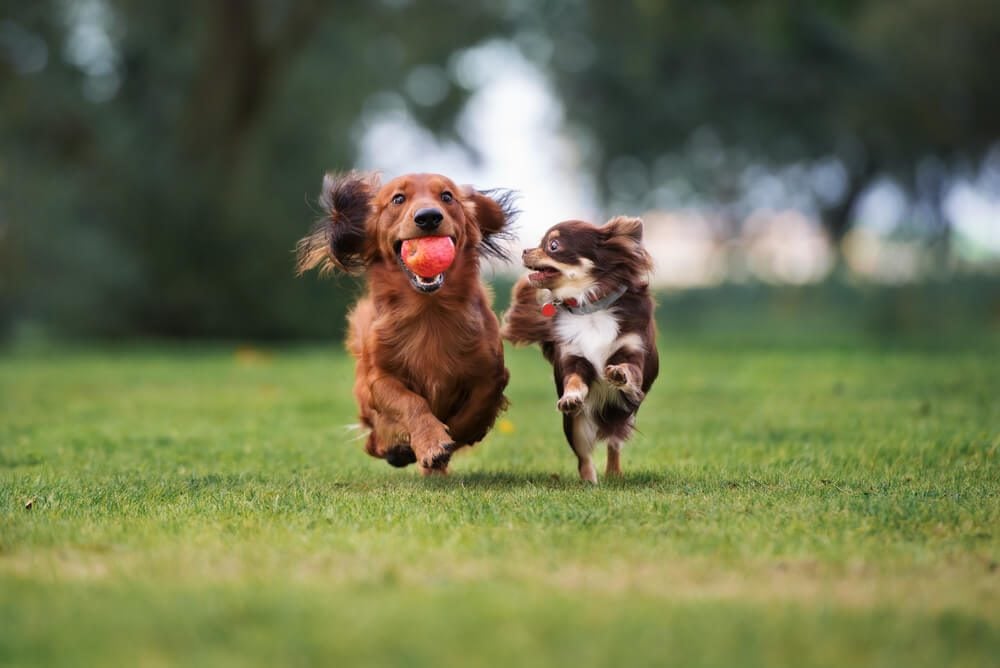 Do Dogs Have a Sense of Time?