A Black model explains why increasing diversity doesn’t just help those in the industry—it ensures that all people of color are seen, heard, and accurately represented.

Fashion and entertainment are tough industries. They are businesses based on snap judgments, conformity, and the ability to categorize people into an easily consumable package. It’s a difficult world for anyone to navigate, but for Black women, it can be particularly challenging.

Generally speaking, the fashion world wants models to fit into a distinct set of ideals. For White women (depending on the market), that typically means tall, slender, long hair, and no tattoos. For Black women, there are even more limits. As a model myself, I often feel like people expect me to be either “bohemian chic” or “glamazon,” which speaks to the limited scope of what people think Black women should look like. And it’s this myopic idea that every woman is either A or B—and nothing else—that poses a particular problem for Black women in fashion.

Black women are not just one of two things, nor should anyone be. We do not fit neatly into categories given to us by a predominantly White industry. If the fashion world wants to be a place that celebrates diversity and inclusivity, it must widen its lens and truly expand its vision of what “Black” looks like. By seeking to define blackness by what is trending at that moment, the industry will only perpetuate new iterations of the same narrow scope of blackness instead of actually representing Black people.

What the industry thinks it means to be Black

My blackness has been challenged by people who seem surprised that Black women come in all shapes, sizes, and styles. I am often on the receiving end of microaggressions, slipped into the middle of conversations. These often go unnoticed by my White peers, who have likely never had to smile through something like this.

Once, I went into an agency meeting with my hair down, straight, and at about breast length. The agent asked me: “Is your hair real?” OK, fine, women wear hair extensions, but the question felt a little weird. Still, maybe I was being sensitive. After I said yes, she replied, “I’m relieved it’s all yours because casting directors prefer you all without those long braids and weaves you guys wear.”

She wasn’t just talking about women wearing extensions—she was talking about Black women. Without any hesitation, she’d revealed her belief that Black women don’t have real hair, that they certainly don’t have long hair, and that they all, at some point, must have had braids. This discovery about my hair, which she’d expressed so cavalierly, was a moment of relief for her; for me, it was a moment of irritation and sadness.

Another time, that same agent asked me if I could take some pictures with my Afro to add to my book. While models should absolutely display versatility in their portfolios, I typically do not wear my hair that way. For one, my curl pattern doesn’t make for a great fro, and second, I typically wear my hair down and straight because it’s the easiest way for me to maintain it and keep it moisturized. Her assumption that all Black women just “have Afros” or that we prefer to wear our hair that way was unfounded and, quite frankly, ignorant. It also speaks to the nature of the business in its entirety that casting directors were only looking for Black women with Afros, perpetuating a false idea that we all come in a uniform package.

Learn the 14 small ways you can fight racism every day.

Questioning why there’s interest in a Black model 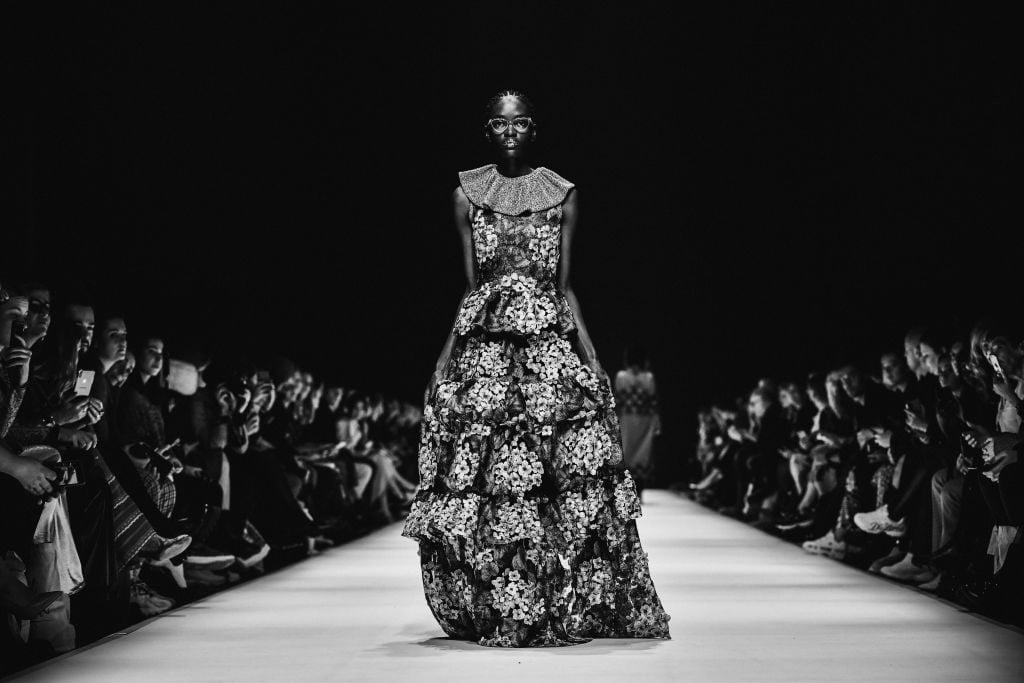 Alexander Koerner/Getty ImagesIn the entertainment industry, when there’s a casting specifically calling for Black models or actors, the listing will say they’re looking for someone “urban.” Urban is not a person. Urban literally describes living in a city, which would be all of us here in New York City. But somewhere along the way, urban became synonymous with Black.

So, for one particular listing, the description called for a mid-20s woman with an athletic build. My casting-request email ended up being accidentally sent to another model, and when the mistake was discovered, the other model pondered why she hadn’t been called in for the casting. Before I could answer, she decided for both of us: “I guess they must only be looking for urban models.” She was quick to assume that because she wasn’t selected, it must mean that this casting was only for Black women. (It wasn’t.) She hadn’t been selected because she had conflicting contracts with a similar brand.

Her offhand comment is part of a larger problem: Some people question the inclusive work that Black models get chosen for. In their mind, they can’t imagine why we would be selected over girls with lighter skin. They don’t consider that we just might fit the role better or, as in this case, didn’t have contractual conflicts.

Even when people think they’re allies, that’s not always the case. Check out this story of a woman who didn’t realize she was being racist for decades.

Diversity is another problem on sets. Don’t get me wrong: I love the energy on set, learn so much from everyone there, and enjoy the creative juices flowing from every direction. But I have only worked with oneBlack photographer on a paid, commissioned shoot, and I have only seen one Black person ever in charge on set. Both of these instances were with the same company. I know that there is more Black talent in the world—I work with them. Black stylists, photographers, set designers, hair and makeup artists, production assistants, and more are all out there grinding and waiting for a shot. The people are there, but the industry has yet to catch up and put them in the spaces in which they belong.

Richard Bord/Getty ImagesUltimately, it’s not harder because we’re Black—it’s harder because people have not made the effort to meet our fashion needs or make Black consumers a priority. As a result, Black models are constantly misrepresenting the very people we were hired to represent: ourselves. We are constantly met with ignorance, and that makes it harder for us to succeed because we have added pressure that others do not.

So, why stay in this business? I love what I do. I love meeting new people and creating stories through images. But there is a critical need for more representation in this space. I have felt it since I was a little girl and didn’t see enough dolls, princesses, or action figures that looked like me. Now, I am committed to breaking down these barriers and hardships, and I do my best to use my position to help other women do the same. I stand with those who have spoken up about the need to make the fashion industry more diverse—and turn it into something that actually reflects our nation.

Jordan Emanuel is a model, entrepreneur, and cofounder of the women’s non-profit organization Women with Voices. She was Playboy’s 2019 Playmate of the Year and Miss Black America New York 2018.

What It Really Means to Be an Ally