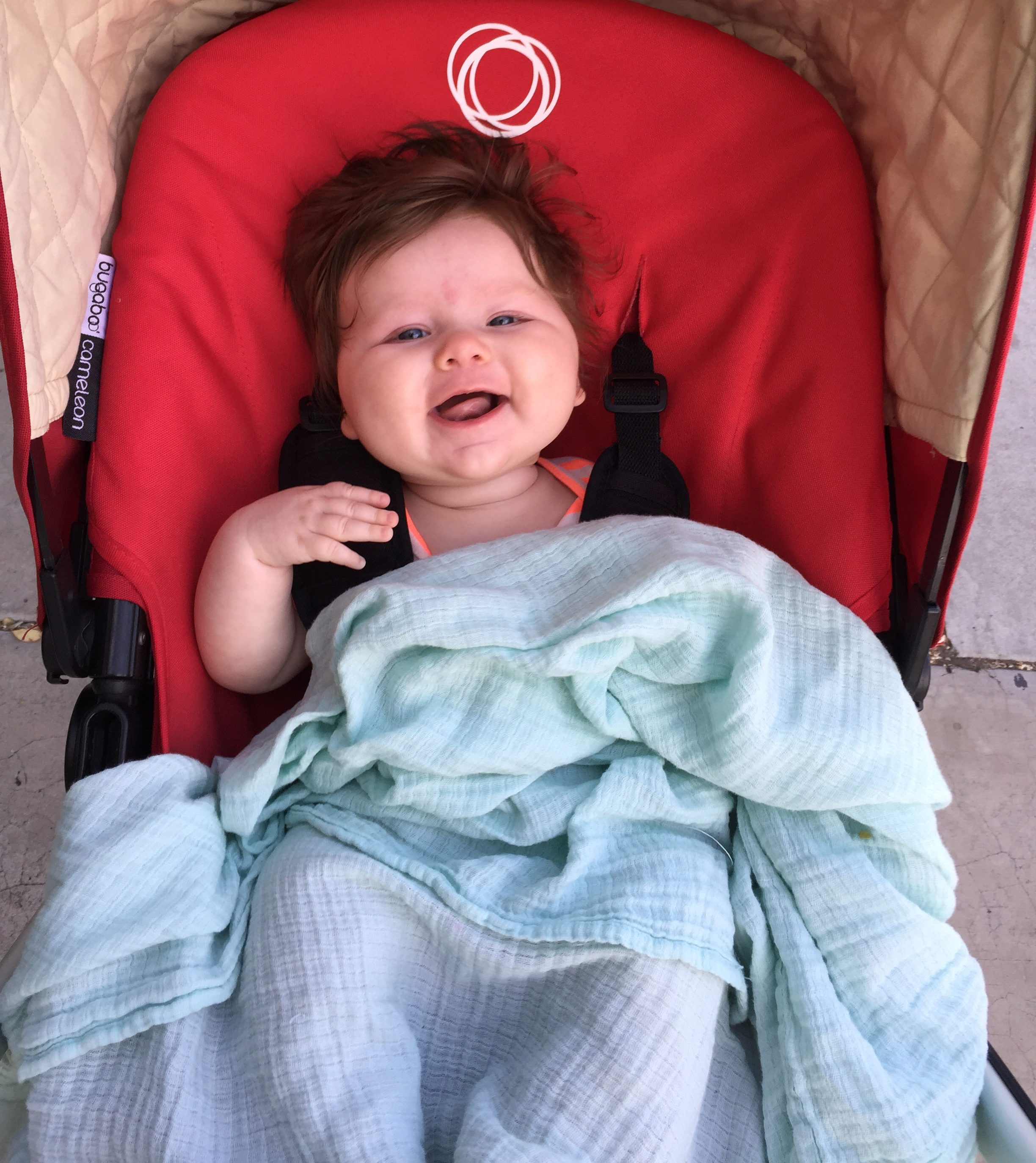 You see, my daughter was only four months old.

As a travel writer, I often get invited to cover far-flung destinations. While pregnant, I’d turned most of them down. And in those heady first few months postpartum, while navigating the treacherous jungles of new motherhood, of course, I’d also said no.

But after weeks of an endless loop of midnight feeds…3 a.m. feeds…6 a.m. feeds—bleary-eyed mornings fueled by coffee that soon turned cold—I was at my breaking point. After all, while most marriages are much more egalitarian nowadays than the ones our parents and grandparents muddled through, our families also typically had a village back in the day to help raise the children. We had nobody—no family nearby, no night nurse—it was just me and my husband trying to figure out how to properly take care of a tiny human. But I had the boobs, his job paid more, and even though he was willing to be more helpful, about 75 percent of the time, the infant tasks fell to me alone.

courtesy Nadine Jolie CourtneyIn the back of my mind, as I became more exhausted with every passing day—my daughter a Groundhog’s Day of dirty diapers, repetitive feeds, swaddling, and praying for her to sleep—there was the looming sense that I’d somehow been conned into something.

Of course, your child’s needs are paramount. But how can you properly attend to those needs if you’re about to fall apart?

So when the invitation came to report on the luxurious health spa Vivamayr Altaussee in Austria—for one of my dream publications—I jumped at the chance. I would travel to Austria for a week (tacking on two days in London to see my best friend, because why not?) while my husband would hold down the fort at home. He’d been slowly doing more feeds, enjoying the bonding with our precious daughter, and because he owned his own business, working from home wouldn’t be much of an issue. They would bond even further. It would be good for them both. Scratch that. It would be great. Right? (Right?!)

I couldn’t help but feel I was making a terrible mistake.

“I couldn’t do it,” other moms said to me kindly when they learned of my plan to leave my daughter alone with her own father. “He’d screw it up. Plus, I’d just miss the baby too much.”

I did miss her—so much that I sobbed on the airplane, and spent hours scrolling through photos and videos of her on my cell phone. But at the spa, alone for the first time in eons, I found myself again.

I slept through the night for the first time since the middle of my second trimester when sciatica started to plague me. It had been so long since I’d had a massage that I’d forgotten how transformational it could be—and there, on doctor’s orders, I had them daily. I took walks around the resort’s quiet village and on the banks of pristine Lake Altaussee, marveling in the quiet and using that time to contemplate just how damn lucky I was—not only to be there but to have a healthy daughter and a supportive husband.

And once my stint at the spa was done, I spent two glorious days in London giggling with my best friend, nourishing my soul and reminding myself of that part of me I’d feared was lost forever post-children.

courtesy Nadine Jolie CourtneyIt wasn’t lost at all. It was inside me, patiently waiting to be found.

When I flew back home to Los Angeles, I braced myself to find a resentful, angry husband, and a baby desperately in need of TLC without mama’s tender ministrations. They were, indeed, thrilled to see me, and my husband seemed dramatically more tired and harried than usual. (I would be lying if I said I wasn’t a tiny bit happy about this.) But it wasn’t until bedtime that I realized how things had truly changed.

“Actually, she prefers it like this,” my husband said as I was swaddling our daughter.

I stepped aside as he showed me a different method to keep our little Houdini from escaping. Then he gently picked her up, singing a lullaby I’d never heard while rocking her in a clockwise motion up-and-down…up-and-down…while her eyes slowly closed. She nodded off. “My grandmother used to sing it to me,” he explained in a whisper. He slipped her into the crib and pulled me out into the hallway. “And I figured out that rocking her like that puts her to sleep faster.”

Over the next couple of days, I discovered hidden talents in my husband that I don’t think either of us knew he possessed. He loved snuggling our daughter against his chest, feeding her a bedtime bottle while rocking in the same chair his beloved grandmother had fed his mother in. My husband was a swaddling genius. He was much more efficient with bath time, and while he couldn’t always figure out how to get our daughter properly dressed—it was inevitably a hilarious disaster—the fact that he stepped up meant the world.

From that point forward, our relationship as a family was changed and our marriage was even stronger. It was no longer Mommy In Charge, Hapless Daddy Following Directions, but the two of us working as a team, feeling like we were genuinely learning and growing together. The week away reminded me that I would sleep again, and helped me re-center me to gain some perspective.

Yes, this parenting thing was exhausting and relentless, but I was no longer doing it alone. We were doing it together, and now my husband knew he was capable of it, too.

And not that long after, he got his own well-deserved solo trip—and now we take vacations without each other every year.

When I Finally Learned to Enjoy Dining by Myself

Airplane Hacks That Will Change the Way You Fly

Places to Go in 2020, According to Travel Experts

Nadine Jolie Courtney
Nadine Jolie Courtney is a Virtuoso travel advisor and regular contributor to Reader's Digest, covering travel, culture, and health. A former magazine editor based in Santa Monica, she also covers lifestyle and parenting, with regular outlets including The Healthy, Oprah Mag, Town & Country, Business Insider, and many other publications. Courtney is the author of four books, including ALL-AMERICAN MUSLIM GIRL, a Kirkus Best Book of 2019. Follow her on Instagram @nadinejoliecourtney
all photos copyright Nadine Jolie Courtney