When McDonald’s introduced all-day breakfast in 2015, Egg McMuffin-lovers around the world rejoiced. Customers who preferred the rest of the menu, however, wondered if they would ever be able to eat their favorite meals at any time they pleased.

Currently, you can only buy McDonald’s burgers, nuggets, fries, and other non-breakfast sandwiches after 10:30 a.m. A company spokeswoman told the Wall Street Journal that “the demand isn’t strong enough to warrant running the burger grill in the morning,” despite thousands of customers tweeting for early-morning burgers. However, the real reason you can’t buy a Big Mac at 9 a.m. is a bit more nuanced.

According to Richard Widman, a former McDonald’s employee who worked with the company for 25 years, customers have been requesting burgers in the morning since 1972, when the Egg McMuffin was created. But as the breakfast menu expanded, access to kitchen equipment did not. Thus, the breakfast items and the “regular” menu items had to be cooked on the same equipment, but they couldn’t all be cooked at the same temperature. “There was no way to cook a hamburger at temperatures used for eggs,” Widman wrote, since cooking eggs at a high temperature makes them tough and cooking burger patties at a low temperature prevents them from searing. Here are 17 more things McDonald’s employees won’t tell you.

McDonald’s did not respond when Reader’s Digest reached out for comment on Widman’s explanation, but the company previously has cited practicalities with the equipment as a reason. In response to a consumer who asked about morning burgers in 2012, McDonald’s Canada wrote: “The reason we don’t offer burgers in the morning is the same reason that we can’t serve breakfast menu items all day long. There simply isn’t enough space on our grill surfaces to be cooking eggs, bacon, and our burger patties all at once.”

Of course, McDonald’s did solve that problem for the breakfast menu, but serving a full menu all day can also bring up other issues. Customers would likely deal with longer lines and wait-times (which they’ve already begun to experience since the all-day breakfast debut) and that could deter them from going to McDonald’s altogether. “We are always going to want to introduce initiatives that are attractive to customers, which are reflecting where customers want us to go and their changing tastes,” McDonald’s Chief Executive Steve Easterbrook has said, “but at the same time, how can we maintain that discipline of making sure we take as much out as we ever put into a restaurant?” Get a look at these 11 McDonald’s menu items that totally failed.

But all hope isn’t lost. In April 2018, McDonald’s launched an “All Day Favourites” menu in select regions of Australia and later rolled it out to the rest of the country. That means Australian customers can order a Big Mac, a Quarter Pounder, a cheeseburger, Chicken McNuggets, and fries whenever they want. If McDonald’s can successfully follow-through with this initiative without losing out on customer experience, Americans could be eating burgers and fries for breakfast in the not-so-distant future. Next, find out what the McDonald’s menu looked like the year you were born. 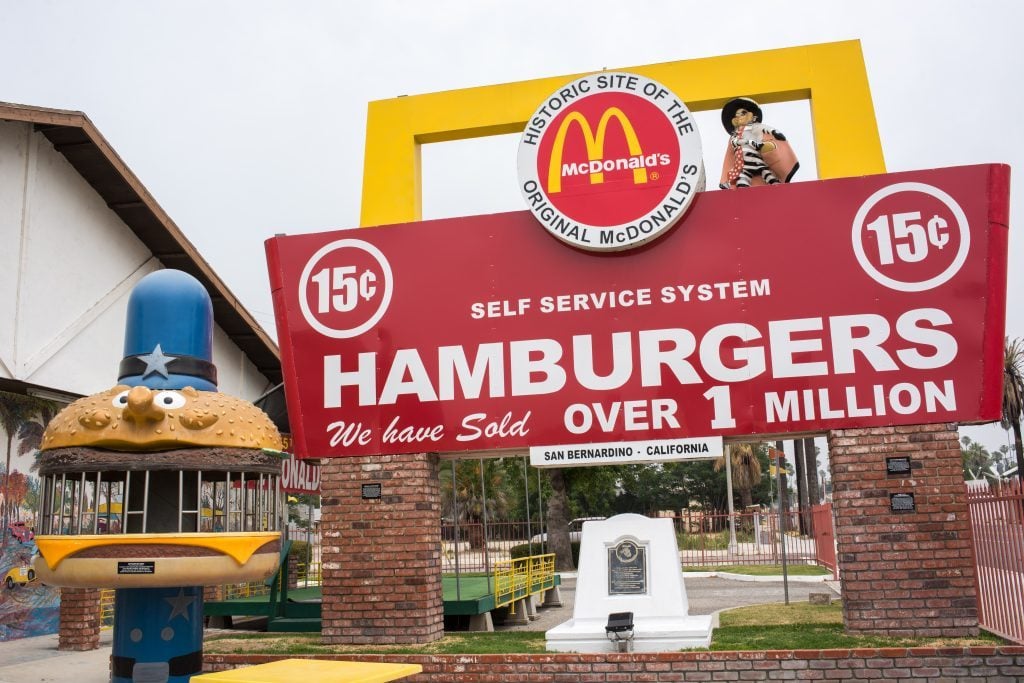 15 Fun 4th of July Games the Whole Family Will Love