Amid the movement for social justice in the United States, Disney has decided to overhaul one of its most iconic and controversial rides. Here’s why.

On June 25, the Walt Disney Company announced that the iconic attraction Splash Mountain would be getting an overhaul at both Magic Kingdom and Disneyland and become a brand-new attraction based on The Princess and the Frog. The classic log-flume attraction, which debuted at Disneyland in 1989 and Magic Kingdom in 1992, has been at long been a sore spot for Disney and a hotly debated topic because of its roots in the 1946 film Song of the South, which has been deemed insensitive and racist for years. What finally prompted this move? Here’s a behind-the-scenes look at Disney’s decision.

What is Disney’s forbidden movie actually about?

Song of the South was released in 1946, then rereleased in theaters multiple times between then and 1986. The film is told by a character named Uncle Remus, a former slave who worked on a plantation in the American South, and follows the story of Johnny, a young boy who wants to run away from his problems and his parents’ imminent separation. Uncle Remus then tells Johnny a tale about Br’er Rabbit, who also tried to run away from his problems; Br’er Rabbit, along with Br’er Fox and Br’er Bear, can be seen while riding Splash Mountain.

According to Vox, the character of Uncle Remus was originally conceived in 1881 by author Joel Chandler Harris to “convey the difficulties of Black life in the Deep South,” and Disney created its own story around him. The problem? “Walt Disney made few changes to Uncle Remus himself, preserving the character’s deference to the white plantation owners for whom he worked and their families, as well as his use of stereotypical Black Southern vernacular.” While Black writers and activists criticized the film at the time as “[perpetuating] a dangerously glorified picture of slavery,” it was still the 1940s and segregation was in full swing. Song of the South did well at the box office, and it won the 1948 Oscar for Best Original Song for “Zip-a-Dee-Doo-Dah,” which became Splash Mountain’s theme song.

Did you know that these 15 controversial movies were actually banned in the United States?

The final showing of Song of the South

In 1986, Song of the South was shown for the last time publicly for its 40th anniversary. Afterward, Micheal Eisner, then-CEO of the Walt Disney Company, made a statement that the controversial film would be put into the “Disney Vault.” (That refers to Walt Disney Studios’ policy of putting a movie set for home release out for purchase for a limited time, then into “storage” and not made available for years until it is re-released again.) But when Disney+ debuted in 2019, then-CEO Bob Iger mentioned that the outdated film would not be available on the streaming service, even though other films like Dumbo have an “outdated cultural depictions” memo on their Watch pages.

What has Disney actually said about the retheme of Splash Mountain?

Disney’s announcement about the retheming of Splash Mountain comes as a surprise to some who love the ride and as a welcome change to others. According to a recent Disney Parks Blog post, “The approach to retheming or ‘plussing’ attractions (as Walt Disney referred to it) begins with Imagineers asking the question, How can we build upon or elevate the experience and tell a fresh, relevant story? It’s a continuous process that Imagineers are deeply passionate about. And with this longstanding history of updating attractions and adding new magic, the retheming of Splash Mountain is of particular importance today. The new concept is inclusive—one that all of our guests can connect with and be inspired by, and it speaks to the diversity of the millions of people who visit our parks each year.”

Disney has not specifically addressed the controversy surrounding Splash Mountain, but Carmen Smith, creative development and inclusive strategies executive for Walt Disney Imagineering, did say: “It’s important that our guests be able to see themselves in the experiences we create.” Now, young Black girls will see themselves in a ride themed around Tiana, Disney’s first Black princess, who made her debut in 2009’s The Princess and the Frog. The Disney Parks Blog post goes on to say that “Tiana is a modern, courageous, and empowered woman, who pursues her dreams and never loses sight of what’s really important. It’s a great story with a strong lead character, set against the backdrop of New Orleans and the Louisiana bayou.”

A start date for the retheme has not been announced, but Disney did note that Splash Mountain in its current form will be open when both Walt Disney World and Disneyland reopens to guests. The preliminary concept work is underway, and soon Imagineers will be able to develop a full timeline for the closure and retheme of the attraction. Thinking of visiting sometime soon? Here are 11 things you need to know if you’re planning a Disney trip after reopening.

Does the retheme have to do with the current social justice movement? 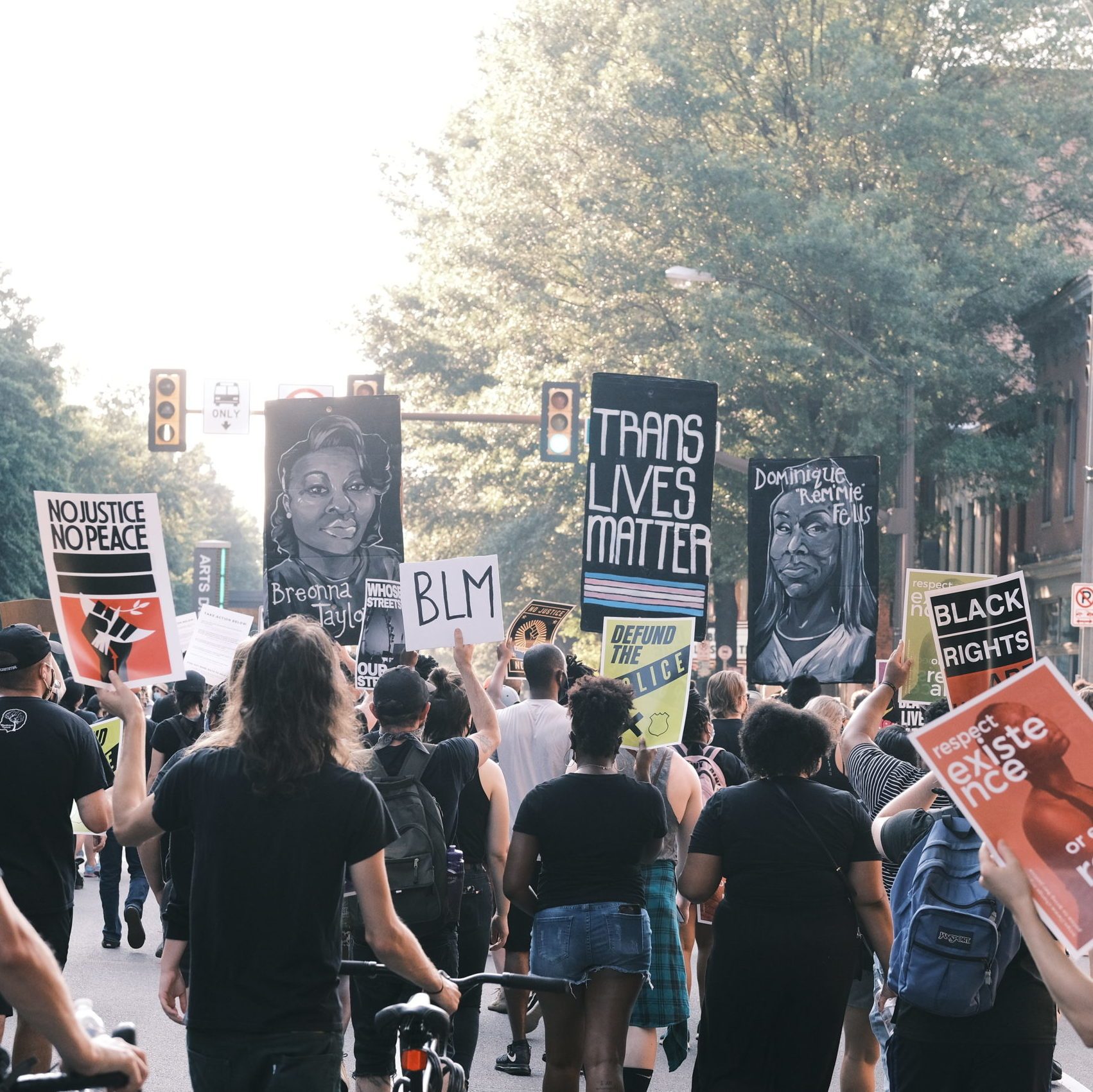 Yes and no. Online petitions have been swirling around a retheme of the attraction on and off for years, and Walt Disney Imagineering works years ahead for any new concept, whether it’s a completely new ride or a current ride getting a new theme and story. Bob Weis, president of Walt Disney Imagineering told D23 (Disney’s official fan club), “It has been a year or more since we started talking about this particular concept. While we’ve explored many new themes in the past, that’s when we really began to hone in on Princess Tiana’s story. That said, Splash Mountain has been the subject of many conversations through the years. Its brilliant ride platform and landscape create the potential for great storytelling.”

We don’t know for sure if the current conversation in the United States around social justice had to do with why the company announced the retheme at this moment in time, but it likely played some role. However, according to the Los Angeles Times, “Disney said it has long discussed a Splash Mountain reimagining and cited the need for the ride to embrace a fresh, ‘inclusive’ concept.”

Why did Disney pick The Princess and the Frog as the new theme?

The Princess and the Frog is Disney’s only princess film that has a Black princess at the forefront, and having Tiana represented in the parks on a larger scale is important. Besides having a strong lead character in Tiana, Splash Mountain at Disneyland is on the edge of New Orleans Square, making the transition from land to land across the park seamless. At Walt Disney World, that transition is going to be a little more difficult because Splash Mountain is right in the middle of Frontierland. The movie also has some iconic songs like “Dig a Little Deeper” and “Friends on the Other Side.” Believe it or not, you could actually learn some impressive words from Disney’s classic songs.

What is the story of the new ride? 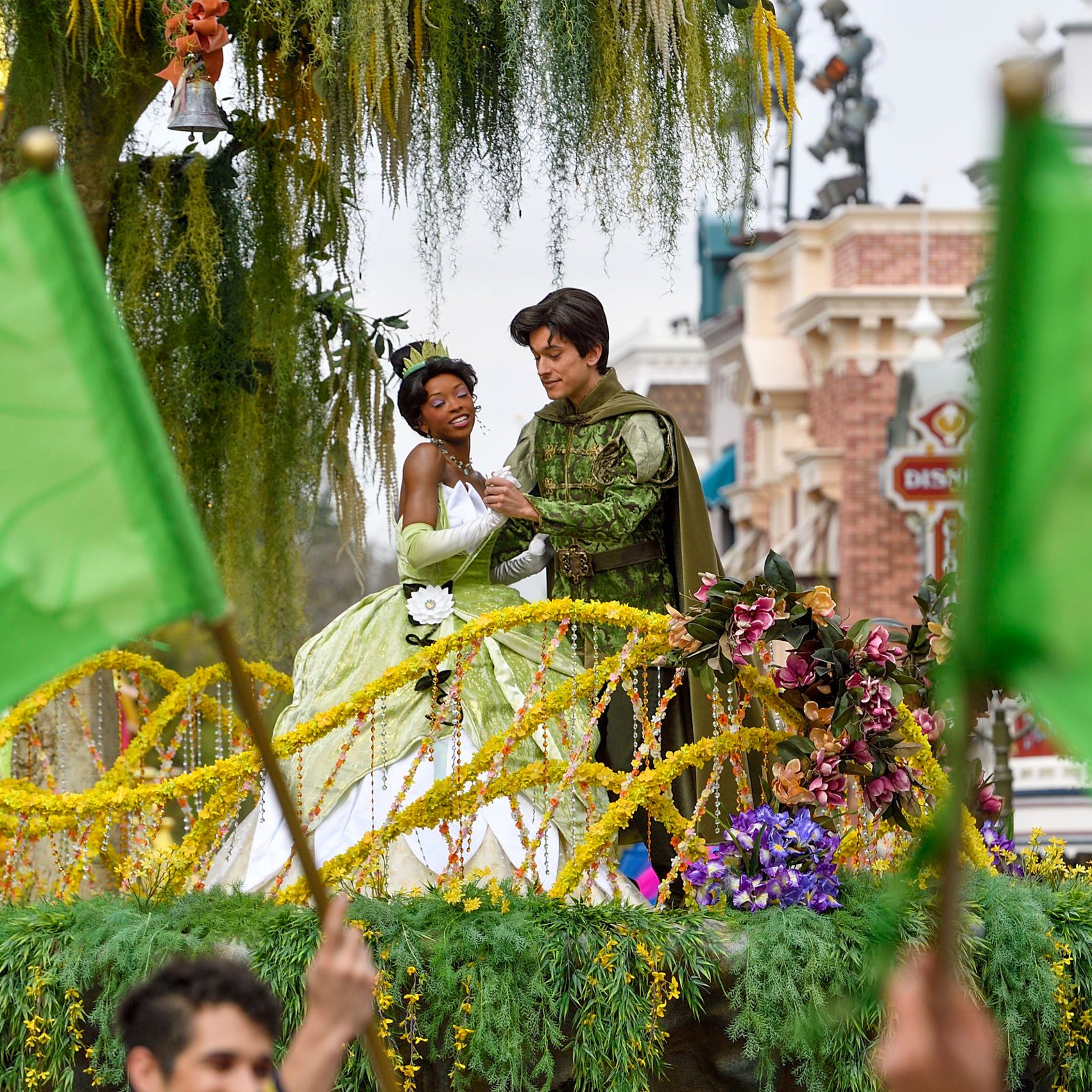 The ride concept will pick up after the movie ends and Tiana and Naveen get married. You’ll join Princess Tiana and Louis, the trumpet-playing alligator, on an adventure filled with music and beloved characters from the film, all while they get ready for their first Mardi Gras performance. You might also spy a glimpse of Prince Naveen, Mama Odie, and Dr. Facilier.

While we don’t yet know the full storyline of the ride, we do know that the structure will be the same. The outside of Splash Mountain is going to look a little different, with concept art showing Mama Odie’s houseboat stuck up in a bayou tree and fireflies covering the swamp, but the track of the ride and the big drop at the end will be the same. From the Disney concept art, we can also see that the ride vehicles will be similar to the ones that Splash Mountain uses now.

Who’s in charge of the new concept?

Any good story needs a good leader. While The Princess and the Frog has Tiana, the retheme of Splash Mountain is going to be led by Walt Disney Imagineering senior creative producer Charita Carter, who most recently worked on Mickey and Minnie’s Runaway Railway at Disney’s Hollywood Studios. Carter said in a statement, “Like Princess Tiana, I believe that courage and love are the key ingredients for wonderful adventures. I am delighted to be a part of bringing this fun-filled experience to our guests.”

Walt Disney Imagineering legend Tony Baxter will serve as a creative adviser for the new concept. Baxter was the Imagineer in charge of the original concept of Splash Mountain when it opened at Disneyland in 1989. Test your Disney knowledge with these 23 little-known facts about the Disneyland.

The World's Most Popular Disney Ride

The Disney Ride That Will Never Shut Down

How to Take the Best Disney Rides Virtually

What Is HE Laundry Detergent—And Why You Might Need It

9 Things You May Not See in Theme Parks Anymore