Basically, your brain is working overtime.

If you hear, or read, a word multiple times in a row, a strange thing might happen. All of a sudden, that word just stops making sense. Keep focusing on the word and it’ll eventually seem like nothing more than a jumble of letters, getting more baffling the more you stare at it. The oddest part about it is that the word is often not a new vocabulary word you’re unfamiliar with—it’s usually one you know well, a word as ordinary as people, truck, or love. This sentence, with the same word repeated eight times, might give you that sensation!

What’s going on in our brains when a common word suddenly seems otherworldly? Well, the name for the feeling is “semantic satiation,” a fancy way of saying “word overload.” The first description of the sensation appeared in 1907, when a psychology journal described the way a word “[takes] on a curiously strange and foreign aspect” when you see it over and over. Fifty-five years later, a psychology professor named Leon James coined the name and sought to explain the phenomenon.

According to James, semantic satiation is a type of “brain fatigue.” When we process information, neurons fire in our brains. If a neuron fires once, it basically happens immediately. If the same neuron fires a second time, it takes a bit more energy—and time. The firing takes even more time the third time, and even more the fourth time, and so on. If the neuron continues to fire, it takes more and more time for the information to process. This is what happens when we encounter the same word over and over again. The more you see (or hear) the word, the more time it takes for your brain to process it. That’s how a totally ordinary word can throw your brain for a loop. Learn some more everyday things that confuse your brain.

Next, learn which words are the funniest in English—no semantic satiation required! 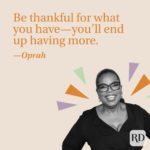