When Jill Bien found the driver of her bus unconscious, she leaped into the driver's seat and took the wheel, bringing countless passengers to safety. 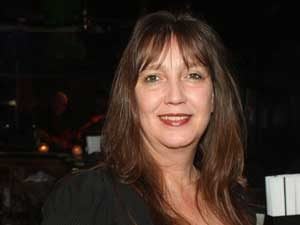 After an evening playing bingo at the Potawatomi Hotel & Casino in Milwaukee, bartender Jill Bien, 48, boarded a charter bus bound for Chicago, where she lives. About 35 miles into the 90-mile trip, Jill felt the bus drift onto the right shoulder of I-94. The bus scraped a concrete barrier separating the interstate from a ditch, then veered back into traffic.

“Stop the bus!” Jill yelled to the driver from her seat just behind him. But then she saw his seat was empty. The driver, James Rogers, 68, lay crumpled and unconscious in the bus’s stairwell. “Call 911!” Jill screamed, and with the bus careening in and out of traffic at about 60 mph, she leaped into the driver’s seat and grabbed the wheel.

“My life flashed before my eyes,” Jill says now. “Everyone on the bus was bouncing around; they were lying in the aisle. I thought, I don’t want anybody to get hurt.”

Jill carefully turned the bus onto the shoulder, bringing it to a stop.

“Thank God she got that bus over to the side,” says Marge Borkowski, who was a passenger that night. “She’s my hero.”

Emergency personnel arrived a few minutes later and took 11 of the bus’s 34 passengers to the hospital, where doctors treated them for minor injuries. (The cause of the driver’s collapse hasn’t been released.) When Jill returned home after the accident, she “bawled her eyes out,” she says. “I kept visualizing it.”

Despite lingering anxiety and bruises, Jill boarded a bus back to the casino two days later. “I didn’t want my fear to build up,” she said.

Kenosha County sheriff’s sergeant Dan Ruth, who was at the scene of the accident, told reporters he hasn’t witnessed an act more heroic than Jill’s in his 18 years on the job. “It could have been much, much worse,” he says.