At 15, He Never Thought WWII Would Involve Him. Two Years Later He Was Wading Ashore in Normandy.

“Can you guess where I am, Uncle John?” 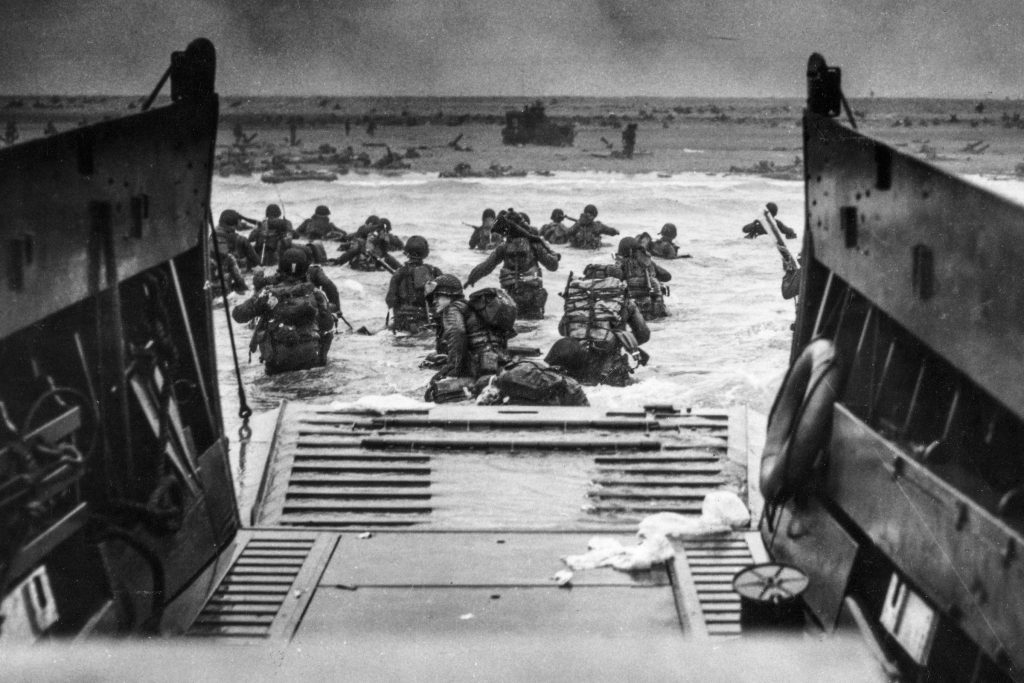 It was a typical winter Sunday in Paterson, New Jersey—bleak with just enough wind blowing to make it uncomfortably cold as we left 10 a.m. Mass at St. Joseph Church.

“Want to play some basketball?” Chicksie Clegg asked a group of us standing in front of the church, hunched over and shivering against the cold. We agreed it was something to do. We borrowed the key to the gym from the nuns at the convent and played until boredom set in.

As we headed home, one of the boys shouted, “Hey, I shouldn’t have to go to school tomorrow. Today’s December 7th and my birthday is on the 8th. So wish me a happy birthday.”

When I reached home on East 23rd Street, I walked across the front porch, glancing into the window where my uncles and aunt lived, and was mildly surprised to find no one in the living room. On Sundays, Uncles Joe, Frank and John usually sat there reading the Sunday papers.

After my father’s death, my mother, my aunt and I lived on the second floor. I raced upstairs and discovered the whole family in a semicircle in the living room. They were leaning forward and intensely focused on the family-sized radio. Uncle John was still in his Sunday-go-to-Mass suit, while Uncle Joe was in his uniform, ready to go on his highway patrol route.

Something of intense interest had their attention. My mother put her finger to her lips, signaling me to keep silent. Although the New York Giants and Brooklyn Dodgers were playing the final game of the season, I couldn’t imagine this grabbing such attention—especially from my aunt and mother. During a break in the news, my mother whispered, “The Japanese have bombed Pearl Harbor.”

“I think it’s off the coast of Alaska,” Uncle Joe said.

The radio newsman soon guided us to its location “in the American territory of Hawaii.”

“This means we’ll be at war with Japan,” Uncle John proclaimed, adding, “At least it won’t involve Jackie.” He based his prediction on my age—15 at the time.

The family meeting soon broke up, and the evening meal was particularly silent.

Fast forward to June 1944. I was crouched in the Navy landing craft, waiting for it to scrape the beach and its heavy ramp to fall open and hit the ground so I could wade ashore as a 17-year-old Navy petty officer assigned to the 2nd Naval Beach Battalion on Utah Beach, Normandy.

I couldn’t help but think of my uncle’s earlier prediction. If I’d had a cellphone back then, I would have called him and asked, “Can you guess where I am, Uncle John?”