Travelers Agree That This Is the Worst Airport in America

Hint: It's on the East Coast. 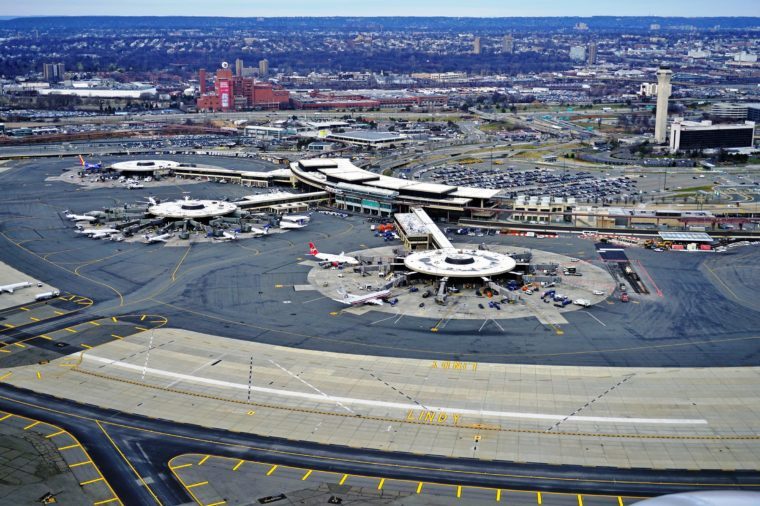 Everyone has a favorite airline—usually thanks to customer loyalty points or mile perks. But what about a favorite airport? A recent report from AirHelp looked at 132 airports starting in 2015 to find out which ones people love the most and which miss the mark.

The ranking utilizes factors including on-time performance, service quality, and food and shops for the best known and most used airports in the United States. Based on the findings, the worst airport in America is Newark Liberty International Airport (EWR). Although, it’s not the busiest airport in the world.

The Newark AirHelp score is 6.83/10. AirHelp determines this ranking by factoring in 60 percent of the on-time performance ranking, 20 percent of the service quality ranking, and 20 percent of the food and shops scores. Information from commercial vendors cross-referenced with stats from the government determines the timeliness of flights. The service quality score is based on passenger ratings on customer service, security wait lines, and cleanliness. AirHelp also asked travelers to rate food and shopping options at airports, too. These are the 5 most punctual airports in the world.

This poor-ranking isn’t new for Newark. The J.D. Power 2018 North America Airport Satisfaction Study ranked Newark with the least customer satisfaction out of 20 airports. The airport also broke the record for the worst for on-time flights. Although, that hasn’t stopped Newark from breaking another record—handling some 43.4 million passengers in 2017.

Not all American airports have such a bad reputation. In fact, the AirHelp survey scores Atlanta Hartsfield-Jackson International Airport with a 7.89 score as the highest-ranking U.S. airport. The highest performing airport in the world, however, is Hamad International Airport in Doha, Qatar which has an 8.39 AirHelp score. Thankfully none of these are one of the 16 most dangerous airports in the world.