These home security products just couldn't get the job done.

How many times have you gotten home from work to find out your package has been stolen? Or felt frustrated that a group of angsty teens vandalized your front porch without you noticing? Home security is no joke, and all homeowners, no matter what kind of home you have, can really benefit from having something that keeps your home protected, even if it’s just making potential burglars think twice before entering your home. Choosing the right home security system really depends on what kind of home you live in and what kind of life you lead, but in order to narrow down your choices, there are a few notable devices not to invest in. Make sure you also check out these 13 safety tips that could save your home from a break-in.

As you may already be familiar, Consumer Reports sends thousands of products through thousands of tests every year to find the best (and the worst) ones. Each product goes through the same rigorous assessments to analyze their effectiveness when it comes to doing what they’re supposed to do. According to this year’s tests, the following products received the lowest overall scores in the home security category and should be avoided according to Consumer Reports. If you can’t afford to invest right now, learn how you can fake a home security system and deter burglars.

The Westlock 671 is just your run-of-the-mill deadbolt. One of the tests this lock went through was seeing how well the lock could hold its own as someone tries to break down the door. A custom 100-pound steel battering ram was used to hit the door eight times to see if the lock collapsed. This assessment earned the lock a poor rating in strength, in addition to being too easy to pick and drill through.

Similar to the Westlock, this smart lock wasn’t able to withstand the door being kicked in, drilled through, or picked. Even while the MiLocks ZWF-02BN was secured with another product, it still broke. While smart locks are certainly tempting, there are other smart locks out there that can hold their own a little better than this one. Don’t miss these signs that your house is vulnerable to being robbed.

A doorbell with a camera? No more inching your way around the couch to get a peek of who’s at the door! Except with the Netvue Belle AI, the video quality is pretty low even in a setting with good lighting so you may still need to hide. Since you won’t be able to see much even in broad daylight, imagine how poor the quality would be at night which is arguably the best time to be using a product like this. It also takes approximately 13 seconds from the time the doorbell rings to an alert popping up on your phone—a time that is long enough for someone to assume you aren’t home. Check out these secrets from real burglars about what they don’t want you to know.

What are some better alternatives?

When you inevitably forget your key and try to break down the door, you definitely won’t be getting inside anytime soon. Hope you have a warm enough coat for your night sleeping on the lawn! The Medeco Maxum 11*603 is the strongest deadbolt across a wide range of categories. It’s the only lock that was rated by Consumer Reports as “Excellent” after confronted with a drill. It also was able to withstand being kicked as well as picked. This lock comes with a lifetime warranty on its internal apparatus and its varnish so it will always be in the best shape possible. 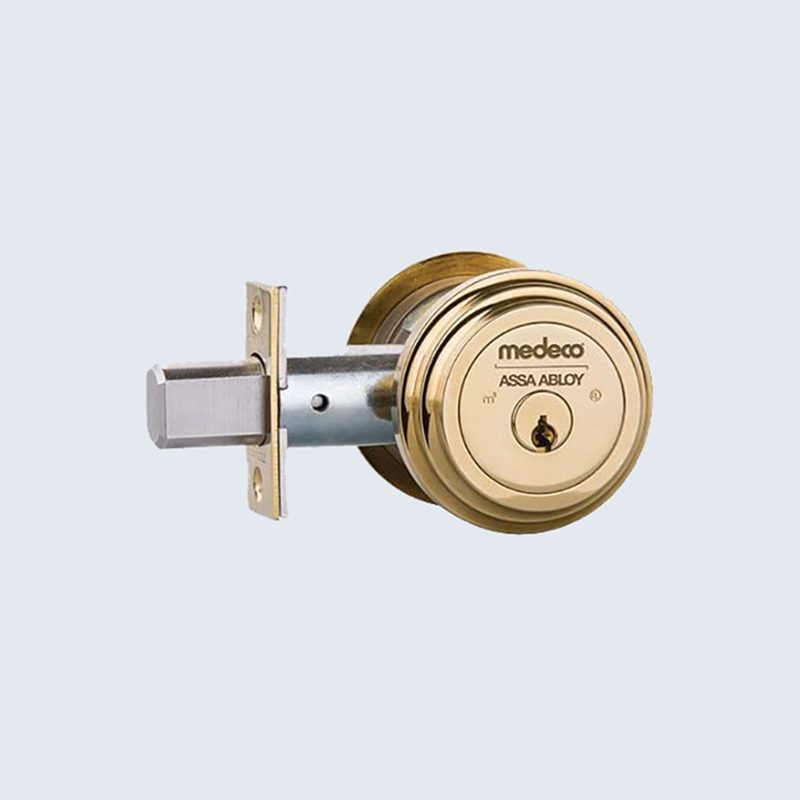 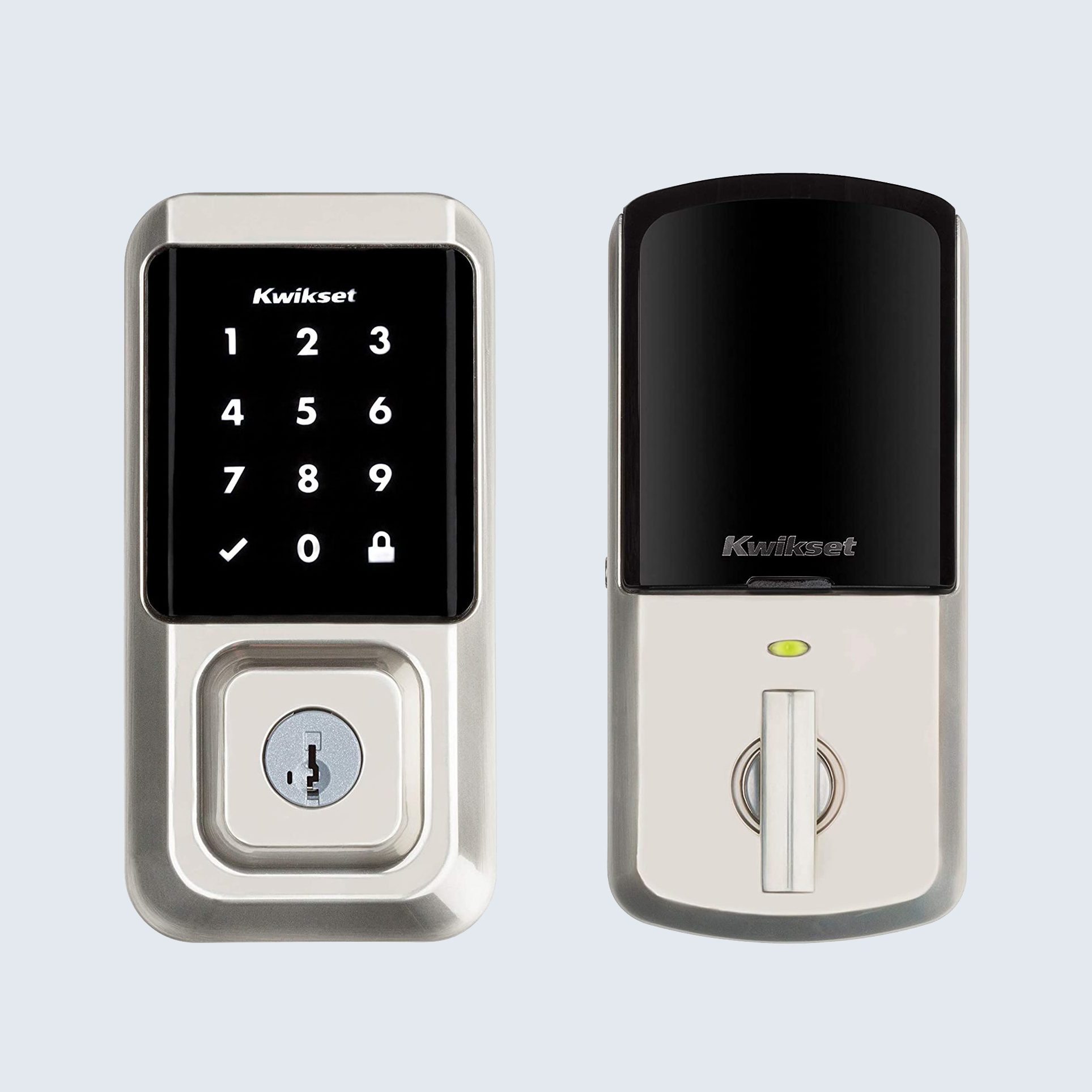 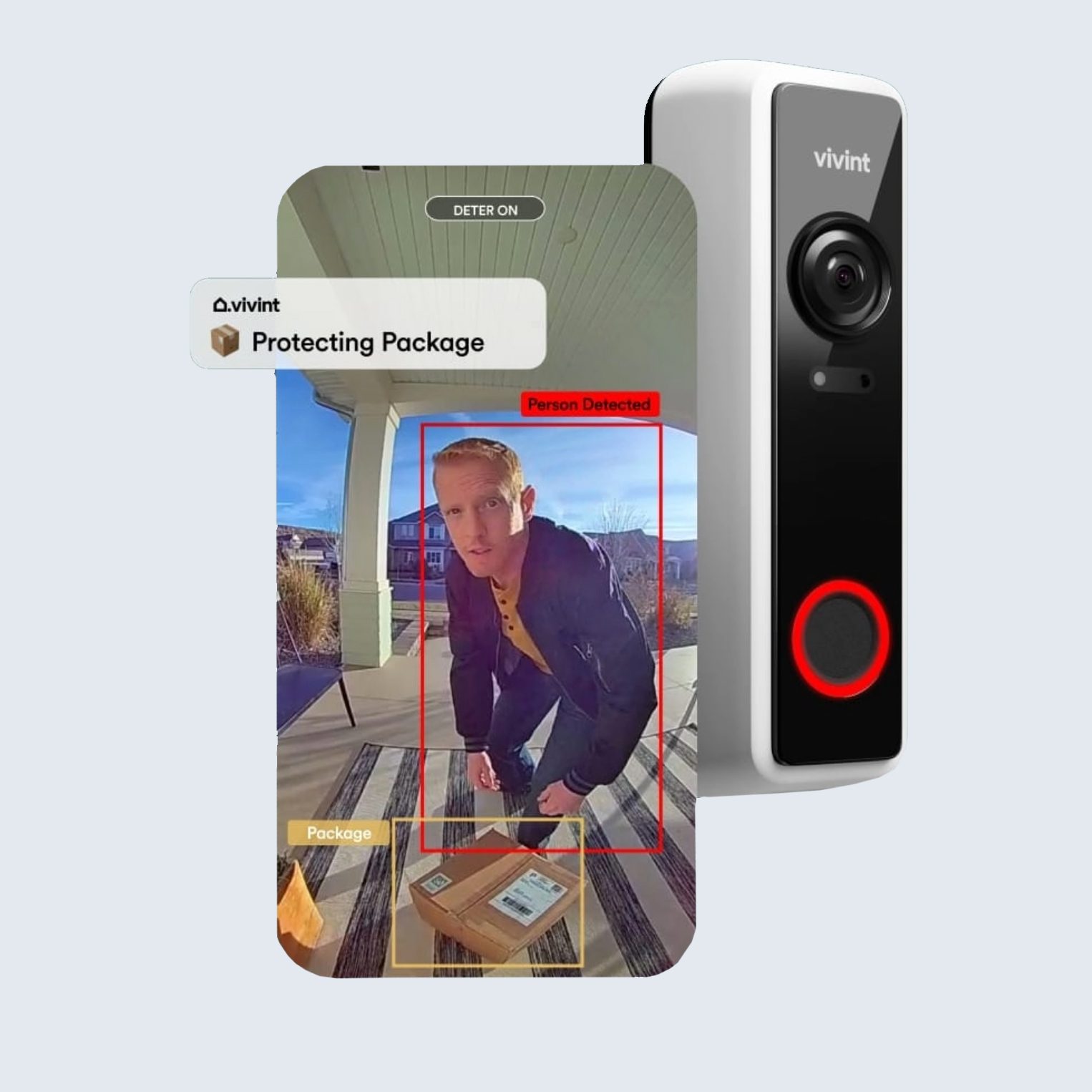 Here’s a smart lock that will get the job done that even those who need to read a technology book for dummies will be able to install. The Kwikset Halo 939WiFiTSCR is one of the most popular on the market and it doesn’t require an extra step to connect to a remote control or other smart home devices. While the Kwikset is vulnerable to incidents with a drill, it holds its own when it comes to kicking in the lock and picking. It includes an access log to keep track of who comes and goes, an auto-lock feature, a touchscreen keypad, the ability to create multiple PINS for guests, and voice control. Oh my! Learn from the true experts themselves with these sneaky ways FBI agents protect their homes.

You can bet no one will try to steal any of your packages with the Vivint Doorbell Camera Pro. The outdoor camera allows you to view a live feed whenever it senses activity outside, plus the camera will light up with an LED light to let the person on the porch know that you can see them. You can even try out your evil villain voice to scare them away and record the footage to laugh about later. Next, check out more of the best home security systems according to experts.

14 Things Home Security Experts Never Do in Their Own Homes

The 10 Safest Smart Doorbells for Your Home