Here’s What to Expect from the Next Yellowstone Prequel, 1923

Like the powerful Montana ranching family it revolves around, Yellowstone is a juggernaut. The modern-day Western drama starring Kevin Costner has become one of America’s best TV shows. And lucky for fans, its universe is expanding once again with a second Yellowstone prequel, 1923, premiering on Paramount+ this month.

The most-watched cable television show in America, Yellowstone consistently breaks ratings records—the recent Yellowstone Season 5 premiere drew 12.1 million viewers, an increase from the previous season’s already-impressive 11.2 million. The popularity of the Dutton family has meant that co-creator Taylor Sheridan, an actor turned writer and producer, has been busy building a streaming macrocosm for Paramount—he has at least eight series currently in production or development with the studio, five of which are in the Yellowstone universe.

He’s already successfully spun off one Yellowstone prequel (the existing 1883, starring Faith Hill, Tim McGraw and Sam Elliott) and has gathered A-list talent for 1923, a second origin story that will be set during the Great Depression and star Harrison Ford and Helen Mirren as the latest ride-or-die Duttons.

While it remains to be seen whether the series about the complicated family of ranchers will earn its place among America’s classic TV shows, one thing is definitely true: Yellowstone fans, and those who love Western movies, are chomping at the bit for more. While you wait for the Dec. 18 debut of 1923, pick up these books to read based on your favorite TV show (Dutton fans, there’s something for you). And in the meantime, here are all the Yellowstone universe details audiences are dying to know.

According to impressive Nielsen stats, it’s the biggest thing on the small screen since The Walking Dead. Set in the high-stakes world of cattle ranching, Yellowstone follows Costner’s patriarch John Dutton III and his wealthy, powerful and highly dysfunctional family. He’s battling his own blood as well as forces outside of it, including unwanted urban developers, politicians, Native American reservations and the Environmental Protection Agency.

Yellowstone is steeped in U.S. history, or rather the consequences of it, and with its layered relationships and intricate conflicts and schemes, it has all the makings of a family drama. The Duttons have worked the land for six generations and become local royalty. But times change, and everyone wants a piece of the kingdom. To hold it together, Dutton, his children—Luke Grimes (Kayce), Kelly Reilly (Beth) and Wes Bentley (Jamie)—and his team of extremely loyal, branded men must stay two steps ahead, which can mean strategies that aren’t exactly legal. The current season, which began in November, finds Costner’s Dutton—spoiler alert!—elected governor, inspiring a new round of conflict both within the family and outside of it.

When is the next Yellowstone prequel 1923 coming out?

The eight-episode inaugural season of 1923 will premiere on Paramount+ on Dec. 18, which means the second episode arrives on Christmas and a new installment will release once a week thereafter. Paramount Network is also airing the premiere as part of a special simulcast event on Dec. 18.

The Yellowstone prequel 1923 is set during the Great Depression and Prohibition eras and picks up about 40 years after the Duttons put down roots in Montana, a story told in the original Yellowstone prequel, 1883. In the early 20th century, the Dutton family will survive the aftermath of World War I, frontier lawlessness, a growing competition for resources, the building of the railroads, an economic depression, pandemics and a historic drought plaguing the Mountain West.

The ranch and the family are now in the capable hands of Jacob and Cara (Harrison Ford and Helen Mirren), and like the modern-day Duttons, threats to their way of life lurk around every corner. One of the primary thorns in their side is the sheep men and their leader, Banner Creighton (played by Game of Thrones‘s Jerome Flynn), who are willing to go to blows over grazing rights for their woolly herd.

It could be said that 1923 is to Yellowstone what House of the Dragon is to Game of Thrones: one chapter in the origin story of a fascinating fictional family that demands loyalty, has questionable morals and will do just about anything to maintain power. Here, you trade fire-spewing dragons for cows, bison, steeds and action that goes back a century on the Dutton family tree.

Like most prestige television these days, the Yellowstone-verse can lure A-list movie stars to the small screen, and 1923 is no exception, with Academy Award nominee Ford and Academy Award winner Mirren. Ford’s Jacob Dutton is the brother of 1883‘s James Dutton (McGraw), and Mirren is his longtime wife, Cara, an Irish immigrant by the sounds of her accent. (Fun fact: The two actors also played a married couple adventuring in untamed lands in 1986’s The Mosquito Coast.)

A new generation of Duttons will also be introduced. The Dutton children from the 1883 timeline are now in their late 30s and 40s and have children of their own in their 20s. The last time audiences saw John Dutton Sr. (the great-grandfather of Costner’s John Dutton III), he was a little kid. Here, he’s played by James Badge Dale and has grown up to manage the ranch alongside his uncle, Jacob, marry Emma (Marley Shelton) and have a child of his own, Jack (Darren Mann), who is learning the ropes as a ranch hand, not unlike his future relative Kayce. Michelle Randolph stars as Jack’s lover, Elizabeth Strafford, while Brian Geraghty is one of the family’s most loyal henchmen, Zane. Audiences will also be introduced to Spencer Dutton (Brandon Sklenar), John’s brother who is haunted by the atrocities of World War I.

What is the difference between the Yellowstone prequels?

While they’re set about 40 years apart, both Yellowstone prequels tell part of the origin story of the powerful, present-day Dutton ranching empire.

This 10-episode Yellowstone spinoff stars real-life couple McGraw and Hill as James and Margaret Dutton, the great-great-grandparents of Costner’s John Dutton III. It premiered in December 2021 and took viewers back to the late 1800s, when the Duttons embarked on a wagon train from Fort Worth, Texas, through the Great Plains. Guided by a Union Army captain (Sam Elliott) and a Buffalo Soldier (LaMonica Garrett), the journey in the lawless wild, wild West is dangerous. And before they can reach their final destination, tragedy leads them to a gorgeous Montana valley that would become Yellowstone Ranch.

No new seasons are in the works, according to Paramount+, and while James and Margaret, the couple who paid a heavy price to establish the ranch, were missing from the 1923 trailer, what became of them is expected to be revealed in the new show.

The newest Yellowstone prequel, 1923, jumps ahead in the Dutton family history several decades when the young son of James and Margaret is all grown up. John Dutton Sr. is spending his middle-aged years as the ranch manager, alongside his uncle, Jacob Dutton (Ford). There are eight episodes in the first season, and while a second season has not been announced or confirmed, sources at Paramount+ have refrained from labeling it a limited series thus far.

Where can I watch 1923, Yellowstone and other spinoffs?

While Yellowstone, the TV show most associated with the Paramount brand, cannot be binged on its own streaming service (Paramount+), the various Yellowstone prequels can. (Early on, Paramount and Peacock signed an exclusive licensing deal that gave Peacock Yellowstone streaming rights.)

Unfortunately, none of the shows in the Yellowstone cinematic universe are available on free streaming services.

Are there more Yellowstone prequels or spinoffs in the works?

Yes, and lucky for fans, Sheridan is prolific and promises he is just getting started with the Yellowstone universe.

Beyond prequels 1883 and 1923, two more spinoffs are in the works. The first, 1883: The Bass Reeves Story, takes place in a parallel world to the Dutton settlers’ storyline and follows Bass Reeves, the first African-American U.S. Marshal west of the Mississippi. Sheridan says he handpicked David Oyelowo (Selma) to play the titular character because he “is a once-a-generation talent.” Yellowstone‘s Cole Hauser (Rip Wheeler) teased that he’ll appear in the spinoff, but that has not been officially confirmed.

Also in the Sheridan production pipeline is another loosely related Yellowstone spinoff called 6666 (about the Four Sixes Ranch). True fans will recognize the number as the name of the real-life West Texas livestock outfit and horse breeder, where Jimmy is sent to work in Season 4. Like Yellowstone, it will be a modern-day Western about, as the official logline reads, a “steeped-in-history ranch where the rule of law and the laws of nature merge and where world-class cowboys are born and made.” Paramount+ has not yet announced a premiere date for it.

If you enjoy Sheridan’s style of storytelling and have already worked your way through the best TV shows on Netflix, must-watch Amazon Prime Video TV shows and the best Hulu TV shows, you might want to give his latest creations, Tulsa King (starring Sylvester Stallone) and Mayor of Kingstown (starring Jeremy Renner) a try. Another Sheridan-created show called Land Man, starring Billy Bob Thornton and based on the chart-topping podcast Boomtown, is coming soon.

Need some other popular shows to tide you over until Dec. 18? Stream Bridgerton Season 3, The Handmaid’s Tale Season 6, The Witcher Season 3 or Dead to Me Season 3.

Classic Shows You Can Binge on Netflix

Best Movies from the Last 100 Years

The Best TV Shows of All Time 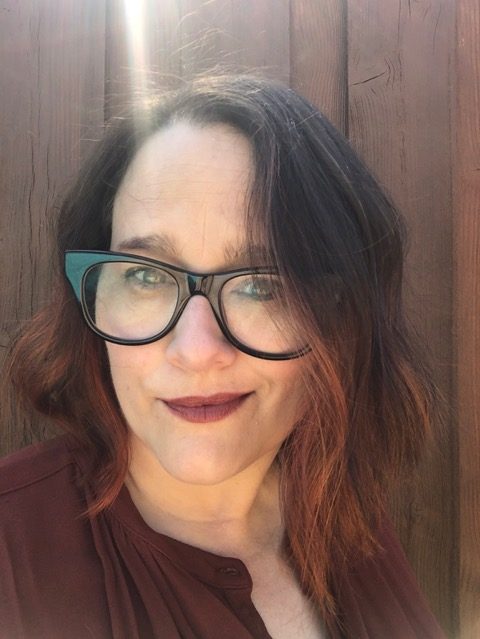 Carrie Bell
Carrie brings more than 20 years of experience writing about entertainment, pop culture, travel, and lifestyle topics for national magazines, newspapers and websites to RD.com where her coverage runs the gamut between road trip guides, Star Wars locations you can visit in real life, best crime shows and infamous awards show scandals. She has a journalism degree, two spoiled cats, a wicked snow globe collection and a desire to visit all 50 U.S. states by 50 (She just hit no. 41.).
Now Trending
46 Best Subscription Boxes for Beauty, Style, Home, Food, Drink, Pets, Kids and Hobbies
Is ‘The Last of Us’ Fungus Real?
The “You” Season 4 Trailer Has Us on the Edge of Our Seats: Here’s Everything We Know So Far